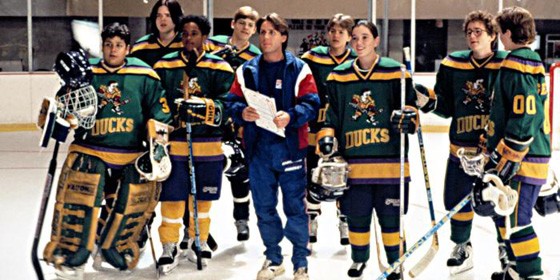 Is there a greater trilogy of movies about the sport of hockey than the Mighty Ducks? Absolutely not. The epic story of a random group of kids from a small town in Minnesota moving to represent the entire country in the Junior Goodwill Games, followed by them becoming a JV team for a local high school, is a classic.

The movies taught us important things, like how to play “three bar,” how evil the country of Iceland is, and that no matter how bad things seem you can always change into a “Ducks” jersey and find a way to win. 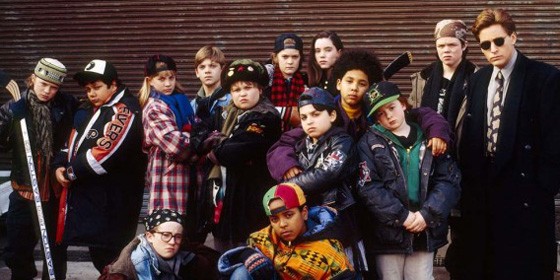 The roster had some turnover in all three movies, fortunately Wikipedia does a terrific job of breaking down the different player’s participation. I have taken on the important task of coming up with the top three lines for the Mighty Ducks, enjoy… 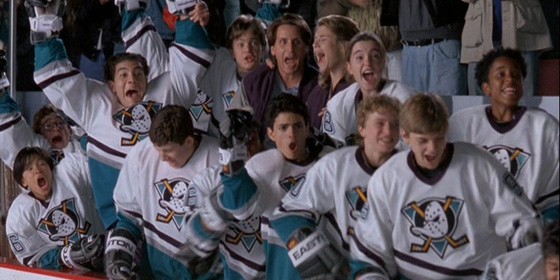 C – Adam Banks – A no-brainer, as Banks was the team’s best player throughout all three movies. I am not sure of his official goal total but it seemed that he was putting one in the net every few seconds.

LW – Guy Germaine – Maybe a bit of a surprise here, but he lasted through all three movies. He wasn’t the flashiest player but was still productive.

RW – Connie Moreau – The chemistry on the first line is important here, as you let Guy and his girlfriend work together. You have three originals, who played together in all three movies starting the game out for you.

D – Fulton Reed – The Bash Brothers…of course, Reed is also a presence in all three movies and has a vicious slapshot.

D – Dean Portman – The other half of The Bash Brothers. Portman is the only starter not in all three movies, but the chemistry with Reed can’t be ignored. He also managed to get accepted in Eden Hall Academy, in the middle of a game in the third movie. 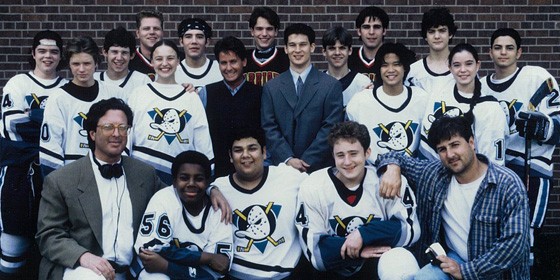 C – Jesse Hall – Don’t sleep on Hall’s talent. There was a reason he went first in the team’s shootout victory over Iceland in the second movie and was always leading the flying V. It always bothered me that he didn’t join the rest of the team at Eden Hall.

LW – Dwayne Robertson – Amazing at handling the puck and providing southern humor to the sometimes uptight Ducks, he joined the squad in the second movie.

RW – Kenny Wu – Olympic figure skating type moves and improved his toughness thanks to some teaching from Russ Tyler. Similar to Robertson, he joined the team in the second movie.

D – Russ Tyler – Knucklepuck shooter who taught the Ducks the importance of playing “street hockey.” I am not sure if they find a way past Iceland without Tyler, who was able to take a break from chugging Orange Soda with Kel to join the team.

D – Greg Goldberg – The team’s primary goaltender through the first two films, but selflessly makes the move to defense in the third movie to allow Julie “The Cat” Gaffney to take over in net. 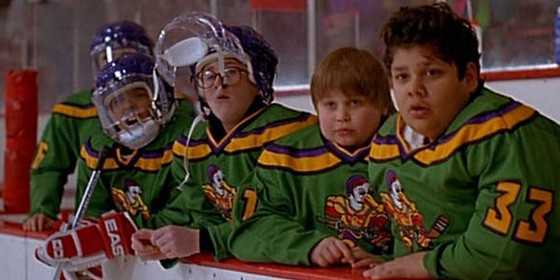 C – Charlie Conway – The de facto leader of the team, even though his skills aren’t quite on some of the other player’s level. Maybe the smartest move he made was sitting himself down in the championship game against Iceland when Adam Banks returned from injury.

LW – Luis Mendoza – Fastest player on the team but he struggles to stop, despite Jan attempting to teach him how to in the second movie.

RW – Lester Averman – The team goofball, who doesn’t seem to even be good at hockey but sticks around through all three movies.

D – Dave Karp – A quiet role in the first movie, Karp didn’t make the cut for the Junior Goodwill Games. Something that I am sure he is bitter about to this day.

D – Tommy Duncan – Simialr to Karp, didn’t get the call up with the big boys for the second or third movie.

Goalie – Julie “The Cat” Gaffney – Made herself a legend with her glove save of Gunner Stahl to beat Iceland for the championship in the second movie.