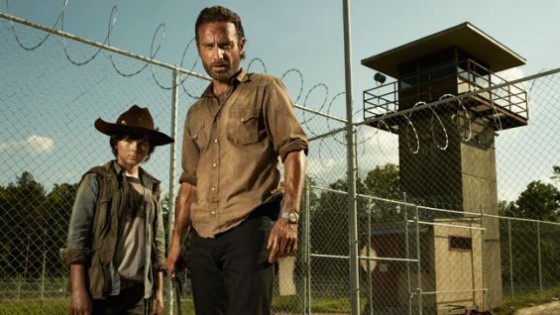 The second half of Season 3 of The Walking Dead resumes this Sunday night at 9pm on AMC. I know it’s only been a couple of months since the series broke for winter, but my zombie-bludgeoning itch needs to be scratched, pronto. Last we left our band of weary survivors, Rick was escaping Woodbury with Glenn and Maggie in tow, while Daryl was preparing a throwdown to the death with big bro Merle inside the town’s gladiator coliseum, thanks to the bitter cyclops known as The Governor. With eight episodes remaining in what thus far has been a harrowing season, many questions need to be answered. Here are the ones at the top of my list.

What Becomes of Merle? 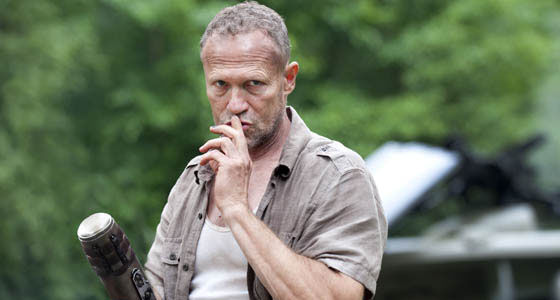 Due to the sneak peeks that have been running since December, it’s obvious that Daryl gets out of Dodge alive. But what about Merle? Does The Governor really let his former right hand (pun intended) man duel with “terrorist” Daryl? If so, would Daryl actually kill his kin, or would Merle do the unthinkable and sacrifice himself? Perhaps that nitwit Andrea will intervene, causing a distraction that allows Daryl to flee and Merle live. I’m sure all will be revealed within the first ten minutes on Sunday night. 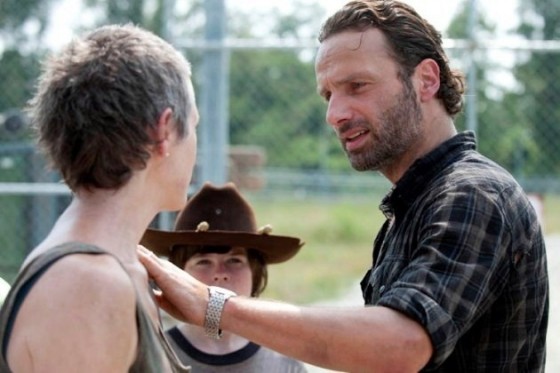 Ever Since Lori was turned into a seven course meal by boiler room walker, Rick has been spiraling out of control, what with those phantom phone calls and excruciating looks of panic every time he gazes at Carl or his newborn daughter, Lil’ Ass-Kicker. Not to mention, the body count has risen since he took total command: wifey, a pair of black dudes, Hershel’s leg. Problem is there aren’t many candidates to fill Rick’s spot. Glenn has the chops, but I’m not sure he’d want it. Michonne is a certified loner, so no dice. Daryl still doesn’t talk enough. See, the options are limited.

How Long Will Tyreese Live? 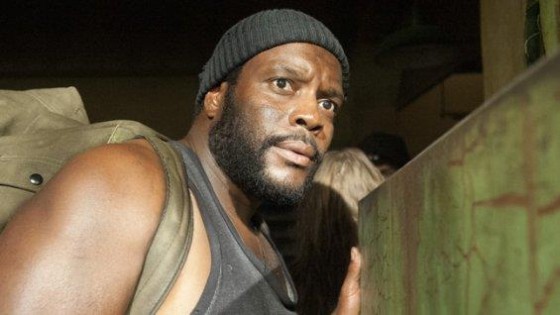 The life expectancy of brothers on this show has been much discussed. Sure, T-Dog lasted two-plus seasons, but his amount of screen time and dialog was limited up until his demise. And poor Oscar never even got a chance to carve out a niche before he took a bullet to the heart during the raid on Woodbury (stupid Rick and his Shane guilt). That said, Tyreese might be different. He has leadership skills and appears to be a badass fighter, although something tells me he’s concealing inner demons that will contribute to his undoing. 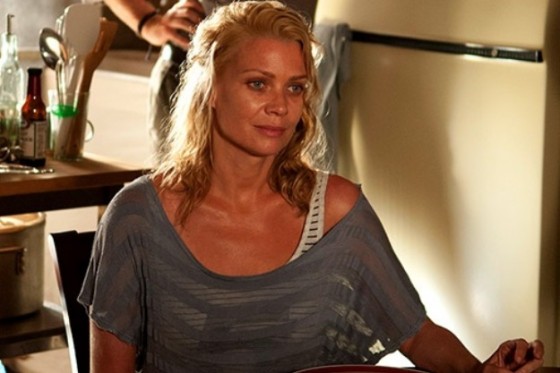 Despite the deaths of Dale, Shane, T-Dog and Lori, the group has yet to suffer a catastrophic loss, i.e. one that could possibly destroy the foundation they’ve been building for months. Odds are at least one of the core characters will attend the great gig in the sky by season’s end, but who will it be? Glenn has been skirting the grim reaper since the beginning, so perhaps his luck finally runs out (I hope not). I won’t even debate Daryl, because I’m likely done with the show if he gets got. That leaves Andrea or Maggie. The former is very deserving, while the latter would sadden me greatly.

Who Wins the Prison? 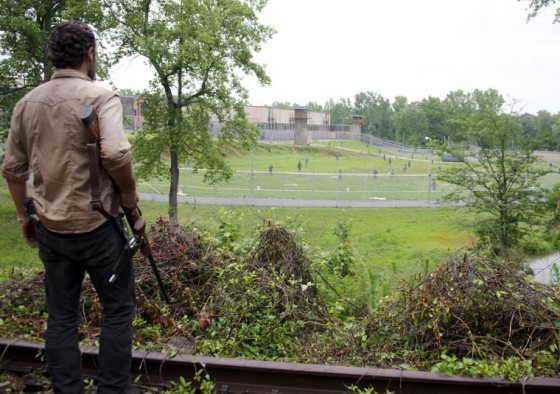 The Governor appears dead set on seizing control of the prison based on his bitching to Merle about Rick being able to conquer it with only a few helping hands. The question is, why does he want it so badly? Even though his security force is shit, the set up at Woodbury is still pretty sweet. Revenge for Rick’s invasion is one thing, but pulling up stakes for a prison that clearly isn’t as impenetrable as it seems is kinda dumb, no? Maybe his desire is purely for resupply purposes. Whatever the case, one side has to come out on top, because a neighborly truce between Rick and The Governor ain’t gonna fly.

What is Michonne’s Role? 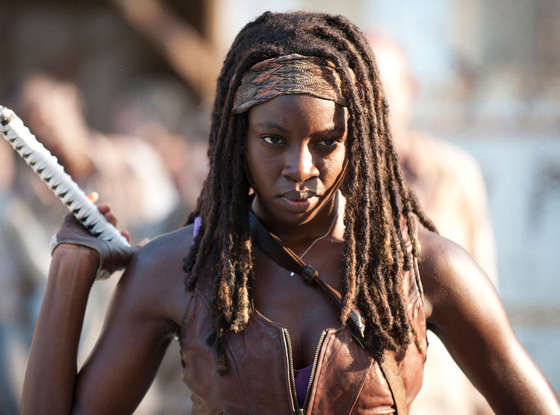 She scowls, then beheads a zombie. She mumbles, then impales little Penny through the mouth. She broods, then pokes out the Big Man’s eye with a shard of glass. I love Michonne — she’s my kinda warrior chick. But how she exactly fits in with the group dynamic is still a mystery. Rick and Co. don’t fully trust her, and Andrea dumped her cold in order to grab some Governor penis. I think she doesn’t want to be alone anymore, but she has serious trust issues of her own. It will be interesting to monitor how new showrunner Scott Gimple approaches her character.