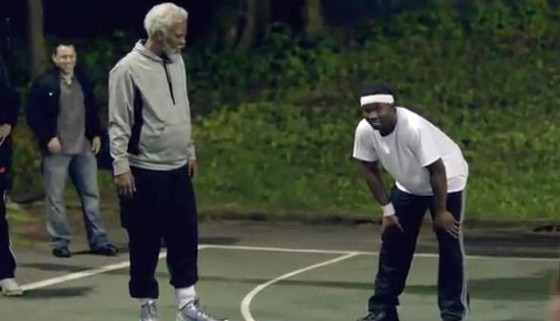 Okay, what you’re about to see is basically a five-minute commercial for Pepsi MAX, but before you annoyedly roll your eyes and return to watching your illegally downloaded copy of The Avengers, take the time to witness one of the NBA’s best young ballers show off his killer crossover and not too shabby acting chops. Cleveland Cavaliers’ Rookie of the Year, Kyrie Irving, is Uncle Drew.

Am I alone in hoping Irving wins an NBA title with the Cavs before LeBron does with the Heat? Yeah, I didn’t think so.