Uncle Sam and the Pantheon of American Spirits 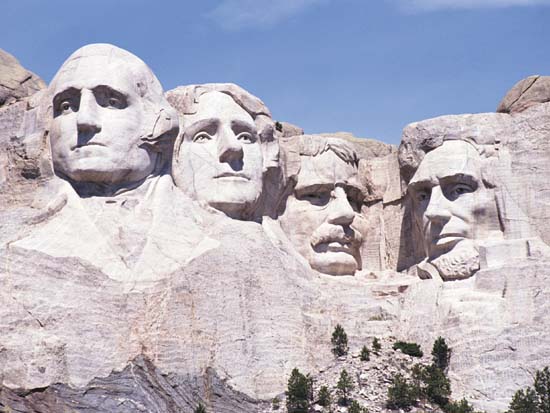 The ancient Greeks had the Gods of Mount Olympus. Over the centuries of existence in what became the United States of America, Americans have developed their own Pantheon of Spirits and Symbols that serve to inspire as well as unify. Not all of these spirits have accomplished their goal, but each represents the time in which they were brought up. In America, we have our own mountain. In this mountain, there are carved the faces of leaders past. It is a nice thought that the Spirits of America would reside at that very same mountain. They would be ready as ever to do their duty. At any rate, it is really fun to say “Meanwhile at the Mount of Rushmore….”

Below are other famous American Spirits, led off by the most famous of all, Uncle Sam. 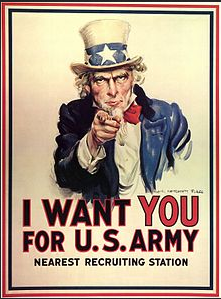 Uncle Sam is based on meat packer Sam Wilson, who theoretically was born on this day, September 13th, back in 1776. The image was created by James Motgomery Flagg during the latter stages of  World War I. Sam's image was used heavily as a recruiting tool during World War II. Sam's image also reminded people to pay their taxes.  In addition, Sam was also a super-hero for Quality Comics during the World War II era. Later on, Sam as a comic book character was purchased by DC Comics. Uncle Sam ( as a comic book character ) featured prominently during the Crisis on Infinite Earths storyline. Recently, it was revealed that Sam ( at least as a comics character ) has existed in different forms as a 'spirit of America.' The classic image of Uncle Sam however will evoke feelings of American patriotism as well as memories of past deeds to this day. In 1989, a joint resolution of Congress designated September 13th "Uncle Sam Day". 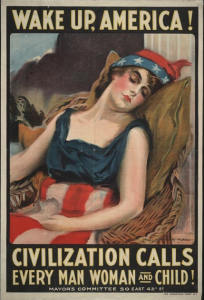 Columbia is the earliest personification of the 'Spirit of America.' Columbia was first spoke of as the American goddess of patriotism in a poem by Phillis Wheatley. Columbia often took the form or a woman wearing an American flag as a dress. Often, she would be seen in her 'cap of liberty' as well. Sometimes, the cap of liberty was replaced with a Native American headdress. It is said that Columbia was a united spirit of America up until the War Between the States. That is when legend holds even the spirit of the United States split in twain. 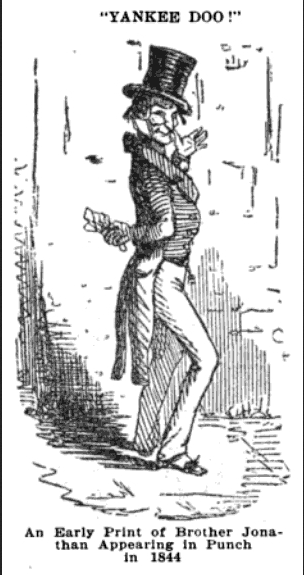 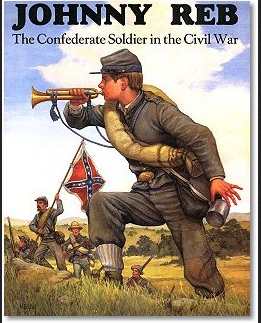 The Gods of Mount Olympus were not completely free of having quarrelsome children. In any Pantheon, the American Spirits who reside in Mount Rushmore are no different. Johnny Reb  is the spiritual son of Brother Jonathan. Johnny Reb inhabited the Southern states longing for a return to the Articles of Confederation. Reb's whispers in the South became a roar. That roar became known as the Rebel Yell in which the Confederate Army released the spirit of Johnny Reb through their mouths.  Johnny Reb became the spirit of southern independence. While Reb was defeated, he was not completely vanquished. Johnny Reb remains kept alive ( albeit weakened ) by loyalists to this day. 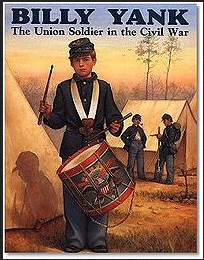 Columbia is a kind spirit of protection. She is many things. A fighter is not among those things. For that, she would have to rely on her pugilistic spiritual son. His name was Billy Yank. Yank is a fighting spirit sent by Columbia to protect against the rebellion incited by Johnny Reb. Billy Yank became a symbol of American unity. Unlike Columbia, Yank possessed the ability as well as the desire to fight. Billy Yank imbued the spirit of the Union Army. When Confederate soldiers saw their Union counterparts, they would not see men fighting them. The Confederate soldiers would see the spirit of Billy Yank inhabiting the Army compelling them to fight on. 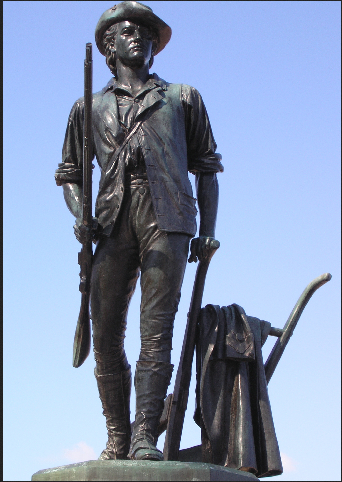 The Spirits of America did not always exist. They had to be born. They were born in whispers. The whispers started to become strong. As the pieces of the new Spirit of America came into being, they had to grow. In order to grow, they attached themselves to the bodies, hearts, and minds of men in order to survive. The primordial form of the Spirit of America took on the personification of the Minute Men. The Minute Men were revolutionary warriors ready to fight and die at any given moment for the fledgling ideas and spirit of their new nation. As the Minute Man spirit coalesced and eventually split into the Spirits we know today, the Minute Man spirit still searches for patriots to hold on to the ideals of America. The Minute Man spirit will still possess as well as empower those who are willing to drop everything to become protectors of America. 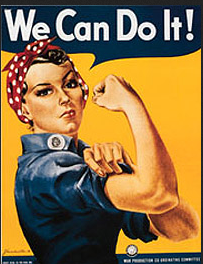 Rosie The Riveter is the youngest spirit in the Pantheon. Rosie first chose to reveal herself in 1942. Rosie came to inspire women to work as well as become newly empowered for generations. Rosie's spirit remained homeland with the women while the men fought in World War II. However, once released, Rosie's spirit did not fade. She inspired women to keep working as well as to keep feeling empowered. Like Batman, Rosie the Riveter became a symbol. She was not a symbol of her first job patching together bombs, but rather of the power of women to save a country. The same power that would lead women to the workforce and eventually into the battlefield themselves. In that, Rosie became the newest as well as the oldest representation of the hard working frontier Spirit of America.