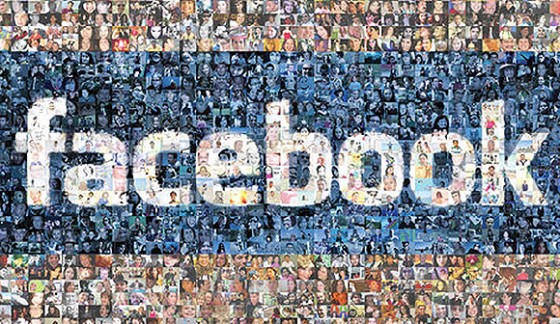 Okay, kids. It’s high time you all learned something today. Ready? Sit down, put away any sharp things you might be juggling and pay attention. Here it is: Facebook sucks. Yep, that’s the cold, hard truth of it all, friends: Facebook is a giant, hungry, screwed up, pain in the ass that sucks so very, very hard. And trust me, I know first hand because I have been living inside its drooling, corporate, egotistical, childish, mouth for the better part of seven years. Seven long, arduous, pointless, worthless years that I will never, ever get back.

Facebook is like hepatitis. Seriously. Once you get that shit inside you, you are in it for life, son. It grabs hold, sucks you off, and never let’s go. It is a dirty, fiendish whore who charges in time and life, returns the favor with empty promises and shallow, contrived companionships, and spits its unswallowed orgasms back in your face. It is the shittiness by which all other shittiness shall forever be measured. And you know the worst part? We all love it. Maybe we hate to love it, and maybe we kiss its filthy fucking toes, but we all love it. 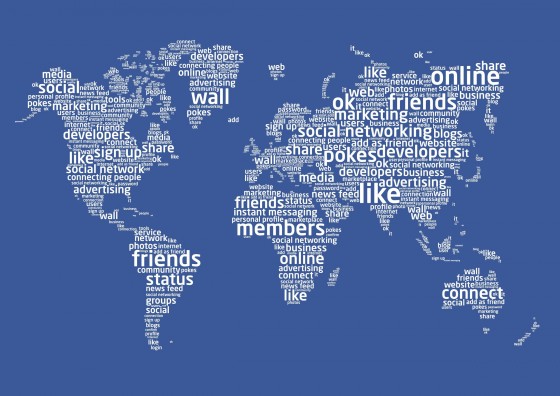 Those of us who have friends love Facebook even more. I will be the first to admit that lo those sevenish years ago I was dead set against ever falling into the slimy lust pit that is Facebook. All the friends I had were within arm’s reach and I was as content as you read about. Then… well, then I can only assume you can all guess what happened. That’s right, I married into the dirtiest, most ass-backward relationship of all time. I joined the cult and from then on my life changed. For the worse, you ask? Well, I suppose if you equate ‘worse’ to something akin to jamming a friggin needle full of heroin into your vein, then yeah, worse. But is it any better, you might also be asking? Absolutely. Wait, how the hell can that be? Because people. People, as we know, are the life-blood and soul of Facebook. Without us there is no it. So I found ‘people’. More and more people I knew from years past, from places long forgotten, and from times long turned into hazy memories. And then I was in love. I was in love with a callous, thieving prostitute whom I paid in precious days. 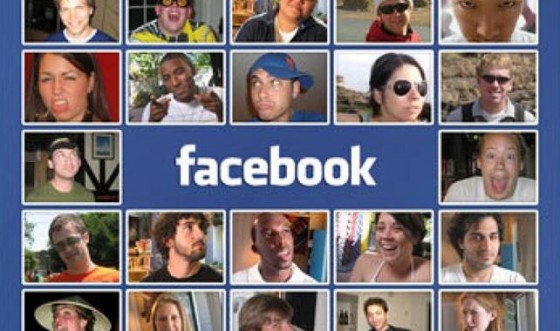 See the thing about Facebook is that it was never intended to be a million-headed hydra with gnashing teeth made of games and slashing claws made of ads, but here we are. No, its original purpose was just to draw people closer together and reunite people with people they’d forgotten and people they missed. It was always all about people and more people… oh what did they know (to paraphrase John Cougar). Eventually, as most things do, it turned lascivious and grimy. It became Sodom for people who had no other way. Communication became less about verbal back-and-forths and more about how quickly one could Thumbs-Up a picture of a fucking kitten. People became less human and more eyeballs and fingertips. Facebook replaced our souls with toxic internet garbage and called it Social Media. And from then on we were nestled comfortably in the creatures vast fat rolls. 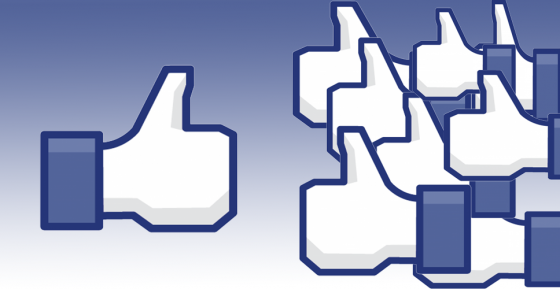 But we do Facebook because we feel like we have to. Shit, I feel like I have to every day as frequently as possible. Why? Because it is, literally, everywhere! Our phones, tablets, Cable systems, computers, in our libraries, airports, restaurants, bars, malls… it is all-consuming and has absolutely taken over. I feel as though I have to know right away what is happening with every one of my friends right now! I have to know immediately how people feel about Star Wars, The Walking Dead, the new Fratellis music, the new Stephen King book, the new James Bond movie… I need to know all of it and I need it to fill my brain with all of its useless, unnecessary tendrils of tedious drivel right fucking now! Because that is what Facebook has done both for us and to us. It is no longer a chore or a minor inconvenience to find opinions on every single subject under the sun because Facebook will provide the nourishing teat for us. And we suck, and we suck, and we suck and the whore mother just sits back, grins a little sly grin, and pats our heads. 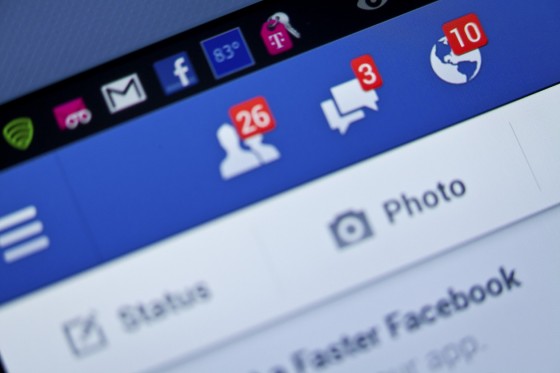 Then the ads came. The onslaught of ads that fill every nook and cranny of Facebook. The ads about food, shoes, films, internet TV, eye surgery, sports, beer… you name it. If you’ve ever shown an interest in anything online, Facebook has found out about it and has posted a billboard all over the damn place. But the worst thing is those sneaky links. Those rat-bastard fucking links that rub your erogenous parts with some kind of exciting thing that you just have to read right away and… WHAM! A full-page ad pops out of the brittle tin and overtakes your entire screen! What the hole hell is that? I was just reading the subtle nuances of Taylor Swifts song writing oeuvre and out of fucking nowhere comes this ad about Axe Body Spray and its myriad scents! I don’t care! If I cared I would have clicked on that link, you dumb fucking thing! Now you have to go on a Where’s Waldo/Scooby Doo search-and-find for the little ‘X’ that will, hopefully, disable the trap and reset it for the next unsuspecting baboon. This is infuriating. I can think of no good reason why we need to be attacked by commercials for any reason, except because everyone wants to make money. Why do you think I’m writing this? I kid, of course. 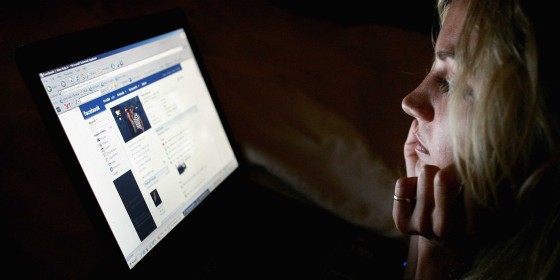 I think Facebook tends to caress one into a false sense of importance, as well. Let me explain in the kindest way I can without outwardly calling out anyone. I’m not trying to name call, bully, or otherwise chuck under the bus, but let’s be honest here: Facebook does its damnedest to level the playing field so much it almost becomes a detriment rather than an encouragement. In fact, I will use myself as an example so anyone reading this will at least realize that I can thrive on self deprecation just fine, thank you. In high school I was anything but ‘cool’. I was an artistic lunatic who hung out with others of my ilk. This meant that, yes, I knew the jocks, models, princesses, geeks, nerds and such, but I didn’t fit in to any one clique and I didn’t really give a shit. My point is, many of those people with whom time spent in school was spread to its lowest common denominator creating doodles and cracking wise are now on Facebook. Many of those people now, however, I consider very good friends. Ah, but they are ‘Facebook Friends’. And yes, there is a huge difference. Those people from whom I’d almost never get the time of day are now the people with whom I converse most often. Why? Lulled into that sense of self worth that may or may not be worth much more than the letters used to say ‘Hi’. You see, when you are on Facebook you tend to inflate yourself to the point of believing that all the likes, comments, well-wishes, small smatterings of conversations are actually ‘something’ when, in reality, many of them are just words written by people who are likely saying, “Who the hell was that guy, again?” Granted, people can and do change, and some people honestly mean what they say and want to genuinely be your friend outside of the glowing confines of Facebook. But seriously, how many do you think are going to call? Exactly. 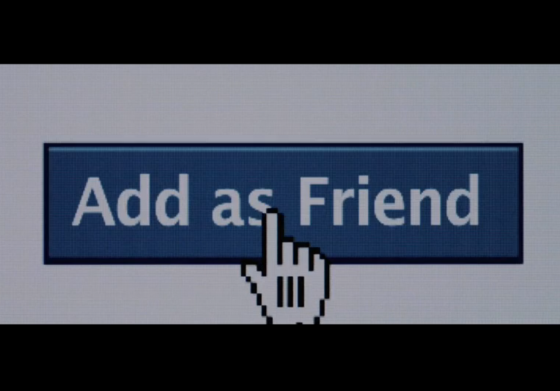 The games are another issue all together. These things are like an extra dose of cocaine to those already addicted. They are like a parting shot just before leaving a bar already tanked to the gills. They are like an extra hand job from a hooker you already paid. The games are, quite possibly, the biggest time sinks there are. In fact, they are such black holes I’m surprised Dr. Who hasn’t flown the TARDIS into one. And ya know what? I did those, too. Oh fuck yeah I did: Farmville, Castleville, cooking games, mob games, games about nothing that did nothing and gave nothing but unabashedly drained every minute they could from me, and sometimes even actual money. What a friggin farce. I just can’t wrap my brain around the concept of us, as a human race, staring blankly at a computer screen as we watch goddamn cyber-livestock eat a bunch of cyber-food for no good reason! What the hell is wrong with us? Say, here’s a plan: why not go out with your actual friends or spend time with your actual family or tend to your actual livestock! This shit is patently ridiculous! I am honest to goodness yelling in my own head right now! Argh! 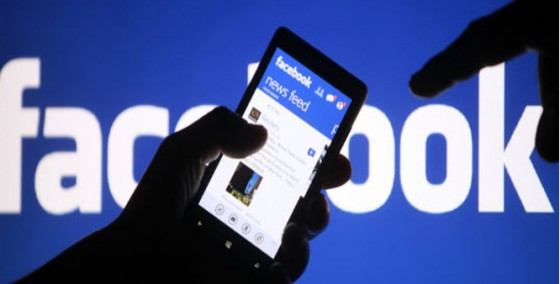 Well, friends, there you have it. A vicious diatribe condemning the succubus that is our Pal, Facebook. A vicious verbal assault on that dirtiest of cheap sluts; Facebook. And I have to say, though I feel pretty good about myself right now, I am looking over at that open tab and seeing that stylized Blue ‘F’ and wondering what my friends are up to right now; wondering if anyone else is watching the TV shows I am, and wondering if anyone else has heard rumors about the new X-Files. Why? Because just like all of you, I am part of its draining life force. I am one of its children. I am living a life that revolves around the gravitational tug of Facebook. Because I am; but I am not proud. If you’ll excuse me, I need to join the virtual livestock.