Averse to huge, shiny spectacle, director William Eubank turns the notion of the “disaster movie” on its ear with an arthouse-like approach to his new thriller, Underwater. Granted, the action and suspense of its blockbuster brethren are still present, but Eubanks pares down to the bare essentials and makes his film run on a very basic subroutine: survival at all costs. There’s very little explanation for the catastrophe which triggers the events of this film; even less so is the character development, forcing us into the here-and-now and making us deal with the situation instead of calming ourselves with character stories. 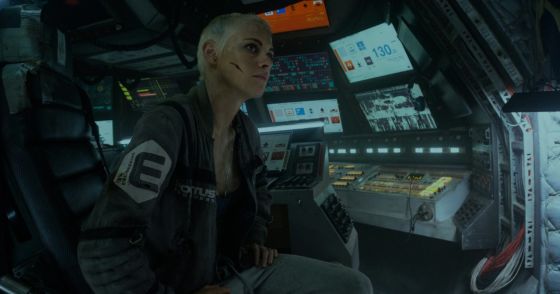 One could take a deep-sea drilling rig being overrun by terrifying creatures as a “Don’t screw with nature” kind of thing, where a long-dormant species has been intruded upon by man and is now defending itself. We’ve seen it in movies like The Descent and The Meg, where intrepid explorers start to reap the horrifying consequences of going where they weren’t supposed to go. It could also lean a little in the Lovecraftian direction, with the creatures being Old Ones, rising to destroy those who have disturbed their slumber. Similar to The Descent, the film takes its time introducing these unknown entities, and not much else is given except they’re fast and hungry. 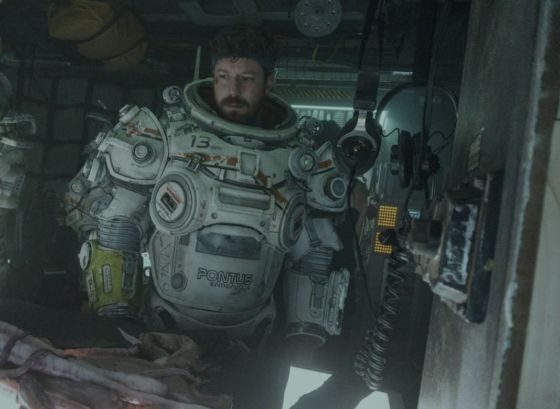 Regardless, this is the situation in which electrical engineer Norah (Kristen Stewart) finds herself, trapped by a rapidly-collapsing habitat and having to shut the doors on possible survivors. From her opening narration to the small, repeated action of touching something around her xiphoid process, we see she’s got some damage which will definitely be brought to light later in the movie. But let’s keep the audience hanging on until that nugget is revealed, shall we? Seriously, isn’t it enough that she’s surrounded by strange noises and water surging into a rig specifically designed to withstand pressures at this level? Of the bunch, she’s one of the two most rational, levelheaded thinkers, only concerned with getting from point A to point B and trying to keep herself and others alive. 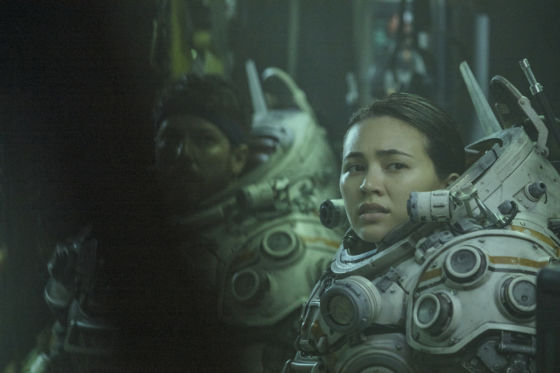 The whole movie is pressure, and the film delights in measuring how its protagonists react to it. Jokester Paul (T.J. Miller) can’t stop cracking wise or annoying the rest of the survivors (and the audience as well); he carries around a stuffed bunny, a forced attachment explicitly designed to make him look like a man-child. (And it works.) Emily (Jessica Henwick) and Liam (John Gallagher Jr.) serve as the fear centers, expressing it through hysterics or being mutedly scared, respectively. Rodrigo (Mamoudou Athie) and the crew’s Captain (Vincent Cassel) also try to bring the group down to a more manageable level, calmly trying to explain the next steps they need to take to survive. Which, of course, involves them going outside their wrecked rig, taking a tunnel to another station to load up on oxygen, then getting into escape pods at another station several hundred kilometers away. 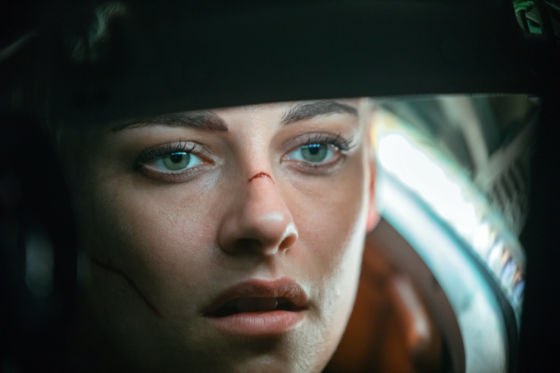 The film’s characters might be stock-standard fodder, but there’s a cooler kind of “This is where we are, take it or leave it” kind of attitude to the film (outside of Paul, as he’s merely a nonsense-spewing prick who doesn’t add anything to the proceedings) which separates it from other similar stories. There’s a certain kind of gallows humor in recognizing they’re in a place which can kill them instantly, but now there’s these things trying to hunt them and speed the process along. At times, Underwater feels like a second sequel to Cloverfield, as it bears a few similar plot devices and photography. 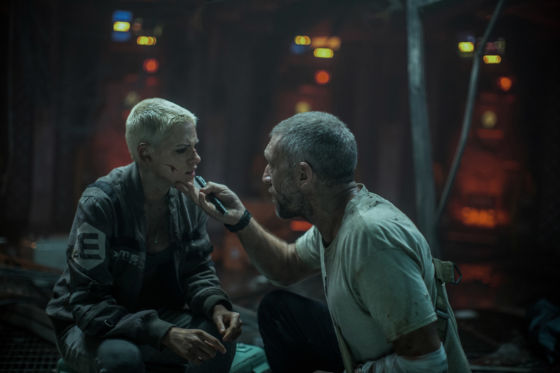 Eubanks uses some shaky-cam and rapid-fire editing to effectively convey a sense of danger and confusion; the rest of the film remains tight on the actors’ faces to emphasize the film’s inherent claustrophobic nature. We barely have time to orient ourselves geographically in any scene, but Eubanks knows when to pull back and allow us to do so. This prevention of languidness or stability works extremely well for this movie, miring us right alongside the survivors and getting the stuffing freaked out of us when things start going sideways. 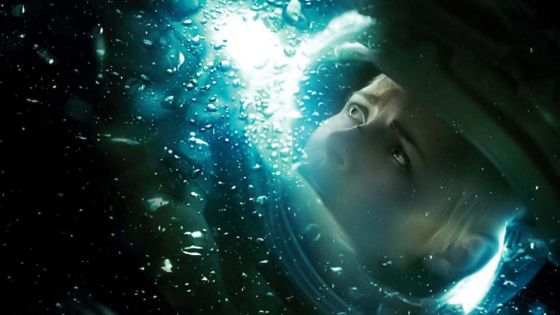 Even though the characters and staging might seem like a mix of films like Alien, The Abyss, Armageddon, The Descent, and Pacific Rim, Underwater still comes off like a quick hit of adrenaline. Its 95 minutes absolutely fly past thanks to constant action and the dread of the murky depths coming to life and battering our characters senseless. We’re also helped by strong characters who take their hits and keep surging forward in the face of certain death, their struggle to stay alive keeping us enthralled right from the opening credits.

Though the script is derivative, director William Eubank makes Underwater come off like a quick hit of adrenaline.