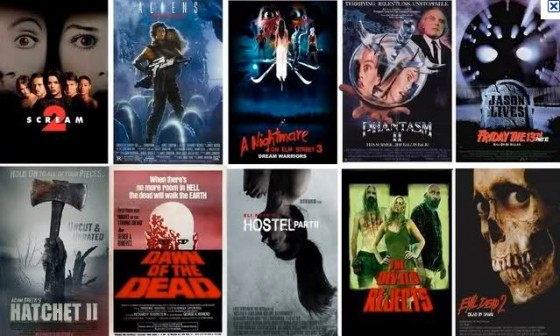 You read that title and you have to be thinking to yourself, “Isn’t every horror movie sequel inherently unnecessary?” Well no, not all the time. I figure if the viewing public demands more be made because the first was either incredibly successful or one of those sleeper hits that kind of sneaks up on you, then sure, a sequel is in order. And this kind of rule holds true for a lot of your horror franchises that will readily squeeze out a trilogy, or a saga-length series of films including Friday the 13th, A Nightmare on Elm Street, Hatchet, and even Tremors. Sure, there are more on that particular list, yet even those franchises suffer from too many sequels. And we’ll get to those, too.

But the ones I really want to focus on are those so unneeded of a sequel or sequels after a few particularly decent stories that the only thing they serve to do is smear the quality of the originals so badly that the whole series gets shunned. These are continuations so removed from the original’s source material almost to the point that they could stand alone as separate, yet far crappier, movies. Still confused? You won’t be. Check these disasters out… 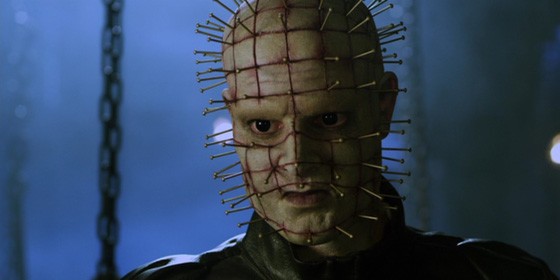 If you recall, the original Hellraiser sees the discovery of a puzzle box called The Lament Configuration and the evil Cenobite Demons within, including the sadomasochistic Pinhead and their desires to enslave human souls. The movie is based on a book series by Clive Barker, and did respectively well promoting Pinhead to the upper echelons of horror film history.

Parts 1 through 4 did a fine job of continuing the tale of the box and those charged with destroying it and the evil within. However, beyond that, the franchise continued as direct-to-video movies just to keep the rights for the Weinstein Company. And even later in the saga’s messy stories, without titular character actor Doug Bradley (Pinhead). And therein lies the real problem. 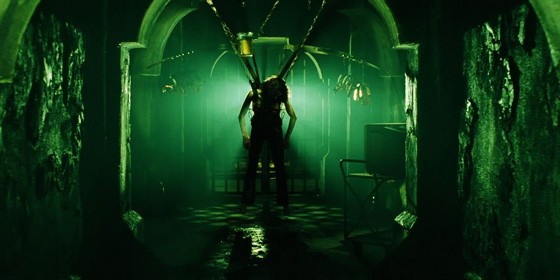 Saw was a juggernaut. This was a movie that immediately grabbed everyone’s attention, yanked the reins, and didn’t let go til the classic surprise ending. And it was a surprise. Anyone who tells you that they guessed that the body on the floor was going to stand up and claim ownership of the previous events is chock-full of shit. I am a horror movie fan to the Nth degree and I never saw that one coming at all.

Anyway, Saw featured the beginnings of what would become a formula that the movie series itself would unabashedly run into the ground. Sublime torture devices in which unsuspecting patrons would have to make choices and sacrifices that would dictate the outcome of the rest of their lives. It was a bloody and fantastic masterpiece. That is until the storyline became a convoluted nightmare of side plots, twisting tangents, and nonsensical if’s and but’s that literally shoved the otherwise smartly concocted formula directly into an absurdity beyond that which was already its pitch.

After the somewhat messy second installment, which featured Jigsaw weakened from his exploits of the original and a complicated plot involving the kidnapping of the son of the detective as well as seven other convicts and some Sarin gas and some other crazy shit, the wheels of the seven-part franchise really begin to fall off. Each one more messy than the last, both in terms of grue and story line, the annual sequels truly only served to outdo the previous without any desire to make an actual watchable movie. But hey, if you like that kind of stuff, here are the trailers for the five sillier installments just for you! 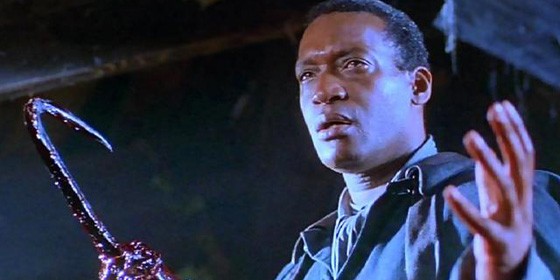 Candyman was a creepy tale brought to you once again by the warped mind of Clive Barker. In the movie version, a vengeful ‘legend’ resurfaces after a woman begins telling everyone that he doesn’t exist. Not only does he exist, but he comes in the form of Tony Todd wearing a pimp coat with a mouthful of bees and a gnarly hook for a hand! Sick, man! Moreover, the only way to bring Candyman forth is to pull a Beetlejuice and say his name five times in a mirror. Soon, bad things happen, bodies pile up, and Virginia Madsen as Helen starts to understand that Candyman is quite real and she’s being framed for his brutalities.

Well, it doesn’t end nicely for Helen and she dies, becoming the very legend she hoped never existed in the first place. Gift wrapped, present sent, done and done. Ah… nope! Candyman, as so many horror movies do, spawned two far inferior sequels called Farewell to the Flesh (really?) and Day of the Dead (not to be at all confused with Romero’s masterful zombie flick).

So what’s so bad about these movies? I mean other than the fact that Candyman himself is ultimately just a one-trick pony who really only needed one movie to fulfill his purpose. Well, for starters, the sequel has a kind of retelling of the legend from the first about how he became the bee-loving, hook-weilding loon in the first place… and nothing really else of value except maybe some shit about his bloodline. Because of course every horror icon needs a sordid past. Anyway, that silly film begat a third in the series that was just plain awful. Because, and I believe this to be the biggest issue over all, it starred Donna D’Errico of all people. Also it sucked in both plot and story, but really… Donna D’Errico? Yikes. Anyway, if you’re interested, here are a couple trailers.

Jaws is often considered to be one of the greatest horror movies ever made. No, there was no axe-swinging maniac or nightmare-spawned creature, there was very little blood and literally no gore, there was no inept hero figure and no demonic possession. What there was, was a damn scary shark. Sure, rubbery and silly, but scary none the less. It absolutely made hordes of beach-goers from that point forward not want to dip toe one in the ocean, the lake, or even their damn bathtubs because Jaws was just that frightening. Is it tame by today’s standards? Sure. Does it hold up? Yeah, probably. Did it make a trifecta of increasingly more ridiculous sequels? Definitely.

You see, at the end of Jaws, the shark is undeniably blown to little shark bits before our very eyes and all was right with the world. Except it wasn’t because, surprise, there are always more sharks and more ridiculous ways to ensure they attack everyone in sight. You see, the biggest issue I think stems from the fact that too much was made of the creatures themselves. Like many good horror movies (and some shitty ones), it’s often what you don’t see (for instance, the terrifying Texas Chainsaw Massacre) that scares you the most. Jaws made perfect use of the simple fact that Bruce -the dummy shark- didn’t work for shit, thus garnering the necessity of shooting less of it but with far more effective outcomes. The sequels, in their misguided attempts to build false tension and increase terror, showed way too much of some really goofy sharks. Like the terrible 3D effects in the third, for instance. These sequels lend credence to the old saying that just because things can be done, doesn’t mean they should. And here are the trailers for the dumb ass shark movies. 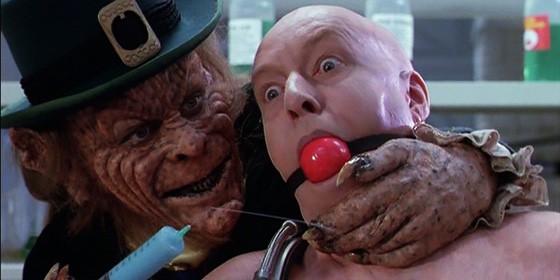 So it was a toss-up as to which direction I’d go for this fifth and final installment in the stupid sequel list. I could certainly have gone with The Texas Chainsaw Massacre, but I figure after the third (which really was kinda good), they’re really just either re-makes, re-boots, or some goofy amalgamation of both. Maybe I could have gone with A Nightmare on Elm Street, but again, even as Bugs Bunny-like as Freddy got, he still maintained a semblance of cool and was, for all but the boring re-make, portrayed by Robert Englund. Jason Voorhees and the Friday series? Nah. At some point we all embraced the fact that he had become an unstoppable zombie with some kind of unearthly powers and we were all okay with that… well, with or without Spacey Jason. And of course there are any number of other franchises I could have chosen, but ultimately I had to go with: Leprechaun.

Leprechaun is the most basic of daffy horror movies. Ultimately, it’s the story of Wicket the Ewok killing everyone he can in order to collect his damn gold. And literally that’s it. Okay, fine, some shit about him taking a wife is in there, some other shit about… nope, never mind. It’s always shit about his shitty shit gold. Seriously. Hop on Wikipedia (or I guess watch the damn things) and read the synopses: gold, gold, friggin gold! Wow, plot much? No. No plot. Ever.

And oh baby were there sequels! Leprechaun in friggin space, Leprechaun in the friggin hood, Leprechaun chasing Jennifer Aniston! Yes. That really happened. And so many other ridiculous story lines and blah, blah, blah. Ya know, I could see the need for sequels if they somehow furthered the narrative, but none of these do any of that. How many times can we hear, “Give me my gold!” over and over before we just toss our hands up in hauty derision? Apparently seven. Here are your damn trailers.