Humor > Update on Yet Another Student Sex Scandal

Update on Yet Another Student Sex Scandal 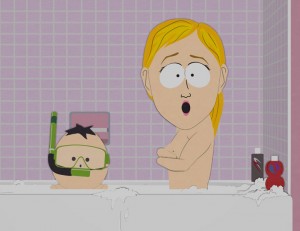 You might remember details of this story breaking back in March. It takes place in Utah, the land of the Mormons, and involves two Bountiful Junior High School teachers who were accused of sexually assaulting the same 13-year-old student. The two teachers, Linda R. Nef, 46, and Valynne Bowers, 39, were both charged with first-degree felony charges of rape and sodomy on a child. The best part? Until recently, the two teachers did not know about each other’s relationship with the boy. Apparently the modus operandi of the child was the sames. He would go to the teachers discussing personal problems, which led to text messages, including ones involving sexual matters, then phone sex, and finally the alleged sexual assaults. Or in other words, what this clip states:

Of course the media has focused on the teachers. Just once I would like to see of these stories end with the kid bragging about how he bagged his teacher. You always hear people say, “Oh no, it’s terrible, we have to protect the children.” Although you know the kid is a school legend and telling his friends how awesome it was to bang his teachers. Well except for one thing. The saddest part about this is the first teacher looks a cross between Paul Rudd and Peter Saarsgard wearing a wig, and she’s the better looking of the two. 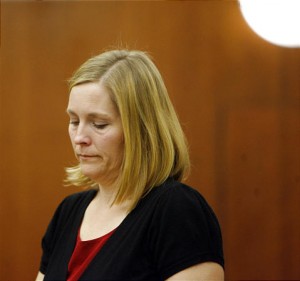 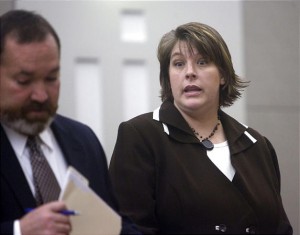 Whatever their looks, I will remain impressed how the kid managed to not only start an affair with two teachers, but to keep them from each knowing about it. There are practiced cheaters who would freak out over their two lovers being in the same state, and this kid managed to juggle them at the same school. Clearly, the teachers were not “in control,” and I suspect that’s at the heart of most, if not all, of these incidents. Although if one could travel back in time, you might try and tell your younger self to go ahead and make a play on some of your teachers. You never know and you may have simply given up too soon. And the best part, there’s a way out. As Snoop Dog would say “He don’t love dem hos….he’s out da door!”