Sports > Soccer > USA Fans Get Pelted With Beer, Deserve It

USA Fans Get Pelted With Beer, Deserve It 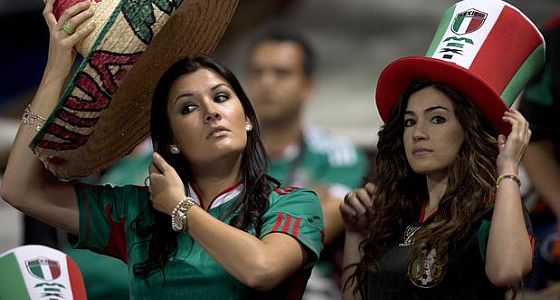 Earning points in Mexico has always been a challenge for team USA, who went into last night’s game at Azteca with only one tie and no victories in fourteen previous trips to the storied stadium. With that in mind, coming away with a tie, and a point toward qualifying for the World Cup, is a definite victory for the US team. While they were outplayed on the offensive and defensive ends of the pitch, the American side has to leave Mexico feeling quite proud.

The same can’t be said for American fans, whose obnoxious behavior earned them a shower of beer bottle from irate home fans. While we are always loathe to endorse violence between fans, if anyone deserved a dousing it was the obnoxious Americans in this (self-provided) videos who celebrated the tie and taunted Mexican fans from behind riot police. Azteca has always had a reputation on being tough on visiting fans and teams, but trying to provoke a reaction while retreating to the safety of police protecting is boorish behavior best left to fans in Philly and New Jersey.