In the history of the sport of basketball, a majority of the players you are about to see on this list are also members of the Naismith Memorial Basketball Hall of Fame. It has become an important part of a player’s resume, a rite of passage.

Although there have been some players that might have been good options at the time due to limited choices, most of the players are nothing short of elite. Even before the days of professional players being allowed to play, many of the collegiate stars that made the teams eventually went on to become NBA legends themselves. Believe it or not, Bill Russell, Bill Bradley, Adrian Dantley, Jerry West, and Jerry Lucas are just a few examples of the studs that once starred for Team USA.

We’re not sure the same can be said for this year’s squad though, which was made up largely of 2nd and 3rd choices as many of the premier players turned down the opportunity. Will they be able to pull out the Gold medal, and even if they do, where will that leave them among the greats of the past? That leads us to ranking the teams since 1936, the first year basketball was featured in the Olympics, from worst to the best. In 17 Olympiads that the United States has participated in the tournament, they’ve won 14 Gold Medals, 1 Silver, and 2 Bronze. Merely winning a Gold Medal is clearly not enough to make it to the top of this elite list. 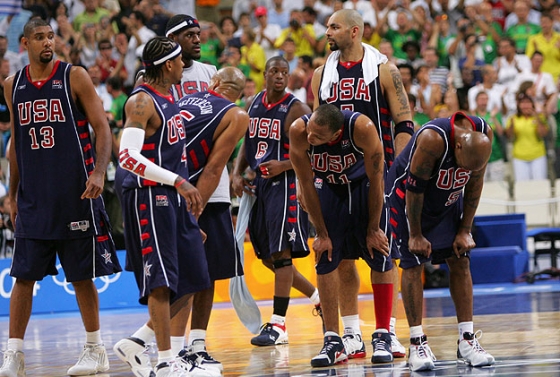 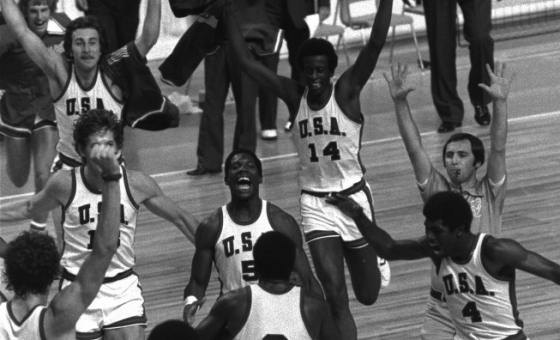 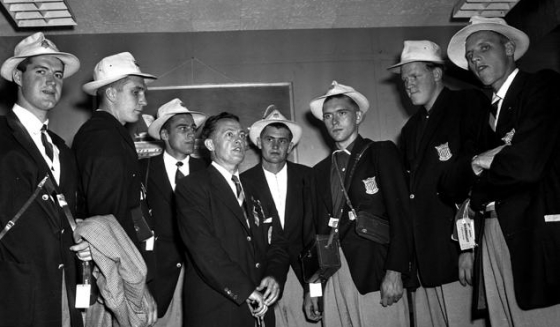 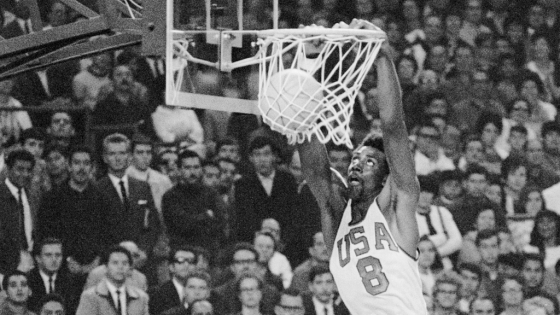 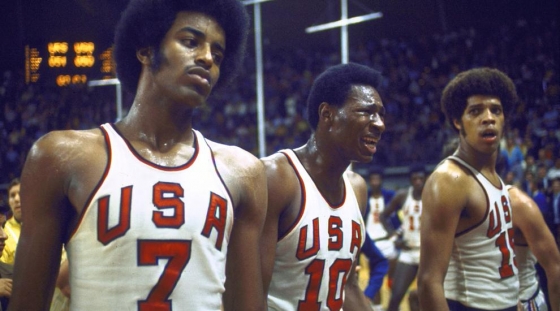 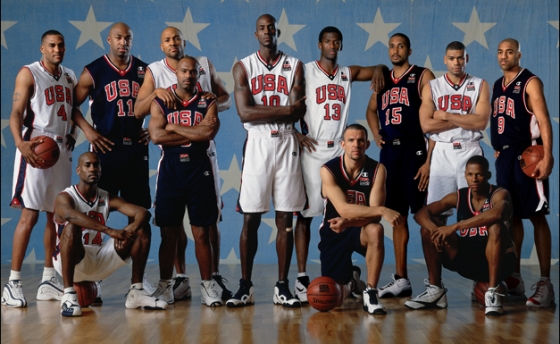 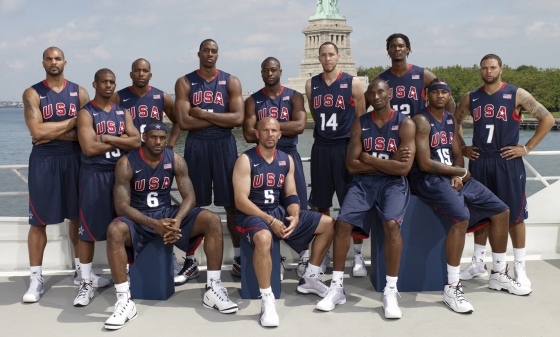 The critics were right when they started destroying the way USA men’s basketball was heading. In 2000 and 2004, it started to look as if Team USA was relying more on building the best team possible out of the best players they could find instead of building a team that had the best players possible but could still play together. So the 2008 team had to do something following USA’s embarrassing bronze medal in 2004. With the help of Duke’s Coach K, the 2008 team was built on talent but it was based on overall quality. They reminded the world just how good USA was and that it would never find itself playing for anything short of a Gold. 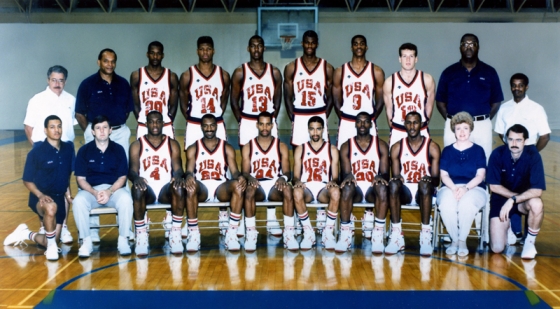 Although the 1988 team didn’t win the Gold medal, they were still one of the better teams USA ever built. They dominated just about everyone until they faced the USSR in the semis. After a shocking defeat, they rebounded to destroy Australia for the easy bronze medal. It wasn’t pretty but if you look at the numbers outside of their one loss, this team was much better. 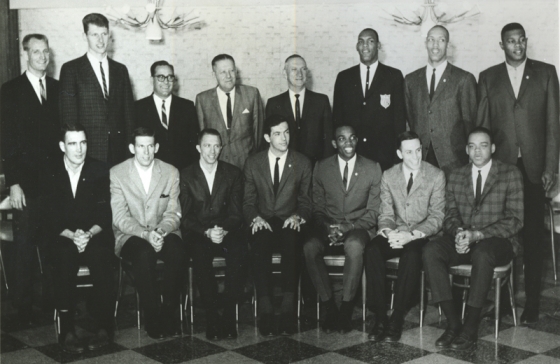 There isn’t much to be said about well coached teams except that when a team is put together with several players you have never heard of, how did they do it? They won easily because of defense. They weren’t a high scoring team only averaging 78.2 points per game but they held their opponents to 48.2 points per game. 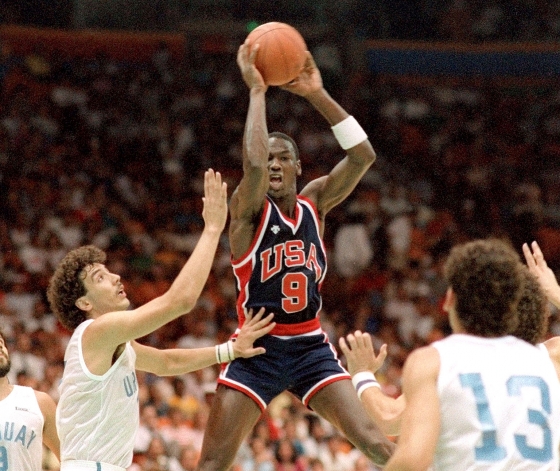 Many people forget that in 1984, Michael Jordan, Chris Mullin, Sam Perkins, and Patrick Ewing starred on Team USA. It was back before they changed and allowed professional players to play and even then, MJ was a leader of a dominate USA team. His 17.1 points per game were the highest total ever at the time. 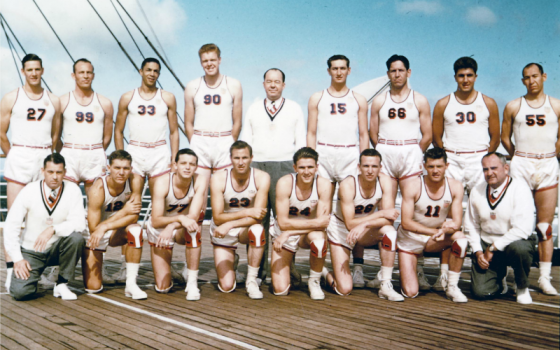 The story goes, USA men’s basketball has the best teams. It has been that way since the beginning of the sport’s existence in the Olympics and in 1948, Team USA easily ran through the opposition beating them by an average of 33.5 points per game.

Following the amazing dominance of the 1992 team, the 1996 had to find a way to follow in its’ footsteps without half of those same future Hall of Famers. It did not take long to realize that this team would be another one of the greatest Olympic teams ever built. 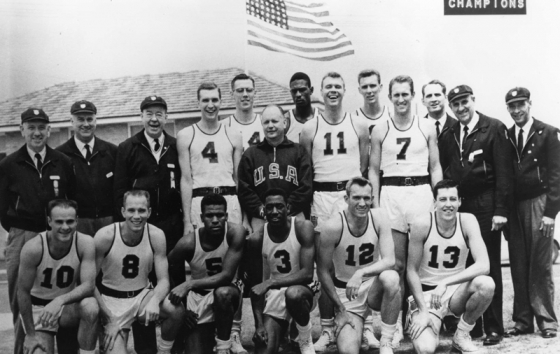 Long before the professional NBA stars played during the Olympics, the best basketball players from the collegiate ranks got to play the best from all over the globe. However, it did not take long for the rest of the world to realize just how amazing these athletes from the USA were as the 1956 team, led by Bill Russell and K.C. Jones, went on to win by an average margin of 53.5 points, an Olympic record. The most points given up in one game was 55 when they gave it up twice when playing USSR. 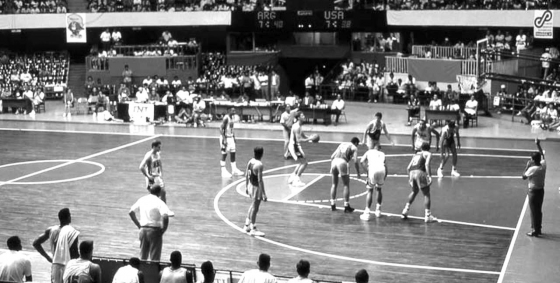 Unlike most of the other teams on this list, the 1960 team was compiled of a perfectly balanced lineup without any one truly dominate star. That amazing balance turned into one of the best teams USA ever had up until that point. But since then, it is still one of the best teams ever put together, even 60 years later. 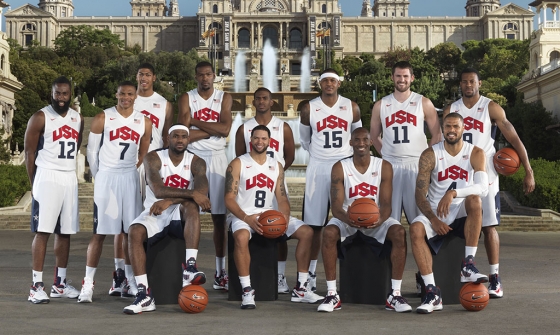 After struggling in 2004, USA men’s basketball had a gigantic challenge ahead of them, either get the best players in the league to play or figure something else out. So after the 2008 team won the Gold, it was up to the 2012 team to continue the streak. Compared to the 1992 team, the 2012 team was built of just about the best 12 players in the NBA at that time and it showed. They destroyed their opponents and cruised to another Gold medal. 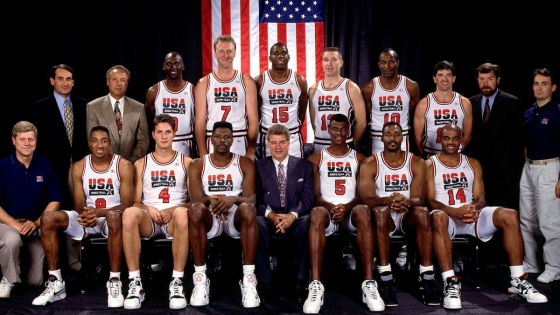 The 1992 USA Olympic men’s basketball team was built of the NBA’s best players following the disappointing loss to the Soviets in 1988, and the 1989 FIBA vote to allow NBA players to be eligible for the Olympics. It did not take long for the media and fans alike to call them the Dream Team due to their unfair lineup of some of the greatest NBA players of all-time. It truly was the greatest lineup ever built…. and Christian Laettner.