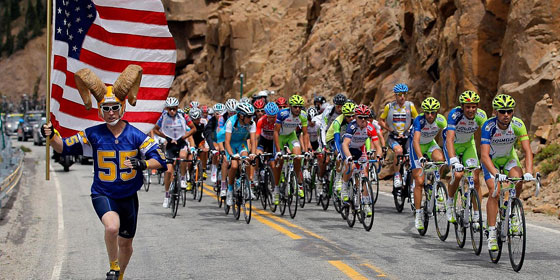 America’s toughest cycling race, the USA Pro Challenge is set to begin on Monday in Colorado. Referred to as “America’s Race,” the 4th Annual USA Pro Challenge will be contested over seven days from August 18th through 24th. Some of the world’s top cyclists will compete in this year’s event in the Rocky Mountains, reaching some of the highest altitudes in the sport.

We’re excited to announce that we’ll be heading to Colorado to cover the event with a keen focus on you, the fans. While we’d love to be there for every stage, we’re only able to make it into town for the final two legs of the journey this year. You can follow along with us live on Twitter and Instagram as we cover the Lexus sponsored Stage 6 Time Trial in Vail, and the Stage 7 ride into Denver. Also keep an eye out here on Gunaxin Sports for our featured coverage following the event. 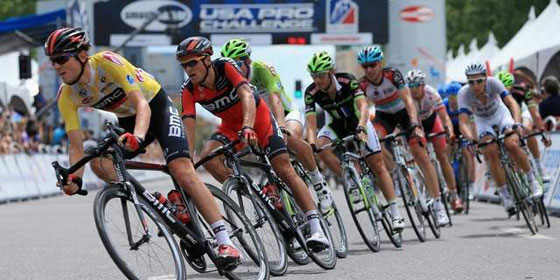 Of course you can also follow the race on television, and NBC Sports is the place to go for all of your cycling coverage:

“Each year we have more than one million live spectators at the USA Pro Challenge, and while that is the best way to watch the race, we want to be sure all our fans have a chance to check out the action and excitement of professional racing in Colorado,” said Shawn Hunter, CEO of the Pro Challenge. “In 2014 we have an unprecedented amount of TV coverage through NBC Sports Group and Universal Sports Network, and we know our fans are really going to appreciate the various viewing options.” 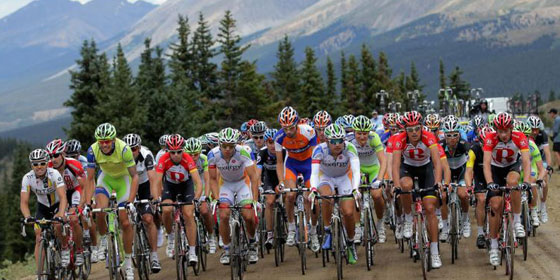 Each afternoon, NBC Sports will cover the action live from the mountains in Colorado, and then Universal Sports will have a post-race recap show airing at 10PM ET, and rebroadcast at 11PM ET on NBCSN. The final stage into Denver (where we’ll be waiting at the finish line) will be broadcast nationally by NBC at 4PM ET on August 24th. Who will take home the yellow jersey this year? 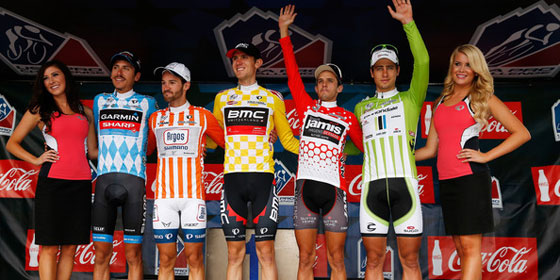 If you’re a fan of watching the Tour de France, then you will recognize plenty of the names in the 2014 USA Pro Challenge. UCI ProTeams BMC Racing Team, Cannondale Pro Cycling, Team Garmin-Sharp, Tinkoff-Saxo and Trek Factory Racing will all be competing in Colorado, and bringing some of their biggest stars to ride for them. Tejay van Garderen will defend his title, but he’ll be challenged by Tom Danielson, Rafał Majka, Leopold König, Frank Schleck, Ivan Basso, and Michael Rogers. Also competing are some Americans with names you’ll recognize; Ben King, Matt Cooke, Freddie Rodriguez, and Brent Bookwalter. 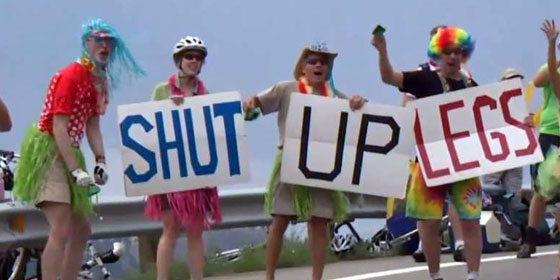 “I chose the Pro Challenge as my final race because of the fans,” said Voigt. “All the fans in Colorado love outdoor activities, so they are all experts…they know exactly how hard it is to go up those crazy-long climbs. It’s a beautiful state and I just always love the warm welcome and the support I get from the fans.”

It’s going to be an epic week-long event, and we can’t wait to arrive in Vail to see the spectacle live in person. Will we see you there?