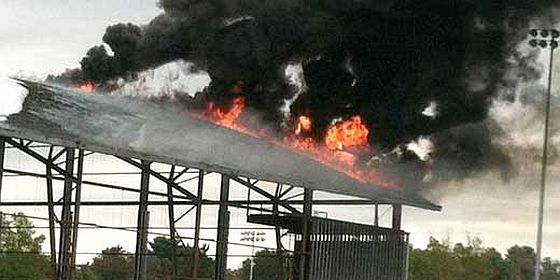 Local news is reporting that the University of Virginia’s new indoor practice facility is currently on fire. NBC 29 reporter Henry Graff was among the first to report the news via twitter.

Heading to reported fire at #uva indoor practice facility which is under construction. Smoke seen in skyline. @NBC29 pic.twitter.com/ZKO4gICz 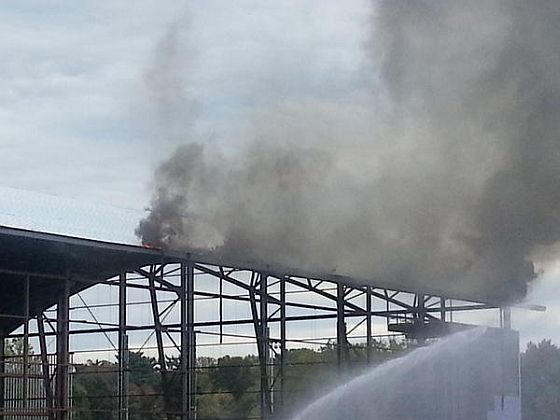 While we hope that no one was injured by the blaze we can’t help be notice that it’s a great metaphor for the Cavaliers’ 2012 season. While Virginia was expected to finish in the middle of the pack this year no one expect them to be as awful as they have been through the first half of the season.

Virginia hits the midpoint of their 2012 campaign 2-4, and without a win in two ACC matchups. More distressing for UVA fans, the Cavs lost to Duke by 25, Georgia Tech by 36 and only beat an undermanned Penn State thanks to the Nittany Lions’ awful kicking game. With the meat of the ACC schedule still to come the Cavs may well look back on the burning of their practice facility as the high point of their season.