Humor > Images > Valentine’s Day : What is this Nonsense?

Valentine’s Day : What is this Nonsense?

Anyone who has scoured the card aisle of any local shopping establishment for just the right printed collection of words that sort of accurately describes how you feel about that special someone during, specifically, the Valentine season knows immediately what we mean when we say this is a Hallmark Holiday in every way, shape and form.

Thank you, dear, for taking my heart

When I was all alone

Thank you, dear, for ignoring my farts

when I eat chicharrones 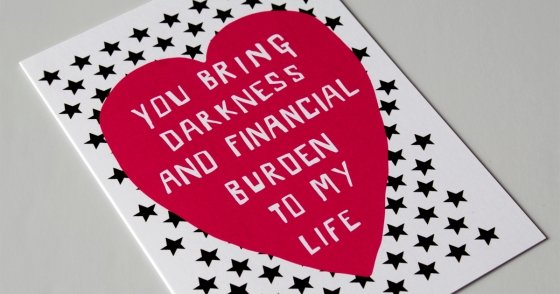 Yes, the beautiful words of… someone else, written for anybody who might just feel a little similarly about someone they really, really like a whole bunch. Cards are such a generic way to pour out your true feelings to your true love without actually having to put any more work into the thought than rummaging through a few options at the store. Now that’s dedication and the kind of deep, deep devotion that seriously screams, “you mean as much to me as one piece of paper tucked inside another that I immediately forgot the words from as soon as I sealed the envelope, my love.”

Roses are red, other flowers are green,

Thanks for often times not being mean,

especially when I give only a card,

because, you know, Valentines is hard. 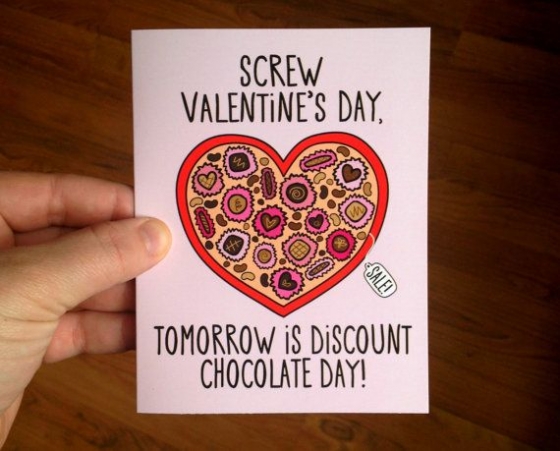 Yes, Valentines Day can be hard for a lot of people, and it doesn’t really help matters any that stores have been rolling out the pink and red and hearts and flowers since literally the day after Christmas. They figure most of us need the better part of two months to really build up that huge amount of deep, penetrating love we really feel toward our favorite person that can only be sated by gigantic boxes of shitty chocolate or a hastily purchased couple of roses the day of just before he or she wakes up just so we can say, “See! We didn’t forget this year! We so totally love you!”.

I hope you like cheap cards bought at Wal-Mart

I hope that you know just how strong my love am 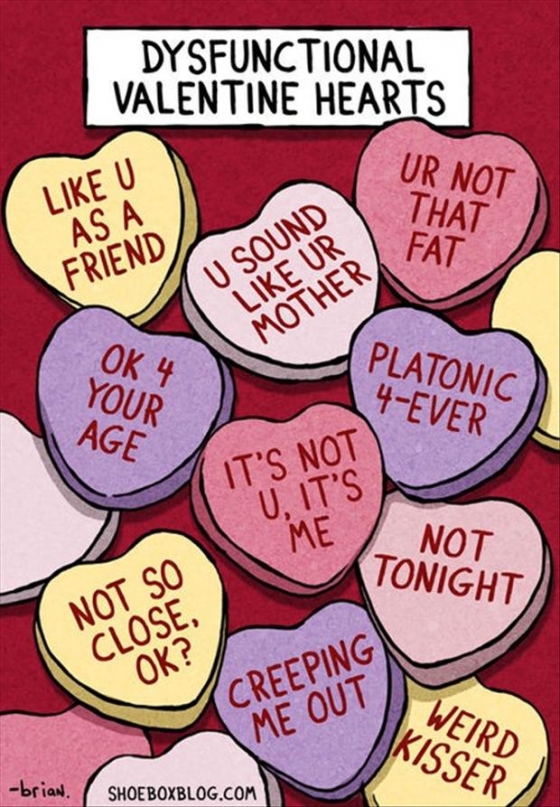 It’s often said that if you already don’t deeply and madly love your Valentine 364 other days of the year, then a hastily bought Dime Store piece of jewelry and a box of candy wrapped in fancy, decadent cellophane really isn’t going to win you any points in the long run. Well, to this we say, “Shut the hell up!”, because though we really, really dig our wives, husbands, fiancees, girlfriends, boyfriends, life partners, and significant others like friggin gangbusters, that doesn’t necessarily mean we don’t want to shower them with chintzy shit on Valentines Day. Okay nay-saying ass-clowns? Yeah, that’s what we thought. Go be… dicks over there. We know what we’re doing and we resent being called out on our poor judgment!

I love you so much, more than diamonds or pearls,

I think you’re so cute, more than bunnies or squirrels,

I think you’re so hot, more than fire or steam,

So let me cover your ‘berries’ with ‘cream’. 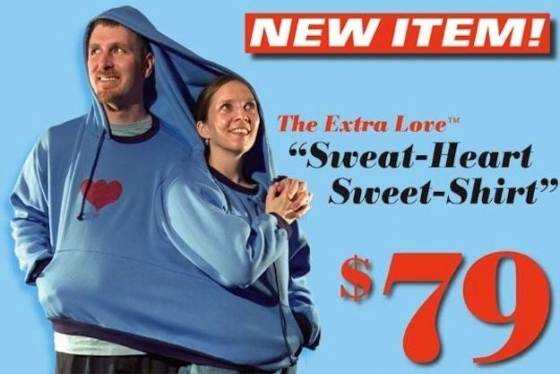 Valentine’s Day is such a mish-mash of different Christian, non-Christian, other religious nonsense that it’s pretty difficult to really figure out where and when it began and, (and we really can’t stress this enough), why. We here at Gunaxin understand the simple fact that this holiday is simply here to make every guy feel like an ass about either not remembering at all, or giving him an excuse to attempt to make up for every other day of the year when said guy is a giant shit head. Flowers, balloons, rings, crap on sticks like fruit, chocolate-covered you-name-it, and probably a human heart in there somewhere, too. Speaking of which, did you know that the designed graphic of a heart isn’t based on a real anatomical heart? Nope. It’s based on how a woman’s ass looks when she bends over. Seriously. And that ought to tell you everything right there: it’s all about the women. But you knew that. Women… are we right, guys?

Take these flowers, for your beauty they match

With their gorgeous petals and stem,

Because, to me, you are quite the catch 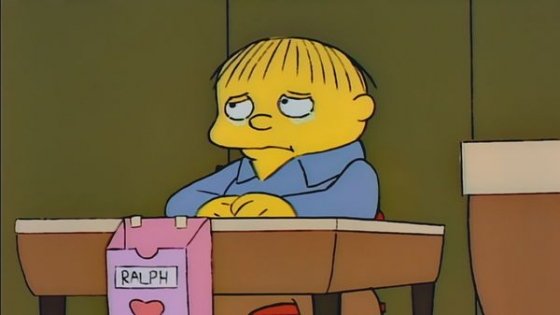 Anyway, I guess that about covers it. The basic crux of this little diatribe is simple: skip the bullshit of Valentine’s Day and just love your mate every day as though it were a Holiday and you’ll never be expected to go crazy with chocolates, roses, cards, and other such nonsense. Oh, and feel free to use the crappy poems we’ve supplied you all as out treat. You’re welcome. 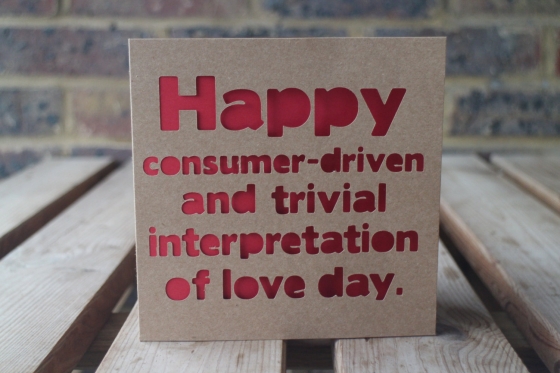