The Most Valuable Sports Teams from the Ten Richest Countries 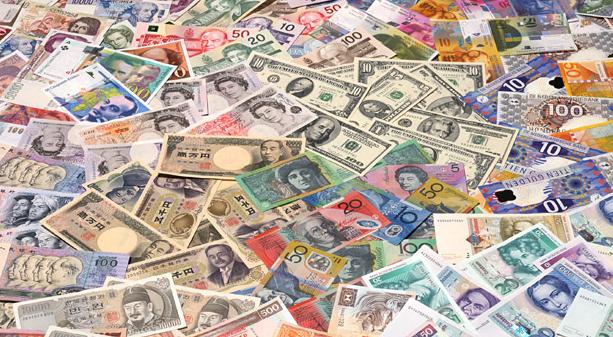 The world of sports is fascinating, meaning the planet – all the countries and what each one brings to the table…or field.  World Football (soccer, that is) rules the world, at least in the number of fans and countries that call that sport their No. 1.

But it’s not the financial ruler of the world.  That title belongs to American Football and the NFL.  While the Manchester United Red Devils continue their annual hold on first place in Forbes’ latest rundown of the 50 most valuable sports teams in the world, NFL teams dominate the list.  In fact, all 32 NFL teams are on the list, even the Buffalo Bills – and they haven’t even thought about a playoff game, much less play in one, for over a decade (1999).

Two other sports that consume the international aficionado are the relatively similar baseball and cricket.  Which region hoists baseball to the top of its revenue heap?  The western hemisphere? Nope. Try northeast Asia.  And only cricket has the allure to overcome world football as the fiscally premier sport in southeast Asia.

There are 196 countries in the world, but since we’re talking about money here, let’s take a look at the one most valuable sports team from each of the 10 richest, in terms of annual GDP.  Look at that, you have something to tell your Economics professor tomorrow. 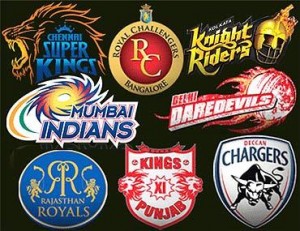 Cricket rules the subcontinent: India, Pakistan, Bangladesh and Sri Lanka all esteem the sport as their favorite.  It’s also quite popular in Australia, New Zealand, South Africa and of course England, where the game originated.  It’s slowly gaining popularity in places like Canada and the U.S., associate members of the International Cricket Council.

But India is King Cricket.  The BCCI (Board of Control for Cricket in India), “owner” of Cricket India, the national team and current World Cup champion, is the richest cricket organization in the world, worth a good $1.5 billion plus. In 2008 the BCCI created the IPL, the Indian Premier League, which is fashioned after western sports leagues (like Major League Baseball) for team competition between cities within India. 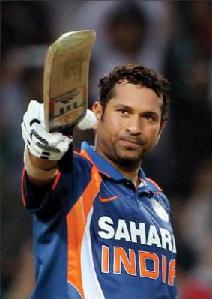 It shot out of a cannon, doubling in value from $2 billion to $4 billion in one year, 2009 to 2010.  The IPL brand is currently valued at $3.67 billion, a slip due to growing pains (read:”corruption and controversy“) and a weaker global economy, but if the sponsorship deals are any indication, the league is here to stay – and grow.  In 2011, two expansion teams were added to the founding eight to boot.

And who are the current cash kings of the Indian Premier League?  It’s the Mumbai Indians, who are worth at least $375 million and are led by one of the most popular players in Cricket history, Sachin Tendulkar.  Still, they have yet to win an IPL championship.  That honor goes to the Chennai Super Kings (2010, 2011), Deccan Chargers (2009) and Rajasthan Royals (2008).

Ice Hockey is Canada’s most popular sport, and while the game we see today was born in Montreal, home of the 24-time champion Canadiens, it’s the Toronto Maple Leafs who are the richest team in the NHL, and the country, at a cool half billion. 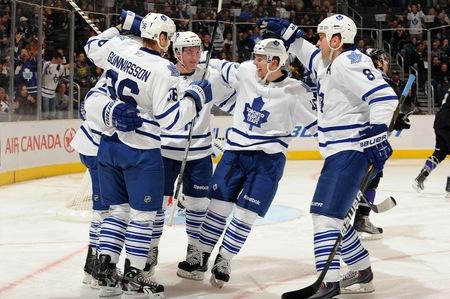 The Toronto Maple Leafs Score Big in the NHL's Finances

The Leafs have won the second most Stanley Cups in history – 13 – but their last came, yikes, almost 50 years ago (1967).  Other than the Canadiens, who last won in 1992-93, no team has brought the Cup home to Canada in over two decades.

It doesn’t matter, hockey is just big in Canada anyway.  There are 30 North American cities that NHL teams call home.  The six Canadian squads – Maple Leafs, Canadiens, Vancouver Canucks, Calgary Flames, Ottawa Senators and Edmonton Oilers – account for 31% of the league’s gate receipts and 25% of total revenue and team value.  Do the math.

It’s probably a good thing for the sport, then, that a Canadian sports media group bailed out the thrashing Atlanta Thrashers and moved them to Winnipeg in 2011. 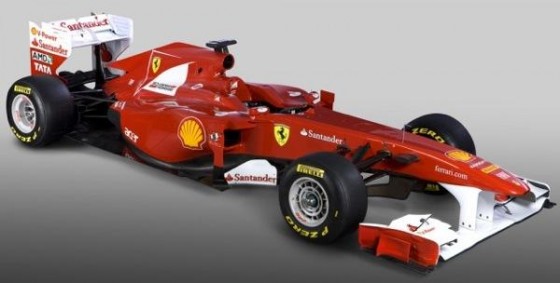 Italians love to indulge in sport, from football to basketball to rugby to cycling, but it’s Formula One, and Scuderia Ferrari, that takes the cannoli, and is the first team on our list to top off over a billion bucks in value.  Ferrari beats out Silvio Berlusconi-owned football team AC Milan by a couple hundred million and is the 13th most valuable sports team in the whole world. 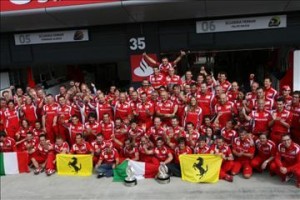 In 61 years of racing, Ferrari has accumulated a garage’s worth of records, including most constructor (16) and driver (15) championships, most wins (216) and highest winning percentage (26%).

Five of those championships were won by arguably the greatest F1 racer of all time, Michael Schumacher, who owns a record seven crowns total.  Ferrari was paying him $25 million a year way back in 1996. Wow.

They’re not the most popular.  That title goes to Flamengo, out of Rio de Janeiro.  But the Corinthians Paulista (Sao Paolo), is the most valuable football team in Brazil, one of the biggest football countries in the world and home to arguably the greatest football player of all time, Pele. 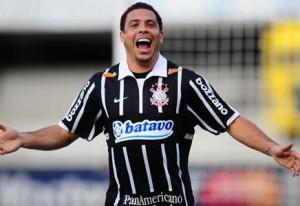 The Corinthians are the people’s team or “Time de Povo,” and when founded in 1910, they were the most popular club in Brazil.  The Corinthians were formed as a counter to the game’s status quo: in South America, organized football was initially played only by rich, elite descendants of the British.

Ironically, the name “Corinthians” is a tribute to the British team Corinthian (today the Corinthian-Casuals out of Tolworth, England) that cut a swath through Brazil in the early 1900’s, beating all takers. 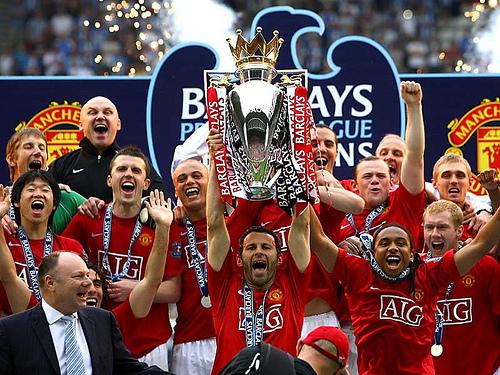 Manchester United is the current Premier League champion (2010-11) and has won the most championships in the 20-year history of the current English football system, taking the trophy 12 times.  In total, Man Utd. is the best team in English football history, with the most English League championships (19), most major wins (53), and all-time leaderships in three of the four major domestic competitions.

A number of the greatest and most well-known players ever to hit the English pitch have donned the Red Devils uniform, including David Beckham and Renaldo (not the guy above).  Who’s the best?  Well, there have been so many great ones, no one can agree.  The Times says Sir Bobby Charlton.  A recent fan poll at manutd.com says Ryan Giggs.  The Daily Mail and Bleacher Report say George Best.

And it isn’t just the players – their current manager, the longest and winningest in United history, is a Knight, too: Sir Alex Ferguson, or as the Queen surely calls him, “Fergie,” has been at the helm since 1986. 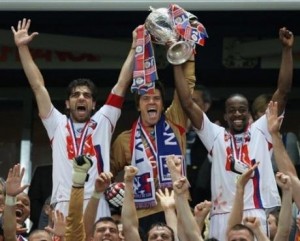 Olympique Lyonnais continues the football run in our top 10.  All the European countries on the list, and many off the list, boast more than one globally-rich football club.  In France, you have Marseille and the just a bit more valuable, Lyonnais.  The “Kids” (Gones), Lyon or OL, play in France’s Ligue 1, which sits atop a pyramid of of divisions with teams subject to promotions and relegations pretty much like England’s Premier League.

Lyon has been around since before 1900, but officially became a part of Ligue 1 (then called Division 1) in 1950. More than half a century later, in 2002, it would capture its first title – and would then go on a monstrous historical run that would propel it to become one of the most popular clubs in France.

The Kids won seven titles in a row (2002-2008), a record in Ligue history.  They are now the 13th most valuable football team in Europe and the richest in France. 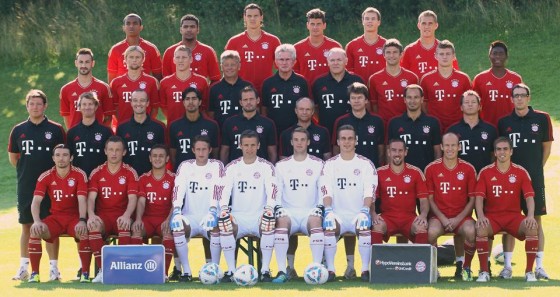 Munich, a member of the Bundesliga, Germany’s top league in that country’s pyramid system, has won four UEFA Championships, including three in a row in the mid-70’s. Franz Backenbauer, some say the greatest German player to ever hit the pitch, led that dynasty.  Backenbauer also was a member of the champion New York Cosmos in 1977, along with teammate, Pele.

The Bavarians have won 21 of 48 Bundesliga titles, including nine of the last 15.  They have also won 15 DFB Cups, most of any German team.  The DFB-Pokal is a 64-team annual tournament much like America’s NCAA Basketball Tournament. Now that sounds cool.  Another office pool.

Baseball is Japan’s national sport and it, not Sumo or football, is the country’s most popular one, by far.  The Japanese have been playing baseball since the late 1800’s – long before World War II, after which the game really took off. 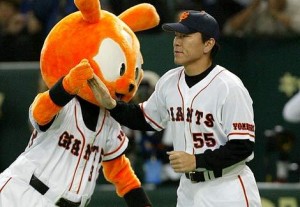 The Nippon Professional Baseball League (NPB) was founded in 1950, but teams like the Yomiuri Giants, the oldest team in the league, have been playing ball since the 1930’s.  The Giants, who play their home games in Tokyo, are the New York Yankees of the NPB, having won the most championships – 21, including nine in a row (1965-1973) and their most recent in 2009.

Things are a little different in Japan.  The Giants have been owned by newspaper “giant” Yomiuri, who foots the bill, since 1934.  Baseball teams in the NPB, for the most part, are named after the corporation that sponsors them.  The Giants are the biggest money makers in Japan sports, hauling in $288 million in revenue last year.

This is a tough one.  First, there’s not much out there in terms of financial numbers for Chinese firms, much less Chinese sports teams.  Second, there is government involvement and some shadow economy in sponsor ownership.  For example, the Guangzhou Evergrande were “purchased” by Evergrande Real Estate for a public fee of about $16 million.  Thirdly, China has a number of wildly popular sports, including table tennis, basketball (CBA) and of course football.  Table tennis is the most played game.  Basketball is exploding in popularity. 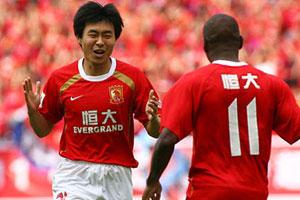 But in the end it is still football that is the most watched and attended game and it is Guangzhou Evergrande, the Southern China Tiger, who is the cream of the financial crop.  According to StadiumZone, Guangzhou is the top revenue producing sports team in China.  It is also the “biggest spender in Asian soccer.”

The Tiger plays in the Chinese Super League which is the country’s new top tier professional football league (established in 2004 from the Jia-A League which had been around since 1987) which consists of 16 teams.  Despite having never won a title in either league, Guangzhou remains one of the most popular teams in China. Guangzhou is one of the oldest and the first “privatized,” football club in China – and is actually just a few games away from its first title. 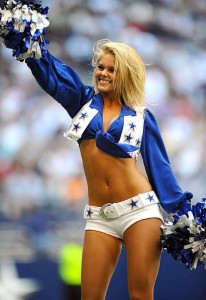 “America’s Team,” the Dallas Cowboys, are the most valuable team in America again – they’ve been the last three years.  The Cowboys and baseball’s New York Yankees ($1.7 billion) are the second and third most valuable teams in the world.  Both “have used a new stadium to dramatically boost revenues.”

The Cowboys are one of the most decorated teams, and probably the most popular team, in the National Football League.  They’ve won five Super Bowls, second only to the Pittsburgh Steelers’ six, and have the most Super Bowl appearances (i.e. NFC Championships) – eight, tied with the AFC’s Steelers. Dallas also has the most playoff appearances – 30 out of 45 seasons since the inception of the Super Bowl (tied with N.Y. Giants).

Some of the greatest to ever play the game have donned the Silver and Blue: the NFL’s all-time leading rusher (with no one currently in sight) Emmitt Smith, and Hall of Famers Troy Aikman, Michael Irvin, Roger Staubach, Tony Dorsett and the recently inducted Deion Sanders to name a few. 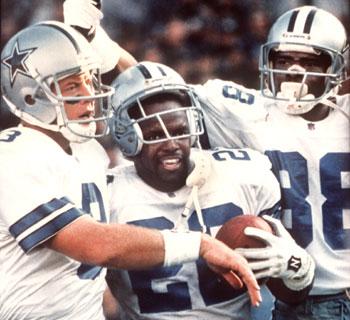