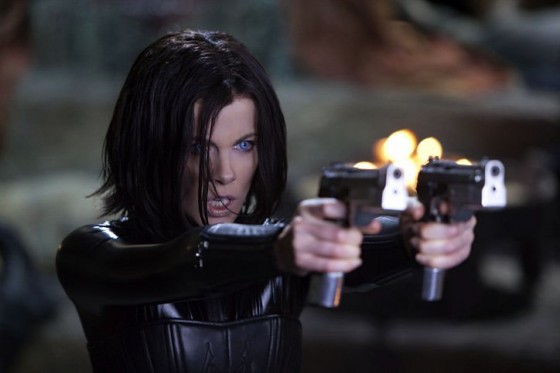 Gorgeous Kate Beckinsale hasn’t exactly seen her career take off since she left the Underworld film franchise in 2006. This probably explains why she returned for the fourth installment, Underworld: Awakening. Either that or she really digs the all leather wardrobe. At any rate, the newest chapter has a trailer, which contains pretty much what you’ve come to expect from the series: punching, bloodsucking, growling, British accents and lots of shots bathed in a bluish-gray hue. It opens January 20th, 2012.