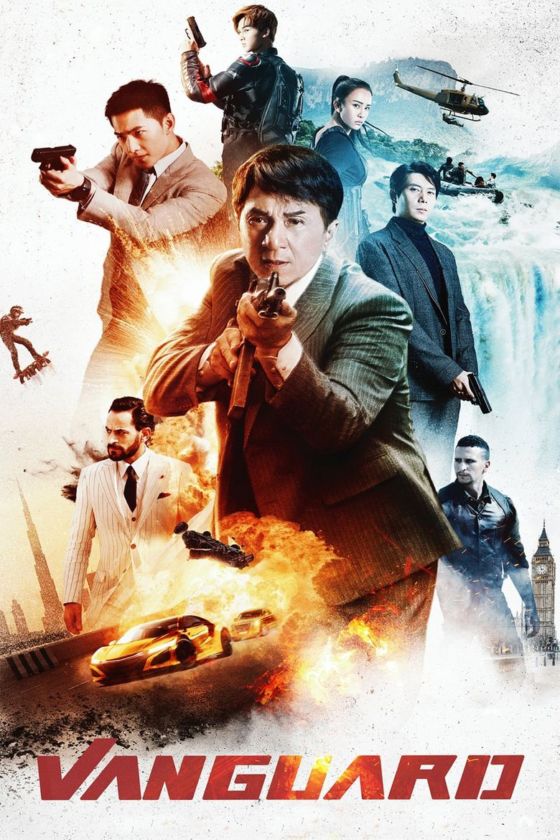 At 66 years old, Jackie Chan isn’t going to be jumping off ledges, smashing through glass, and landing in the hospital in the name of cinema and stuntwork. His latter films – this one included – have been aided by copious amounts of CGI to keep him in the game, but there’s still plenty of fight left in him. Unsurprisingly, the role he takes in Vanguard finds him stepping back to let the next generation shine while still dealing out a good dose of bone-breaking action. 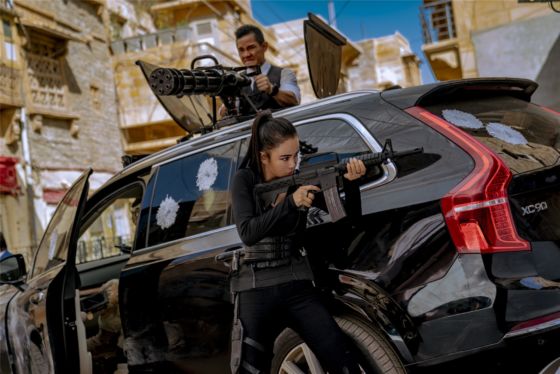 It’s truly this new crop of high-flying, rough-and-tumble actors that lends a certain double meaning to the film’s title, as the word “vanguard” is defined as “a group of people leading the way in new developments or ideas.” (Thanks, Google.) Even though Chan’s name is above the title, the script makes room for the jaw-dropping stunts and fight choreography of his co-stars Miya Muqi, Yang Yang, and Ai Lun as they carry forward the mantle set by Chan himself. 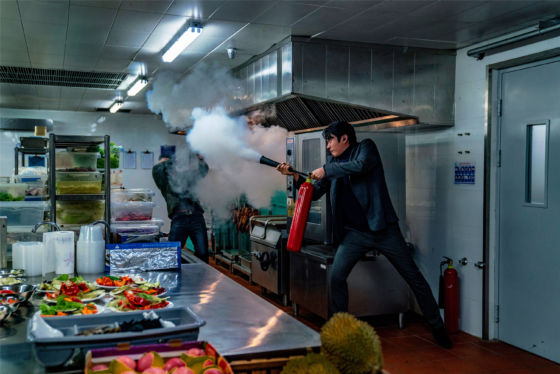 Vanguard is a fast adventure with minimal setup and development. There are obvious and rote characterizations that will prime you instantly for what’s to come – among them, the family man who may or may not make it through the next gunfight, the dude who doesn’t really have time for relationships, and the high-toned villain. Writer/director Stanley Tong shells out enough to hang limited emotional attachments on some of the folks we meet, but we’re made to feel like we’re watching a more martial arts-driven version of Steven Soderbergh’s Ocean’s Eleven, where people fill the roles they’re given and nothing more. 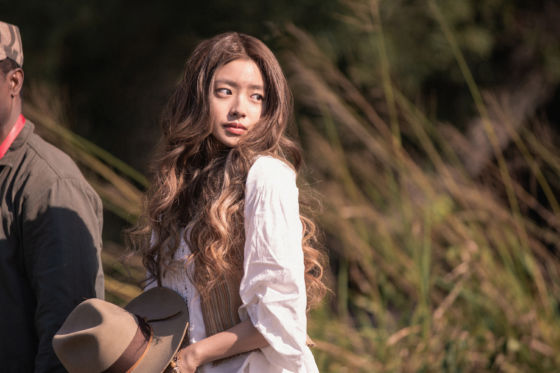 It’s a straightforward story of a security company having to protect a high-profile client at the center of a revenge plot. That’s all the meat Tong puts on the bone for us to chew on while he dazzles us with outstanding action set pieces. A small glimpse of romance is attempted, but it’s neither here nor there; it’s just another thing to kill time between the next round of explosive fisticuffs. Those wanting a little more story depth may want to look elsewhere, but this diversion is suitable for this film’s purpose, which seems to be “blow the audience out of their seats.” 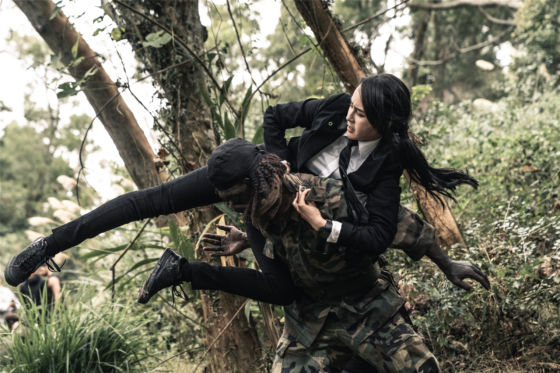 And it succeeds on that very gut level. Vanguard dispenses with the niceties and goes for broke right from the opening credits, where we meet Vanguard security agents Lei (Yang) and Kaixuan (Lun) as they drop a squad of would-be kidnappers. In a confrontation which takes us through a restaurant’s seating area to its kitchen and into the street, Lee Chi-Wah’s cinematography makes sure to showcase their formidable fighting and evasion techniques, heightening our expectations for the rest of the film, which doesn’t disappoint. Providing even more stunning physicality is Miya Muqi, a fellow Vanguard agent who makes quick work of her opponents, whether in hand-to-hand or armed combat. 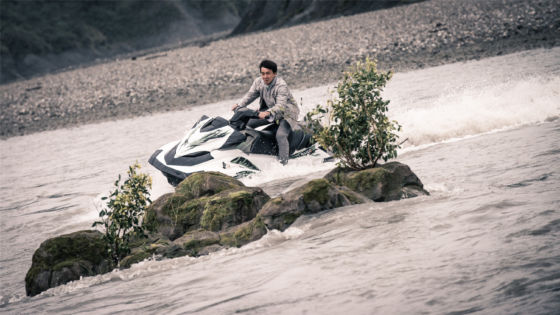 So, where does this leave Jackie Chan? He’s Vanguard’s chief officer Tang Huanting, stepping in where necessary and personally leading rescue missions after their client Qin (Jackson Lou) and his daughter Fareeda (Ruohan Xu) are taken hostage by Omar (Eyad Hourani), whose ties to Qin maintain this film’s thrust. Even with computer effects, Chan still looks good in the smaller-scale stunts demanded of him, some of which are still risky; the behind-the-scenes footage which plays over the closing credits shows him nearly drowning after his watercraft capsizes. 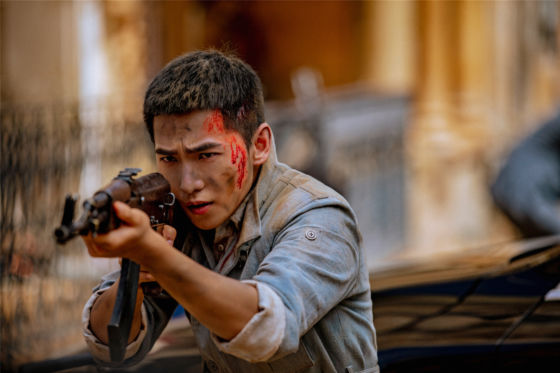 Characteristic of Chan’s later work, environmental and political peace themes are evident. A multinational anti-terrorism effort culminates in the film pivoting from gunfights and kung fu to a kinetic car chase that wouldn’t seem out of place in a Fast & Furious movie. Speaking of gunfights, Vanguard features a rather hefty and extended gun battle, the likes of which we haven’t seen since John Woo quit doing Hollywood films. This blazing set piece would serve well as another film’s finale, but Tong serves it up in the middle act, which makes the aforementioned car chase seem the smallest bit of a letdown. 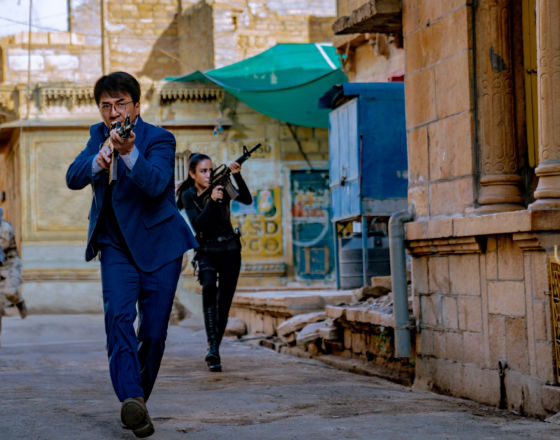 However, even if the car chase is as weak as the action gets – and it is by no means “weak” – it’s a credit to Tong’s ability to entertain. Vanguard is one of the most thrilling, nonstop action films in recent memory, unhindered by overselling its story and characters or trying to appeal to our hearts. CGI assistance notwithstanding, it’s a straight-ahead blow-‘em-up which dispenses with conscience or equivocation. Much like its heroes, it’s there to do its job and do it well, which Vanguard so blindingly accomplishes.

MPAA Rating: Not Rated (contains nonstop action, violence, and some language – equivalent to PG-13).
Outtakes and behind-the-scenes footage play over the end credits.
Running time: 107 minutes.
Released in the US by Gravitas Ventures and Red Arrow Studios.
Now on VOD.

Vanguard is one of the most thrilling, nonstop action films in recent memory.