Some video game characters work perfectly well in their natural environment. However, these same characters would meet some pretty stiff odds in ANY other type of environment they’re introduced to. God forbid they actually have to do something new or different from their usual daily grind of stomping people to death, blowing up fortresses or shooting things full of so many holes that they cease to exist.

Here are a few video game characters whose main “abilities” could easily prove to be nothing but major hassles in everyday life.

Yes, yes, we all know that Samus is hardly at a loss for fighting monsters due in no small part to her missile-firing right appendage. However, when it comes to simple things like, say, typing, how exactly does she get by?

Basically, having a gun for an arm can be more than a little restrictive. Things like guitar playing and monkey bars must be hell for her. At least when the frustration she endures starts to get to her, she can totally destroy whatever it is she was dealing with instead.

Remember all of the first Sonic games? They all had one thing in common; a super-fast blue guy who can actually get moving at such high speeds that the world around him becomes a blur of incredibly dangerous obstacles (massive spikes, anyone?) and equally dangerous monster enemies (who mostly look like eggs and sometimes have fairly big hammers). 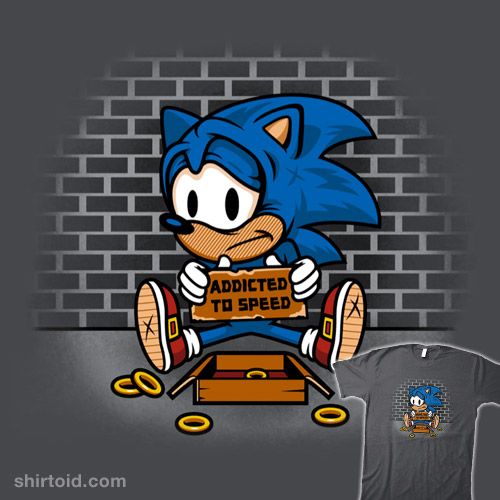 Besides all that, Sonic’s speed actually helps to make simple (seemingly safe) locations he’s traveling through more dangerous than mine fields (unless they ARE mine fields). Yep, he’s so fast he accidentally propels himself off a giant half pipe about two miles off the ground. But then again, the fact that he was on a giant half-pipe two miles off the ground is fairly bizarre on its own.

Yes, we all know that Pacman is awesome and whoever doesn’t like dodging apparitions while munching on a variety of different snacks (ever do LSD and weed at the same time?) is either socially retarded or has some kind of debilitating panic disorder to deal with (wait, these just sound like Pacman fan descriptions).

Despite the multiple mixed feelings of love and shame we’ve reserved within our hearts for that fat yellow blob and the many retina ruining childhood memories we may cherish, the truth of the matter is that if Pacman wasn’t such a food-eating freak, he would probably never have to run away from ghosts in the first place. Seriously, a “wherever the food takes me ” approach to life is probably not the best way for ANYONE to live. But then again, if you honestly don’t give half a crap about being pursued by bloodthirsty ghosts who apparently want to be eaten by you (at which point they kill you immediately) and the mere sight of some kind of generic yellow ball of edible stuff sends you into a jaw-flexing frenzy, then living the life of Pacman may, in fact, make perfect sense.