Gadgets > Games > A Video Game That Lets You Shoot Hitler, in the Balls

A Video Game That Lets You Shoot Hitler, in the Balls 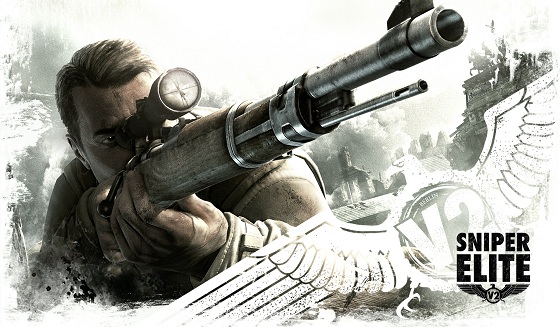 The picture above is a promo image for the game Sniper Elite V2. We don’t expect you to be intimately familiar with it because it got reviews more average and bland than anniversary sex on beige bed linen. However, it did have one saving grace, if you pulled off a sweet enough shot, the in-game camera would follow your bullets’ path through the air as it hurtled towards an unsuspecting Nazi dome. Like so. 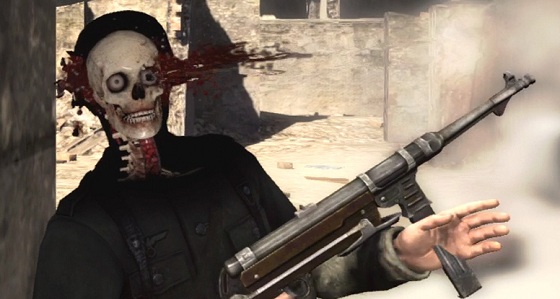 It’s a little known fact that Nazi’s were powerless without their heads.

That is literally the only cool thing about the game, the rest of the games combat is clunky and controls so poorly some gamers actually developed spontaneous PTSD so their bodies would go into shock and thus be taken away from the game.

Which is a shame because the makers had an amazing idea in the form of an exclusive mission given to those who pre-ordered the game. In which you can assassinate virtual Hitler. Yes, that Hitler.

You can of course be a true sniper, play the game properly and shoot the Führer right in the face, but this is your chance to kill the most evil man in history, a man who’s been the cause of more pain and suffering than almost all of the Nickleback albums combined. If you had a chance to shoot Hitler, I think we can all agree that you’re morally obligated to aim for his soft, Nazi balls. Because fuck Hitler.

Sniper Elite lets you do that and since we wouldn’t want to subject you to actually having to play the game, here is that shot in glorious HD. Notice how the game renders that Hitler only had one testicle, that’s called historical accuracy and all forms of accuracy are important in a game called Sniper Elite. Enjoy.