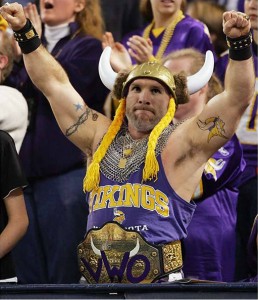 Brett Favre is back, back from what you might ask? That’s a good question considering he never really left. Brett Favre’s second retirement lasted all of one month. Earlier today Favre signed a one year deal with the Minnesota Vikings. He is the NFL’s version of a crazy girlfriend. Favre has led on and teased  everyone in the league. Matter of fact, Brett has done everything short of faking a pregnancy. Favre has strung the media and fans around and as soon as we start to forget him he comes back to ask for another chance. This Shakespearean masterpiece started in March of 2008 when Favre proclaimed he would never play football again only to wind up playing the 2008 season as a NY Jet. We saw an equally moving performance this off season when he told Minnesota Vikings Coach Brad Childress he was going to stay retired, until today. 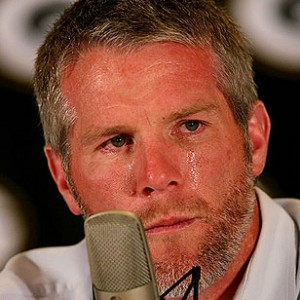 Brett Favre has waltzed into our lives to for at least one more retirement conference in 2010. So who is at fault in this saga? Brett Favre? The media? Those awful Wrangler Jeans commercials he’s done?  The Minnesota Vikings in my opinion are to blame this time. They are giving this 40 year old man another opportunity. The Vikings acted like it was last call at the bar and instead of sucking it up and going home alone they ended up with the 40 year old 300 lb broad nobody wanted. 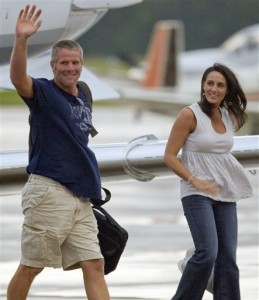 Don’t get me wrong, Brett Favre is a legend. He holds quarterback records that everyone thought could not be broken. He is a first ballot Hall of Famer and one of the best to ever play the game. But enough is enough. If i wanted this drama I would join my Grandmother at the assisted living home and watch Days Of Our Lives. I know Favre loves the game because he could be doing so many other things. Have you ever seen his wife? Or he could have a career in acting, who could forget him in There’s Something About Mary? So come on Brett, hang up those cleats from 1968 up and give me an answer. Why do you always build me up (every off-season), just to let me down?