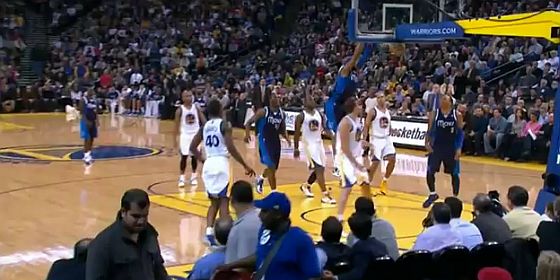 Vince Carter might be at the end of his career, but he’s still got a few new tricks. At the end of the second quarter against the Warriors, Carter displayed both his veteran wiles and his legendary jumping ability in one play. With the Mavs down four and time running out Carter appeared to check out of the play, planting himself in the corner with an apparent injury. Once his man moved off of him Carter showed there was nothing wrong, cutting to the basket just in time to slam home an Elton Brand pass.

The play is a blast from the past for Carter, once the best dunker in the NBA.