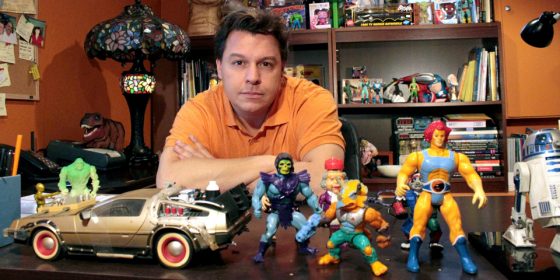 First, and by far the best, comes The Travel Channel’s The Toy Hunter starring Jordan Hembrough. This man on a mission (a man who’s been buying and selling toys for 30 years) travels to people’s houses, toy shows, and flea markets and purchases rare and vintage toys all the while having a bunch of knowledge on just about everything and its fair value. It’s a great show. 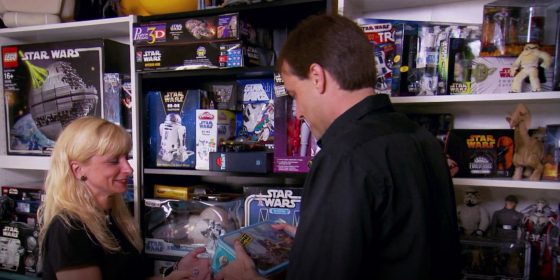 Secondly, it’s Collection Intervention on SyFy. This show’s premise follows the ridiculously cute Elyse Luray as she attempts to help those people out there who may have gone just a little crazy collecting anything and everything from action figures to comic books to movie memorabilia.

Though both fun shows on their own merits, I prefer Jordan and Toy Hunter mostly because the dude is as charming as you read about and is just a fountain of fun facts. Sadly both shows have been cancelled, but if you dig around, you can find ways to stream old episodes. So, this all brings us to the point: vintage and obscure toys. Having watched both of these shows, I have bore witness to a wealth of toys I have either never seen, or haven’t seen in twenty or thirty years. And thus I have chosen ten to tickle your nostalgic fancy. Enjoy!

So what are 'Red Line Hot Wheels'? Well, they're obviously Hot Wheels toy cars -hence the name- but they're a special vintage of said cars that were produced between 1968 and 1977. What makes them so special is the fact that they've got red lines running the circumference of each wheel. Get it now? They're also exceedingly difficult to find and some models can run upwards of several thousand dollars a piece. 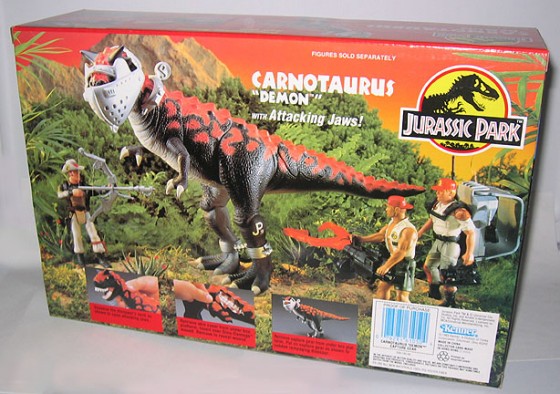 On the September 12th episode of 'Toy Hunter', Jordan discovered several Jurassic Park toys including prototypes of styles that were never released. According to him, the toy line as a whole is steadily increasing in value do to many of the rarity of many of the pieces. Though prototypes are typically only found in the hands of very avid collectors and even ex-toy company employees, they are out there and they are prized.

The Dukes of Hazzard Action Figures 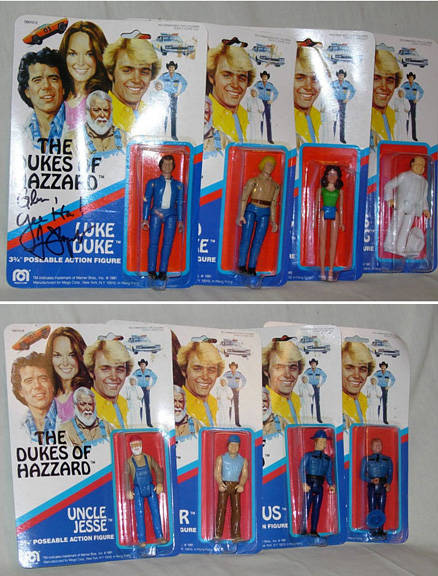 MEGO's short-lived series of action figures based on the 80's hit, 'The Dukes of Hazzard' features a full cast of the main characters, including the incredibly rare (especially still mint-carded) Daisy Duke. Not only that, but here head/face mold was scrapped and changed after the initial wave because... well, she was grossly disfigured, to say the least. 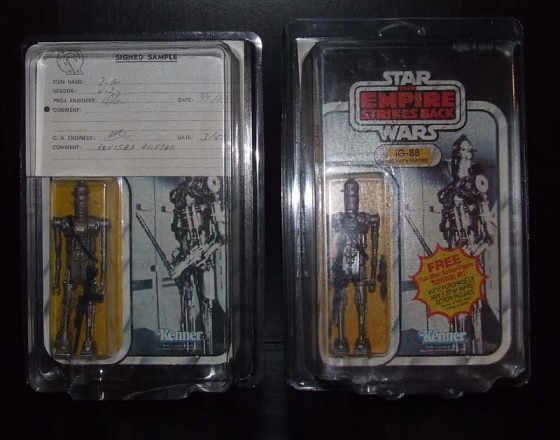 The best example here is the 'Early Bird' special from Kenner for the 1977 release of Star Wars. The holidays were approaching and Kenner had no time to make enough figures for store shelves, so instead they sold 'Empty Boxes' which had certificates that could be mailed away for the first four characters produced. Finding a complete set of all 12 figures and the 'Early Bird' display is rare to say the least.

The Lord of the Rings Action Figures 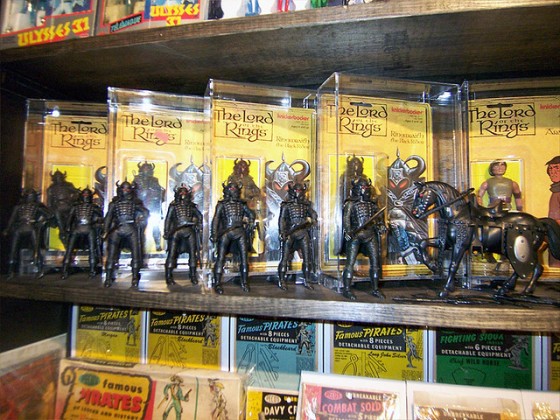 The Knickerbocker toy company attempted to match the success of Kenner's Star Wars toy line by creating a few figures from the 1979 release of the animated 'Lord of the Rings'. Though the movie was a hit, the toys really weren't and thus the line was abruptly cancelled after only a few figures. Finding any still packaged can fetch a few hundred to over a thousand, and even lose figures (as 'The Toy Hunter's Jordan has once) can go for prices in the low hundreds. 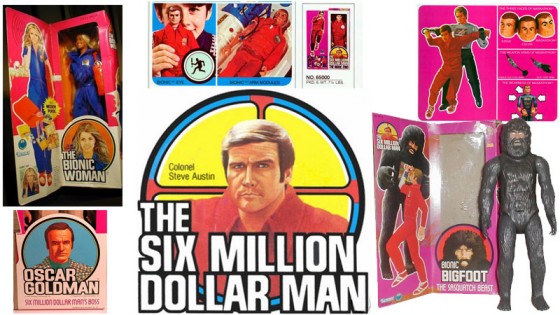 Back in the 70's, television was inundated by really goofy shows (much like today, in fact), and one of those programs which really became an instant classic was 'The Six Million Dollar Man' starring Lee Majors as Steve Austin, the man chock-full of bionics. Anyway, as the series progresses, Austin would sometimes do battle with... Sasquatch. That's right, Big Foot himself. It became really popular, so when the toy line was released in 1977, so was a toy of the now very hard to find cryptozoological beast. He can sell for upwards of two grand in the package. 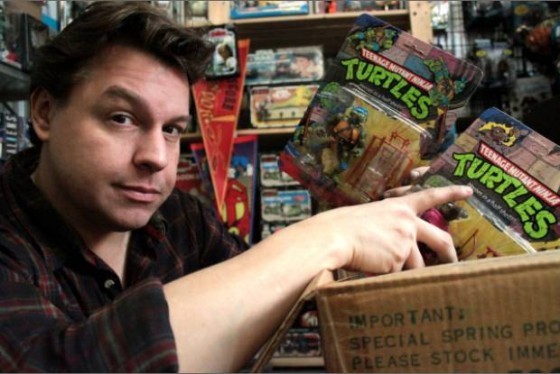 Once again, Jordan Hembrough himself (The 'Toy Hunter') has said in multiple interviews that one of the classic toy lines from the 80's to really watch out for is Teenage Mutant Ninja Turtles. Why? Well, the subject itself has never really wavered all through the first wave of cartoons, through the films, all the way through its recent resurgence with the brand new animated program. Turtles have always seemed to just be around, and this has helped solidify the classic series as a very pricey run where some even go for $600 or more. 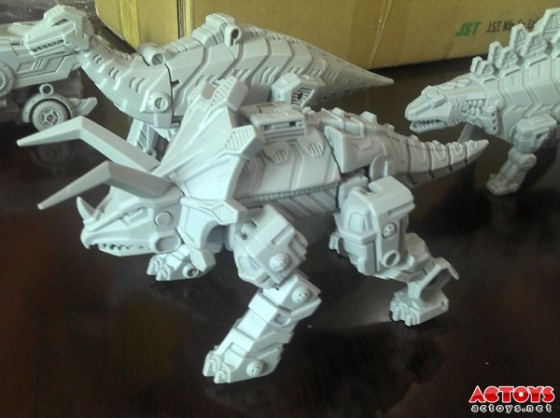 The Transformers line from the 80's, specifically the Generation 1 series, has always been immensely popular. However, thirty-plus years later, the collectibility has only risen exponentially, especially when it comes to figures that weren't actually meant to be produced. This is what prototypes are, and they were never supposed to see the light of day outside of the four walls of the manufacturer. Jordan Hembrough has seen several, and each has sold for hundreds of dollars. 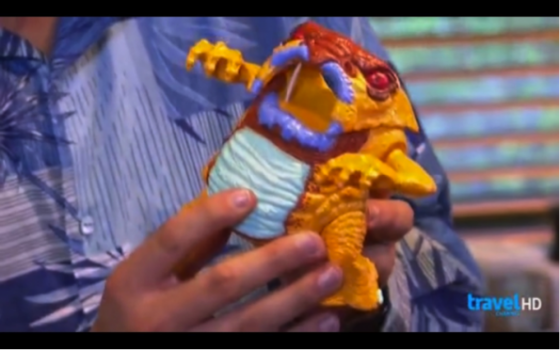 If you watched the video clip from the opening to this article, then you know just what the Mad Bubbler is. But, just in case you haven't, it is a toy from the Thundercats line from the 80's that is largely considered one of the Holy Grails of the collectible world. Why? Well, once again, this is a toy that was never meant to be produced for whatever reason. For twenty years the scarcity was so vast that it was only spoken about in legend. Now, some have seen the light of day and have sold for twenty grand. 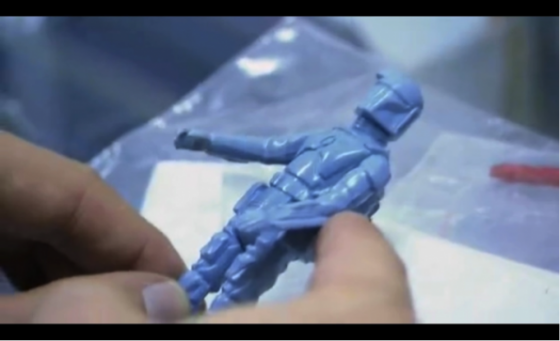 Sure, the Mad Bubbler from above is ONE of the Holy Grails in the toy world... but THE Holy Grail has got to be the Rocket-Firing Boba Fett. This toy was nearly produced until it was decided that the little, tiny rocket could easily be a choking hazard and likely poke out an eye. Now, prototypes were released to Kenner for testing, and a few have been let out into the open. The ones that have can go from anywhere between ten and twenty grand.