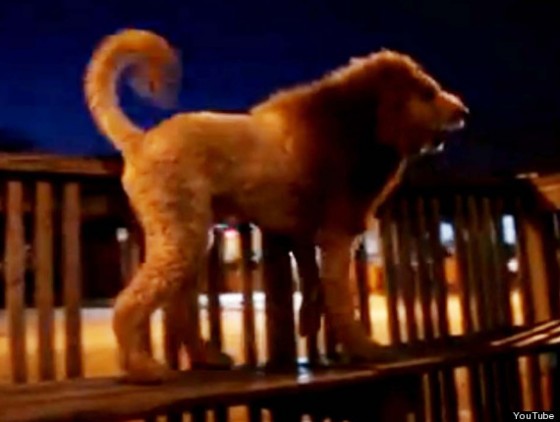 Meet Charles. Charles is a labradoodle. Charles has been shaved by his owner to look like the mascot of Old Dominion University. We are not entirely sure what being shaved like a lion does to Charles’ sense of dignity, however we are sure what it does to the local community.

Recently, a nervous neighbor called the police via 911 to make sure that an actual Lion had not escaped from the local Zoo. According to the Virginia-Pilot, Charles was determined to be the ‘Lion’ in question after it was determined both of the Lions at the Virginia Zoo were safely in their pens. 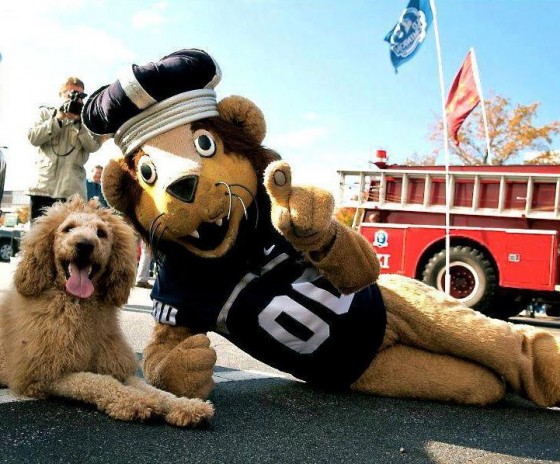 According to owner, Chris Painter the dog loves “tailgating and the occasional slice of pizza.” We can certainly understand why someone grooming a poodle mixed with a labrador would inspire fear. The fear involved is not that there is a prowling lion in the streets, it has more to do with the psychology behind shaving animals to look like other animals.

However, if you want to support your local labralion as well as find out about their likes, wants, and see them update their statuses with “Oh no, you didn’t…” We are happy to report that Charles has a Facebook page. Of course, the page has nearly ten thousand followers just wondering what Charles will do next or what his relationship status is. We would imagine it has something to do with ‘planned breeding.’ 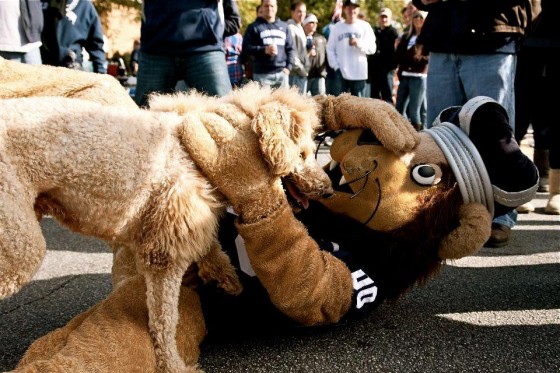