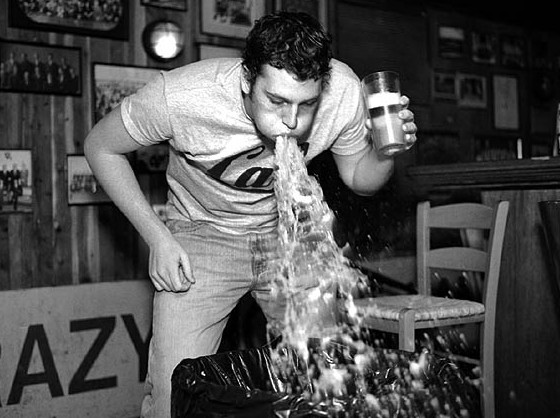 The weekend is knocking on the door and sleep has been in low supply… and its the holiday. I need dead presidents, son. The kids need shoes and toys to keep ’em from bothering me. The wife needs… I have no idea, but I know it’s going to be expensive.

I missed on the opportunity to knock on the Bolts (easily covering the 9.5… welcome back Vincent Jackson, nice of you to join us) so I’m looking at the rest of the slate for the NFL week. I’m also looking to disguise the time I’m about to dedicate to researching the lines, so I’ll drag your ass with me and call it work.

For the record, gambling is illegal, and like most of the things in life deemed unfit by the mother fuckin’ man, gambling is fun as hell. If you have a gambling problem, get help… help losing less so no one thinks its a problem. Then you don’t have to quit gambling.

You also won’t have to quit drinking. You’ll have money. We can drink and gamble until we puke.

Pull up a bucket.

The Jags are traveling to Indy and the book has the Colts giving five flat. Five. Let’s review.

The first time these teams played (Week 4) the Colts fell on a last-second, 59-yard field goal by Josh Scobee… 31-28. That was in Jacksonville. Fast forward to Week 15. The Colts are facing a one-game disadvantage in the AFC South, and in that first game the lesson was undeniable: the Jags couldn’t stop Peyton Manning. He threw for 352 yards with two touchdowns and a pick. Solid day, on the road, in a hard-fought game where the Indy D couldn’t support the 28 points Manning’s offense posted.

In fact, the Jags’ may be the most fraudulent team in the playoff mix. They come in with the league’s 28th-ranked pass defense, boasting only 12 interceptions while giving up 258 yards per game through the air (8.7 yards per catch).

I’m layin’ the car payment on the Colts.

Speaking of Manning… brother Eli will welcome Mike Vick and the Philadelphia Eagles, the best of the afternoon set on Sunday. The teams are fighting for the right to represent the NFC East, tied at 9-4 at the top of the division with the Eagles touting the edge with their Week 11 win over El Gigantes (I don’t speak Spanish… I’m an arrogant American, no need to be bilingual when the world can conform to me). It was just one month ago when the Eagles took that game 27-17 in Philly, and now they swing north with the hometown Giants laying three.

That number scares me, but I’m intrigued by the Giants defense. They bring the league’s second-best against the pass, giving up 186 pass yards per game. They own 39 sacks, the best number in the league, and in their first match with Vick they gave up the yards but didn’t give up a single passing score to the parolee.

Granted, Vick ran for one, but this offensive line has suffered loss since. Winston Justice is the latest casualty and his replacement, King Dunlap, struggled to keep Dallas out of the backfield last week. The Giants will be coming at him again this week, and they are undeniably better than the ‘Boys when you’re getting after the quarterback.

The Sports Guy and Cousin Sal could say this is, essentially, a pick ’em for Vegas (giving the field goal to the home team). If you believe in the Giants defense on any level, you could view this spot as a potential lay.

I wouldn’t put the mortgage out there, but you can double up on your monthly medical bills… if ya’ want.

Player props. They are the gravity bong of NFL handicapping.

This week we find BoDog listing the Sunday night battle between the Packers and the Patriots as a “Bet Live” event. They don’t have a line on it now (waiting to hear if Aaron Rodgers will play or not, suffering the effects of concussion), but when the board lights up during the game my fingers will be lighting up the keyboard to see what number the book puts on the Law Firm.

BenJarvus Green-Ellis will be the landmine for the Packers, working in the shadows of Tom Brady… the tallest shadow in the league when you consider his last two games. Most will be focused on the quarterback and his ability to throw. Ellis (averaging 4.3 yards per carry this season, five touchdowns over his last four games) will feast on the league’s 19th-ranked rush defense. At first glance it suggests the Packers can compete as an average defense against the run (especially when you note they’ve surrendered only five rushing touchdowns all season long), but they are giving up 4.5 yards per carry. Play the Packers with a healthy Aaron Rodgers and you have to score and score quickly. They drive up the score.

Rodgers may not be driving anything this week. He’s concussed.

Even if Rodgers were to play, more than a few have posted rushing yards on this crew this season (103 by Vick in Week 1, 131 to Adrian Peterson in Week 7, 110 to Michael Turner in Week 12), and with Brady on the field taking aim at the third-best pass defense in the league, I’d expect the Law Firm to get plenty o’ carries and to shoot for whatever yardage OVER/under they put on his ass when they go live on Sunday night. 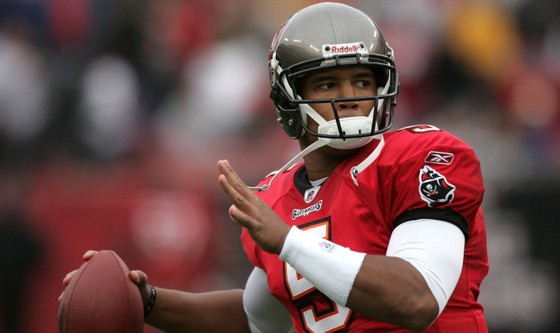 A quick note on the Lions/Bucs… a game most will ignore, a game Vegas has taken off the board as they wait to hear if Shaun Hill or Drew Stanton will play. We don’t care about that shit. They suck.

Josh Freeman does not suck. Josh Freeman is the man, and he’s going to expose a Detroit defense that has been mistaken as a crew on the rise.

In terms of yardage the Lions are solid, ranked 13th in the NFL passing yards surrendered per game (220). However, the Lions have relented 21 TDs (only eight teams have surrendered more) with opposing passers posting an average 92.5 QB rating (ranked 28th).

Teams have found no problems in throwing against Detroit. Josh Freeman won’t either. Hit him up on the day of the game and lay the money you earmarked for your phone on a couple of those player props.

It never gets old.

Neither does betting against Mark Sanchez. Sanchize travels to Pittsburgh this week, and the average cover man might look at the numbers and the scenario and say, “Those Steelers may be good up front but so are the Jets, and Pitt isn’t so strong in the backfield.” That would be fair if speaking in terms of yardage – the Steelers rank 23rd in pass defense in the league, giving up 233 clicks per Sunday. Thus the company line would and maybe should be as it was over the last two weeks: if Sanchez can do anything positive at all in passing, the Jets should be in the hunt.

1) Folks suggested Sanchez would be the difference in the recent stretch, and he was. 45% completion rate, no touchdowns, four interceptions, two losses.

2) The Jets are good up front, but they are injured. The loss of Damien Woody at right tackle is one of tremendous concern. Last week he was out and that left Wayne Hunter to fill his shoes. He gave up three sacks.

3) The Steelers do give up yards through they air. They also intercept ball through the air… 17 thus far (only five teams have more). They also hold opposing quarterbacks to an average 77.1 passer rating (ranked 6th). Sanchez likes to throw picks. He likes to make mistakes. He doesn’t like the pressure… and that pressure is coming.

Lay the six. Take the Steelers.