Media > Music > Vote for the Most Annoying Song Ever

Vote for the Most Annoying Song Ever 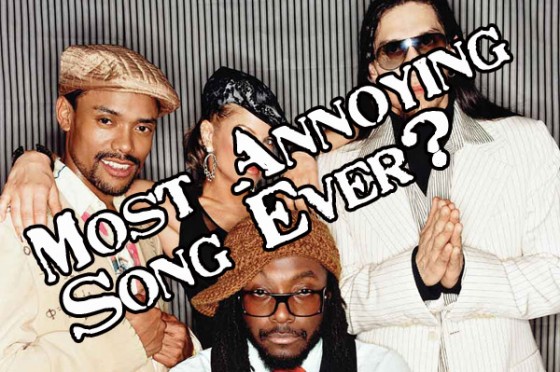 We all have songs that we not only hate, but get stuck in our heads. These songs make us dive for the radio to change the station, or make us wish we were deaf. While we all have our own personal songs that do this to us, Gunaxin did extensive research and found 20 candidates for the most annoying song ever. Yes, there are other songs that could go on this list, so politely add them in the comments if you think they belong and call us retards for not including them.

We have a couple of rules for this list. No songs meant specifically for kids. That’s a different list, and would include It’s a Small World, I Love You You Love Me by Barney, and Manamana from the Muppets. Also, no commercials. That’s another list, too.

I’ll spare you the videos because no one wants to hear these. And don’t mistake annoying songs with guilty pleasures, or songs we used to like but no longer, like Ice Ice Baby, because at one point we did like that.

Just to show you I’m using research and not just making a list of songs that I don’t like, I happen to enjoy Tubthumping and Photograph, and I hate the following but didn’t include them because too many people love this crap: