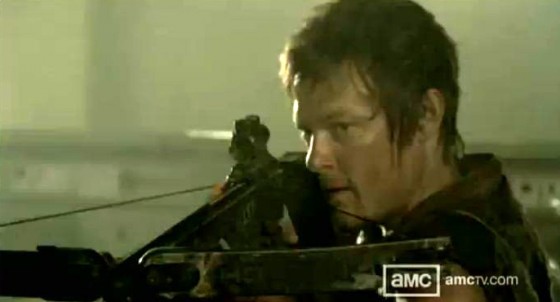 Once upon a time Comic-Con was an intimate gathering of comic enthusiasts trading books and pontificating over the best ways to launder Superman’s cape. Now it’s a massive cattle call consisting of costumed fanboys and fangirls and hordes of TV/movie studios hocking their latest wares. One of the highlights at this year’s event (for me anyway), was the unveiling of the Walking Dead Season 3 trailer, which includes new characters, new guns, a prison, Woodbury, and plenty of zombie kills. I’m sure some people have soured on the series after a largely uneventful Season 2, but the action appears to be escalating for the better.