Season Six of AMC’s record-breaking post-apocalyptic thriller begins tonight. The show has become a sensational hit as it sets and breaks records, season after season. The success of the show is represented in the numbers. The series première in 2010 was watched by 5.25 million viewers. The finale of the same season rose to 5.97 million. The ratings steadily grew, and the Season 2 finale broke cable TV’s record for most viewers for one episode. (Previous record was held by TNT’s Raising The Bar, 7.7 million viewers).

Since then, the numbers just keep on growing, with last year’s Season 5 première seeing an astounding 17.29 million viewers. At this point, the creators of the show have grown a large enough audience that they can begin to take us places in the story that they were worried about introducing us to in the past. They can tell more of the story and give deeper in-depth backgrounds to the characters all the while adding new characters too. As we wait for the show to return, let’s enjoy a look at some of the best moments from Season 3 and Season 4.

SPOILER ALERT! If you have not watched the most recent season of the Walking Dead, you might not want to go any further as you are about to run into Spoilers galore! 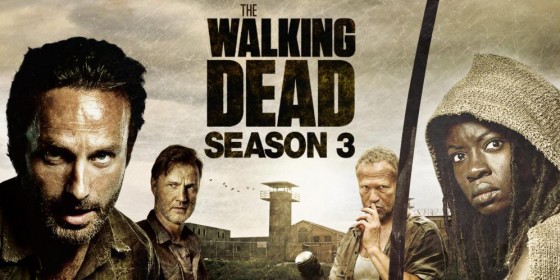 As the group enters the prison on a mission to clear it out for them to live, Herschel gets bitten on his leg. As they grab Herschel, they find the prison’s cafeteria and enter it to escape all the walkers trying to get to them. With Herschel lying on the ground in agony, Rick immediately grabs his hatchet and quickly cuts off his leg in an effort to save his life. The pain knocks Herschel out and as Rick looks for something to stop the bleeding, Daryl notices that there are prisoners watching them from the kitchen. 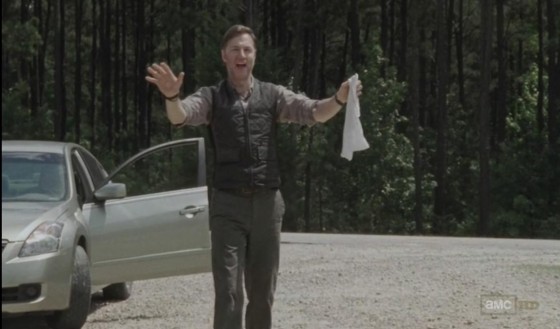 The Governor, Leader of the town of Woodbury, brings Andrea and Michonne to the sanctuary and bring them in as part of the family. The moment that shocked us was when the Governor ambushes a team of US National Guardsmen who were searching for Welles, their pilot. He had gone missing when his helicopter crashed earlier.

The Governor approaches them with a white flag letting them know that Welles is alright and that he has him back at the town of Woodbury. As the soldiers drop their weapons, the Governor gives the signal and his troops open fire on the unsuspecting soldiers. It was a massacre. 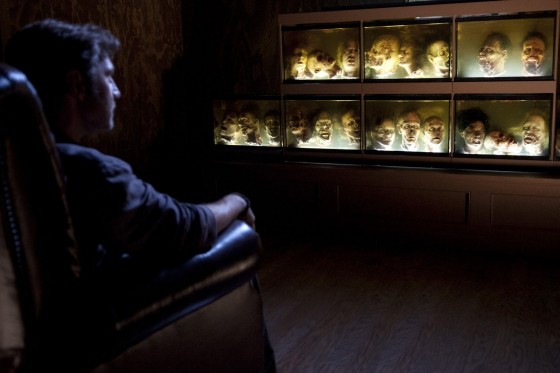 The final scene of the episode is the most important as it reveals a side of the Governor we did not know about. The governor has trouble sleeping so he opens up the door to a private room with a lock on it. He sits down and the camera slowly turns around to his back side revealing a pile of live aquariums with human heads floating in them. Two of them were Michonne’s walkers that she had brought with her while another was Welles, the pilot from the helicopter crash.

We knew this moment was going to eventually occur, we just didn’t know when. So when the group was split up inside the prison, Lori was stuck in the boiler room along with Carl and Maggie when the moment arrived.

This gut-wrenching scene ripped at the hearts of us all when Lori began bleeding during labor. She knew she was going to die and so would the baby if Maggie didn’t help her by performing a C-section to remove the baby from her dying body. It left us all in tears as we watched the birth of a baby girl followed shortly by Carl having to shoot his mother in the head to prevent her from turning. This was the second time Carl has had to murder someone close to him. He already shot Shane in the head saving Rick’s life at the end of season one.

The showdown between Michonne and the Governor, which we were all anticipating throughout the season, finally arrived. It ended with both Michonne stabbing him in the eye and the death of the his daughter, Penny, who was a walker already that he kept locked away because he could not force himself to kill her.

If not for Andrea walking in on the fight and pulling a gun on Michonne, the Governor would have died from the hands of Michonne’s sword. It was a moment that Andrea would regret later on. 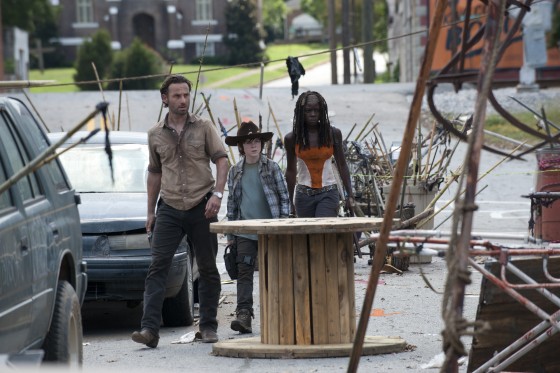 Season 3 has been tough to watch. From the shocking deaths to the constant feeling of hope being taken away, Rick has started to lose his mind and begins talking to imaginary people.

In the final scene of this episode, Michonne tells Rick she used to talk to her dead boyfriend. She wanted him to see that he is normal, that everyone is dealing with something and he is not alone. His response with a smirk was simply, “Do you wanna drive? Because I see things.” It showed us that he finally trusts Michonne and that she is a member of their group now. 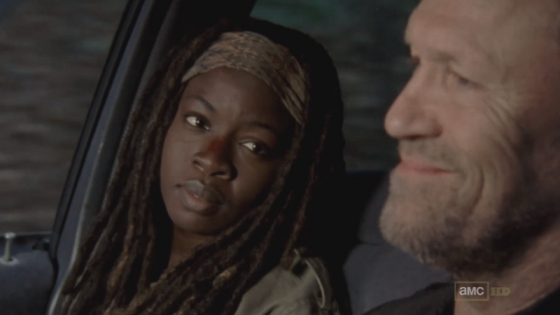 One of the most disliked characters of The Walking Dead was Daryl’s older brother Merle. He was all about himself and his brother. He wanted to take Daryl away from Rick and just the two of them can go survive on their own. However, the plan fails and eventually, Merle’s character begins to change.

During this episode, Merle is given orders by the Governor to retrieve Michonne and bring her back to the camp. On their ride back, Merle stops and tells her to get out of the car, giving her a chance to escape and live. It is the first time we see Merle act like a human by showing compassion.

The scene only lasted 0:16 seconds but it was as scary as anything the show has given us so far. The camera pans out from a prison being overrun by walkers to a man standing off in the distance looking on it. As the camera moves away, it ends with that man standing the left, the viewers realize it is the governor, he is back.

Words cannot describe the power of this scene. It was as shocking as it was brutal. The death of Herschel was one of the hardest things to happen to the group since they left the farm.

Carol tried teaching Lizzie and Mika how to survive in this cruel World but it did not go as planned when Lizzie brutally murdered her little sister Mika before pulling a gun on Carol and Tyrese. Lizzie thought if she killed her and let her become a walker, she would still come back and be her little sister. The scene showed us just how bad things have become in this World. That even a child could become a monster. Her intentions were good and that is exactly why Carol had no choice.

Carol’s choice was no longer hers. She had to do something unimaginable and murder a child that is dangerous because she doesn’t see life and death the same way anymore. Carol taught the girls how to use weapons and how to survive. She blamed herself. She had no choice but to kill her now. The entire episode was special but the sequence of events surrounding the death of both girls changed how viewers watched the show.

Carl is about to be raped by an evil member of Joe’s gang so Rick fights Joe to break free and save his son. During the scuffle, Rick rips Joe’s jugular vein out with his teeth. Nothing more needs to be said, the moment showed us just how much of a bad ass Rick is and that he would save his family by doing whatever it takes.