So there I am watching last night’s episode of Sons of Anarchy, completely oblivious of the “surprise” that was reportedly in store. So, about halfway through the proceedings, during a compromising scene involving a morbidly obese man in a studded leather thong, in walks a tall transgendered escort with massive breasts played by… wait for it… Walton Goggins, aka Justified‘s Boyd Crowder. 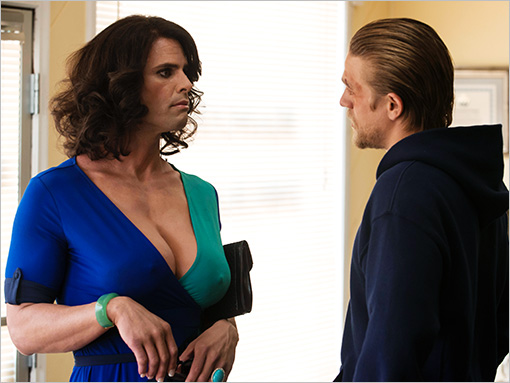 Yes, we get to see Goggins in assless pants riding a pasty white whale of a man. To call it glorious would be an egregious understatement. Here’s hoping Miss Venus Van Damme returns to Charming very, very soon.