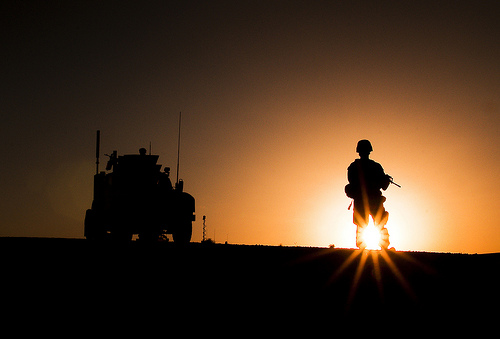 I remember back in the good old days when wars and military insurgencies were given straight forward names like, ‘World War II, The Vietnam War, The Korean War… you get the idea. Then President Bush Part One took over the White House and things started going rapidly down hill. When George decided to head into the Middle East, it was decided that the battle would be called ‘Operation: Desert Storm’. And, despite the fact that this was chock full of euphemisms and really more colorful than necessary, it was still pretty cool. This was followed, inevitably, by ‘Operation: Desert Shield’ which sounds more like a Captain America comic then a protective military strategy.

Then Bush 2 ‘Electric Boogaloo’ took over, eventually, and lots of war issues went down mostly to make daddy happy. They had all kinds of colorful names like… Operation: Turn Afghanistan into a Parking Lot… kidding, but there sure were a ton of wars happening. And then we got ‘Operation Iraqi Freedom’ and ‘Operation Enduring Freedom’. Which eventually gave way to Obama. Oh boy. 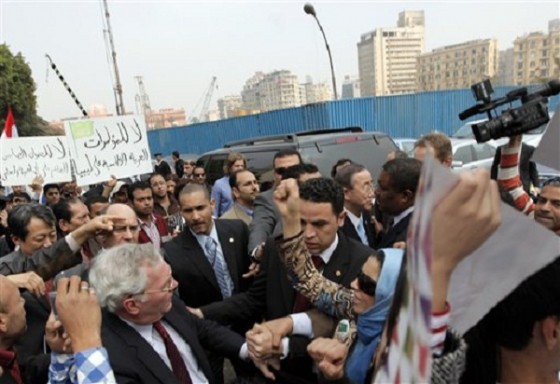 And President Obama right off the bat told the world that getting the troops out of Afghanistan and Iraq was high priority. Or… maybe not (This writer has a friend in the military… I know things…). But that’s really beside the point. What is the point is that, thanks to Obama, we are now in Libya. However, this is not the time nor the place to argue the stupidity of this new ‘Police Action’. But hey, wanna play, “guess what this particular battle is called?” Yeah, I thought you might. As it seems, this is what’s going down:

U.S. African Command (AFRICOM), the U.S. regional military command dealing with the continent of Africa, and its commander Gen. Carter Ham, are leading the first phase of what the Pentagon has dubbed “Operation Odyssey Dawn” to suppress Libya’s air defenses to establish a no-fly zone over Libya.
Other early members of the international coalition imposing a no-fly zone over Libya include France and the United Kingdom, joined Monday by Belgium and Canada.

Did you see that? Yeah, it’s actually called ‘Operation Odyssey Dawn. Holy. Shit. First of all, let’s go over what Odyssey Dawn sounds like including Not A Military Action:

B) The release of a 1981 Video Game Console. It honestly looks like the ad in a Sears Catalog from Christmas ’81 where two kids in dorky sweaters are gaping at a huge box containing the latest video game.

C) A golf course. Apparently after winning in Augusta, you get the option to play Odyssey Dawn in Tripoli. Fun!

Well, good luck to them over there, because from what I understand:

U.S. officials insist it has to be resolved soon–“days, not weeks,” as Deputy National Security Advisor for Strategic Communications Ben Rhodes said Sunday.
“I would not put a date certain on this,” Gen. Carter Ham said Monday. “The first thing that has got to happen is identification of what that organization is. We have been from the start planning how to effect this transition once that follow-on headquarters is established. It’s not so simple as to have a handshake and say, ‘you’re now in charge.’ “

Alright. Whatever you say.