Was Devendorf’s three for Syracuse good?

In case you missed it, Syracuse and Connecticut played an epic six overtime thriller in the Big East Tournament on Thursday. After 3 hours and 46 minutes, Syracuse prevailed 127-117 over the team that was ranked #1 only last week. But they was some controversy at the end of regulation when Syracuse’s Eric Devendorf hit what appeared to be a game winning three pointer. The video clearly shows the referee initially allowing basket. Upon review, however, the officials disallowed the shot and the game proceeded to go on and on an on.

Below is a video on the incident and it’s very close whether the shot was off in time. Pay attention to when the red light goes on and where the ball is. Is it still touching his fingers? Of course, the margin of error by the timekeeper isn’t talked about. As a former track athlete, I know official time adds .3 seconds to hand timing to account for human reaction to a starter’s pistol. Everyone wonders whether Devendorf got the shot off, but little attention is paid to how accurate the timekeeper was in starting the clock. Measuring time in tenths of a second means little when human error is involved (Here’s one proposed solution). That clouds the issue of whether the shot should count, but you can make your choice below after reviewing the tape:

If you want more information to go off of, here are some stills… 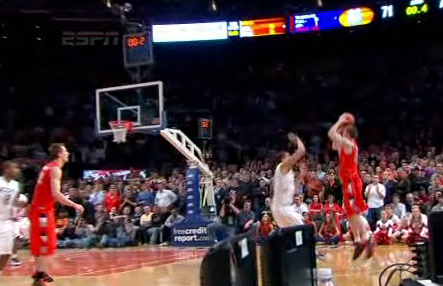 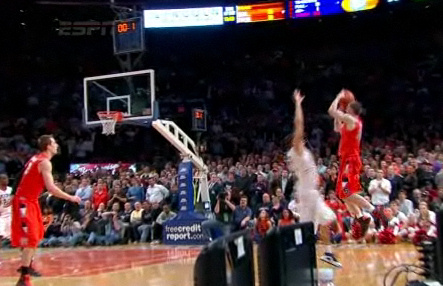 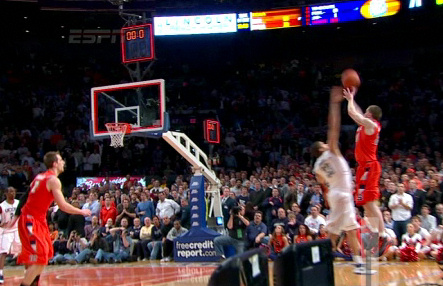