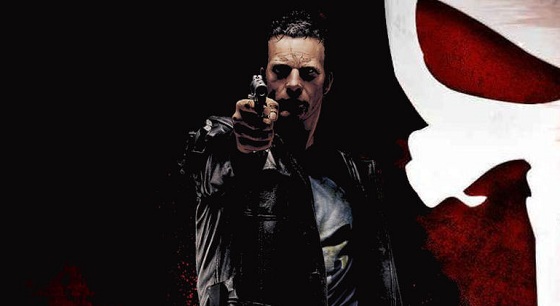 The Punisher is easily one of the best Marvel heroes. Not because he’s the most recognizable, or the most powerful, but because he’s easily the most fun to watch work.

Deep down, we all hate crime, we all want bad guys to get what’s coming to them, and the Punisher is only too happy to oblige with his giant, man-sized fist. So, for all you justice fans out there, why not enjoy the Punisher doing what he does best? Dropkicking crime right in the eyeballs. Here’s every kill he made in the 2004 movie and the 2008 one.

Each film incarnation stars a different actor — the first Thomas Jane, the second Ray Stevenson. Jane was praised for his physical similarities with the Punisher, whereas Stevenson was praised for his gritty determination and penchant for punching clean through people’s faces.

Surely the perfect Punisher movie would be one where Thomas Jane just stopped giving a shit and decided to rip crime a new asshole. Luckily, a filmmaker had the same idea and asked Jane if he’d appear in a short that showed him doing exactly that. Thomas Jane, being awesome, said yes.

If you want your day to be a little more badass, we wholly recommend watching the Punisher whip these guys. If not, we hope our crude slide show captured at least a little of its awesomeness.