Sports > Soccer > How To Watch Soccer in America

How To Watch Soccer in America 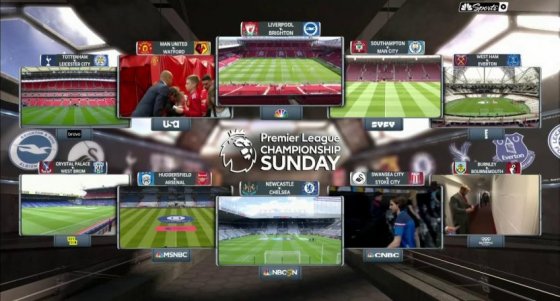 Try explaining the soccer, er, European football, calendar to a novice and their eyes will probably be glazed over like a pair of fresh hot Krispy Kreme donuts before you even reach “…and then, in the 3rd round of the FA Cup…”

Sure, you understand what international breaks are, and you know to get excited about Tuesday European nights in the Champions League. You have also been known to check the scores of Carabao Cup matches (wow West Ham scored 8 goals?), but to most casual soccer fans and potential soccer lovers lying in wait, the European football calendar is a hot mess of WTF?!

Finding all of those matches on TV in America is even more confusing. So explaining how to watch soccer in America is challenging.

Soccer television rights packages are being bundled, broken up, and divided again, sold, and rebranded constantly. Did you know that Lifetime airs NWSL games, for example? Do you know what the NWSL is? Have you ever watched anything on Lifetime? 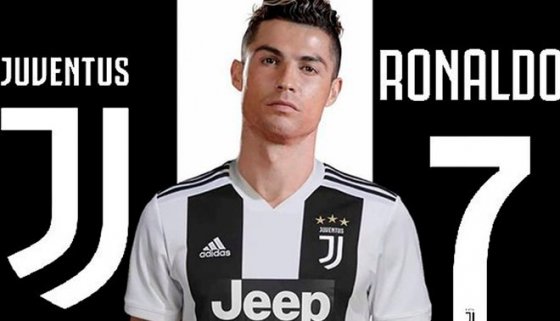 Are you aware that you can watch Ronaldo play soccer in Italy this year easier than you could have last season when he was still applying his trade (and showing off his chiseled abs) in Spain? And get ready to figure out where TNT is on your dial!

Here’s the current (as of publication) breakdown of how to watch soccer in America. In short, yes you can cut the cord and still watch soccer — a lot of soccer — from around the world but, in most cases, you are going to have to pay for it.

Below is our guide for how to watch soccer in America: 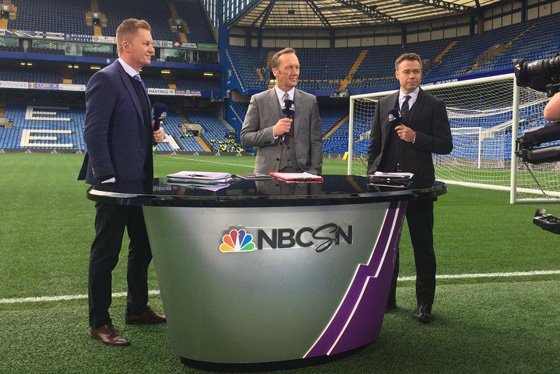 NBC Sports (included in many TV packages) is the mothership of watching soccer on TV in America thanks to slick coverage, knowledgeable British commentators and analysts on gantries across England, smart studio pundits behind desks in the U.S., and Rebecca Lowe, the finest soccer presenter on this side of the pond. Since spending $250 million on the then Barclay’s Premier League in the 2013-2014 season, NBC Sports has helped elevate the beautiful game to unimaginable heights in America. A handful of the best games each matchweek are live on NBCSN on Saturday and Sunday mornings (and, on some weeks, Friday and Monday afternoons) in America from August to May. Sometimes, like on this Saturday, you get a bonus match live on CNBC. Access to streaming the over-the-air matches on the terrific NBCSN app should be included with your TV package. You can get even more Premier League with NBC Sports Gold though… 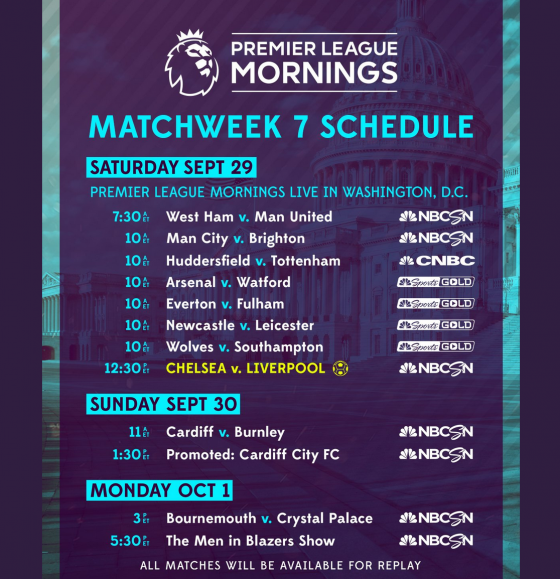 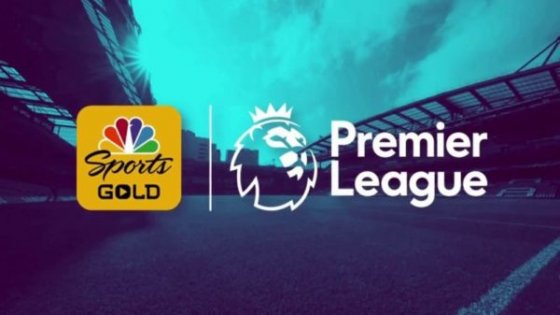 When NBC Sports first bought the U.S. television rights to the Premier League, you could watch any and all of the 10 Premier League games every matchweek on their app, regardless of which matches were chosen for broadcast TV. It was glorious. This changed with the 2017-2018 season when the NBC Sports Gold Premier League Pass was introduced. For $49.99 each season, the bulk of the matches each week, including a minimum of 4 matches per club, are behind this paywall. So, if you want to watch Arsenal host Watford (match of the week potential!) or Everton versus Fulham or Wolves take on the Saints this week, pay up! 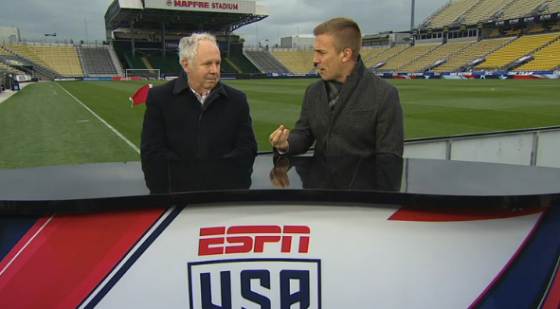 USMNT, USWNT, MLS, and the UEFA European Championships (EUROs) through 2020

There is often soccer on an over-the-air ESPN or ESPN2 broadcast but the matches are scattershot and unless you are paying close attention you may miss them. Of course the USMNT and USWNT international friendlies and certain international qualifiers are noteworthy but you almost need to check the ESPN calendar weekly to see what soccer they’ve decided to put on TV (especially during American football season when soccer takes a backseat). 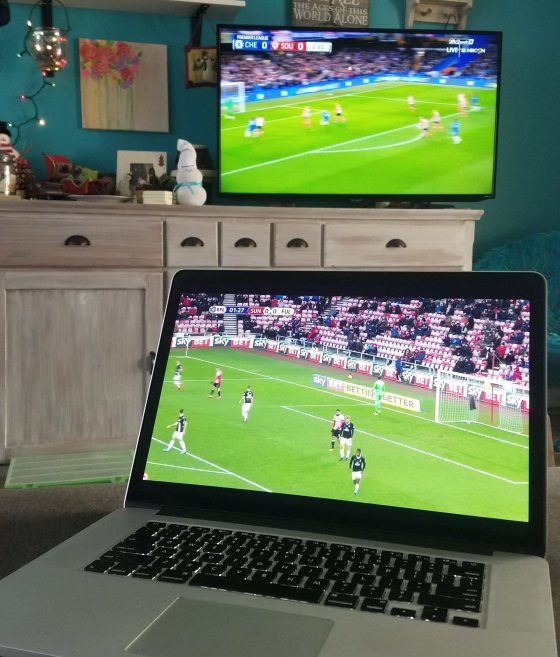 This app ($4.99 per month with a 7-day free trial) is a dream for U.S. based soccer nerds and that was true even before the sudden announcement earlier this September that Serie A matches will be shown live on ESPN+. Whether you want to tune into see Andrew Carlton play for Atlanta United 2, Frank Lampard’s Derby County play live from Pride Park, or see Cristiano Ronaldo carry Juventus to yet another title, you hand over a fiver every month with glee and dial up the ESPN app on Roku, your phone, tablet, laptop or any other WiFi enabled device you have easy access to. 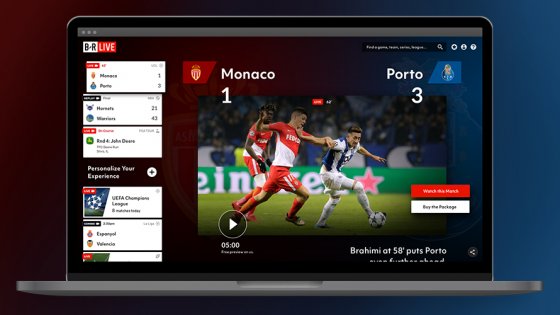 New for the 2018-2019 season is Turner Sports foray into world soccer with their exclusive U.S. coverage of the UEFA Champions League and Europa League on B/R Live. Previously on the air via Fox Sports FS1 and FS2, and online with Fox Sports Go, soccer fans had easy access to every single Champions League and Europa League match. Now, not only is most of the Champions League behind a $2.99 per match / $9.99 per month / $79.99 annual paywall, ALL of the Europa League save for the broadcast TV final match in May is going to cost you to watch on B/R Live. Ugh. That’s hideous and not a recipe for success especially not at $9.99 per month, compared to ESPN+ fee and all that it includes. The new staggered start times in the Champions and Europa competitions do allow for more viewing but still $10 a month for leagues that play only a couple of times each month is steep. 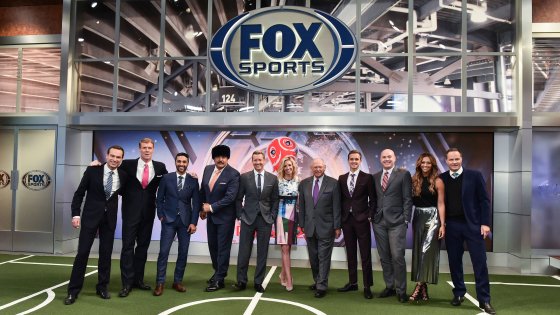 Losing the Champions and Europa League will surely hurt the stature of Fox Sports for U.S. soccer fans. Still, the national teams and some of the most promising young U.S. Men’s National Team stars like Christian Pulisic, Weston McKennie, and Josh Sargent who apply their trade in the German Bundesliga will keep Fox Sports relevant in the American soccer landscape. Plus, you will want to tune in this fall to see Mallory Pugh and the U.S. Women’s National Team qualify for the 2019 World Cup (which is also on Fox)! 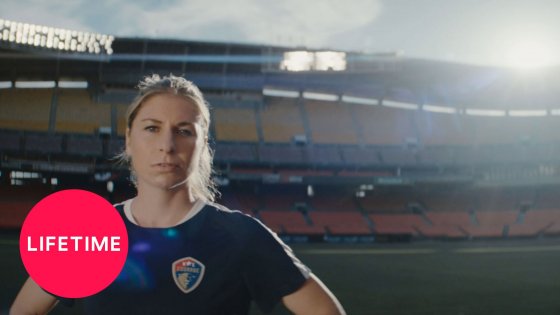 It’s good that the NWSL picked up a TV sponsor but trying to watch NWSL on Lifetime live through smart TVs, Roku, etc can be a frustrating experience. Still, if you want to see Crystal Dunn, Mallory Pugh, Rose Lavelle, Tobin Heath and some of the best women footballers in the world, tune into Lifetime each summer weekend afternoon for a featured match.

The American TV home of Messi, Neymar, Suarez, Mbappe and Grizman is, sadly, beIN Sports. The difficult to locate and expensive to bundle in with your TV package channel has U.S. rights to La Liga through 2020 and 2024 for the French league. beIN Sports is often included only in the most expensive cable package (if at all) but can be acquired through Fubo TV (see below) or Sling International Sports Package ($10 / month or $80 annually, 7-day free trial available) 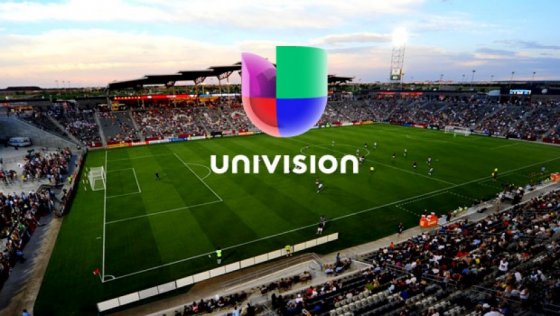 Probably the most committed channel to the world’s game historically speaking has an array of matches on each week. Even if you don’t speak the language, watching and listening to a Spanish language soccer broadcast on Univision is a special experience you should partake in occasionally to get a true essence of the game as futbol lovers in Mexico, Central and South America see it. 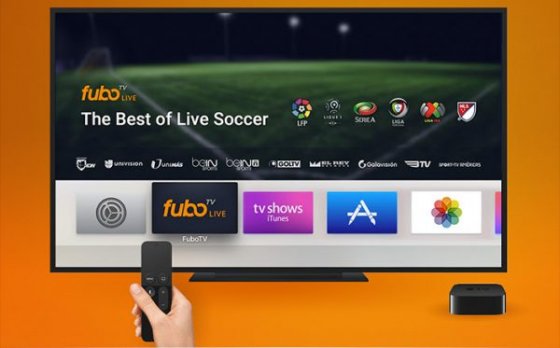 For cord cutters who still want an array of channels — including many sports and soccer outlets — Fubo TV has emerged as the leader. It costs $44.99 per month, but is available as a 7-day free trial, and offers a special price of $39.99 for the first month. If you package Fubo TV with ESPN+ and B/R Live you will cover all your soccer bases for about $60 a month plus an extra $50 a year for NBC Gold Premier League Pass and $80 for B/R Live annually….which, when you add it all up is, curiously, very close to what cable costs anyway, right? Funny how that works.