Sports > Other > How to Hurt Yourself at the Gym

By Jeffery Mitchell on January 2nd, 2022 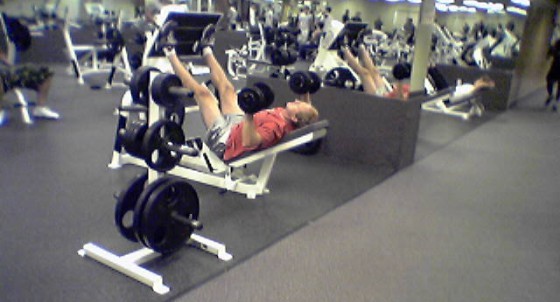 The New Year is the biggest boom time for Gyms around the country, as millions of new members stream into the gym to get fit in the new year. Regulars know that the over-crowding usually clears up by the 2nd week in January, but this week is full of gym novices jumping on the equipment.

Going to the gym, for most, is a step in the RIGHT direction; it’s like setting foot on a path that can take you straight to beach-sexy happiness. Of course, you have to stay in the gym first to achieve that. But what exactly do you accomplish if you have no idea how to exercise properly? Well, aside from hurting yourself, you’d… actually, it’s just that; you’d hurt yourself. Here are a few common ways people around the world injure themselves in an attempt to exercise and how you can avoid following in their misplaced footsteps: 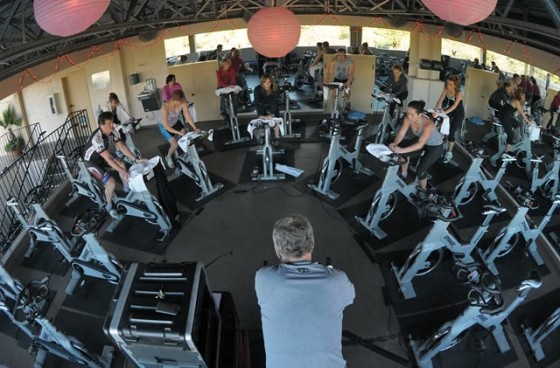 There are quite a lot of reasons for people looking to lose weight to take up a weekly spinning class and those reasons are usually the only things said people take into account when they decide to join. However, there are just as many reasons you shouldn’t go on a spinning spree, at least not with the wrong instructor.

Having a “spingasm” sounds about as appealing as having a heart attack; you probably don’t want one. Insane spinning classes like these lead to weekly visits to the chiropractor (and most likely a psychiatrist) since unnecessary strain gets put on your back and knees at pretty random moments. Of course, nutty spinning classes come in all flavors, and traditional classes that over-pump beginners are just as dangerous as bike-gyrating sessions.

Plenty of horror stories regarding beginners joining a class and being over-spun to the point of developing serious muscle fiber tears that take days (or weeks) to heal abound nowadays and for good reason. If you’ve never spun a day in your life, then you’ll need to start slow (as with everything) and work your way up. Its clearly not a good idea to hop on your metal steed and endure a brutal workout under an instructor who tells you to envision you’re being chased by rabid, mutant leprechauns.

2) Bouncing Around on Balls 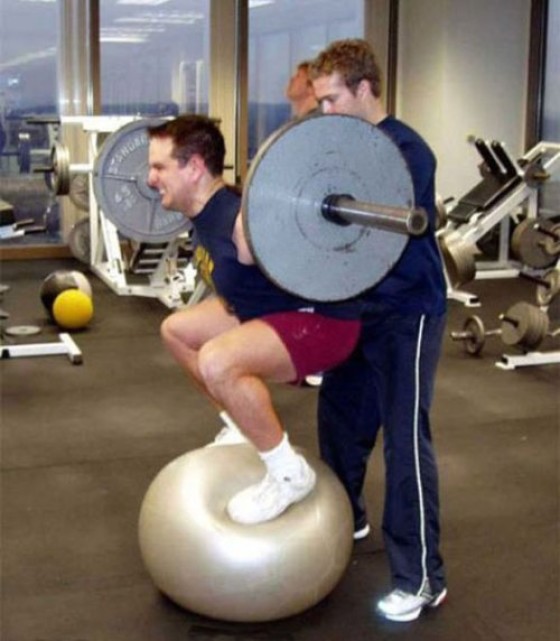 On your first few visits to the gym, almost nothing in the building can seem quite as enticing as the bouncy ball corner. You approach those exercise balls and choose one for yourself (unabashedly basing your choice on color), then roll around on it for thirty minutes, pretending you’re actually doing an exercise you didn’t just make up.

That all may seem like fun, but exercise balls are no joke (seriously) and, if used improperly, they can hurt your form and your back like nobody’s business. First of all, choosing a ball to use without paying close attention to size is nothing but trouble. You should be able to sit on a properly inflated ball with your knees at a 90 degree angle to your body. Too high or low and you’re just setting yourself up for spinal injuries.

Another major issue is instability. The point of the ball is to make your body unstable whilst you do certain moves and stretches so as to more effectively target minor muscle groups and the like. However, if you find yourself so very unstable that each rep of an exercise you’re doing looks and feels like you’re in the middle of a major earthquake, then you’re getting little to no benefit from it at all.

Also, if you’re thinking of trading in your office chair for one of these balls, don’t. For the most part, aside from making your work days just a little bit more uncomfortable, the lack of back support will leave you hobbling home each day like a worn-out old man. 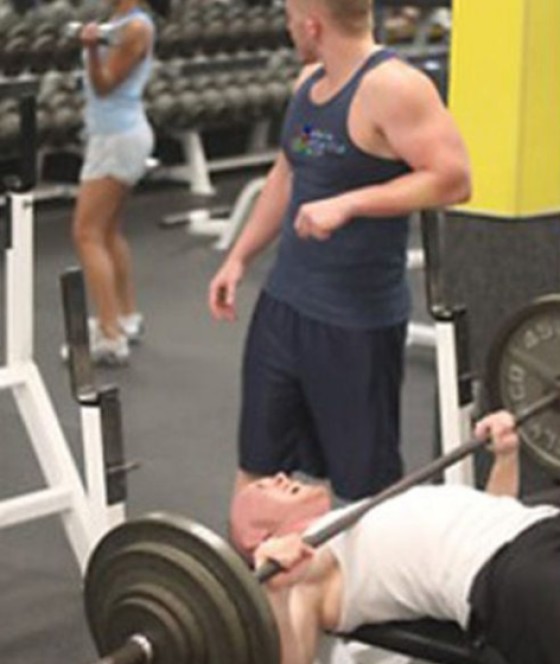 Bench presses on a standard flat bench are typically considered to be the go-to exercise for most men as they greatly help to achieve a bigger chest. But, alas, this particular exercise is the leading cause of shoulder injuries at the gym. This is due to the way in which it puts pressure on the shoulder tendons and muscles; movement is too restricted for healthy ranges of motion to be utilized.

In sciencey talk, movement of the scalpula is restricted which leads to the “ball” in the shoulder joint jumping out to the end of its own range for each rep. This brings the humerus up into the socket a bit too much for each movement which can lead to only one thing over time: pain.

In the end, though, men around the world will most likely continue making use of this exercise (and destroying their own shoulders) to get that massive barrel of a chest they long to beat on like Tarzan.