WBC Players To Watch: Pool B 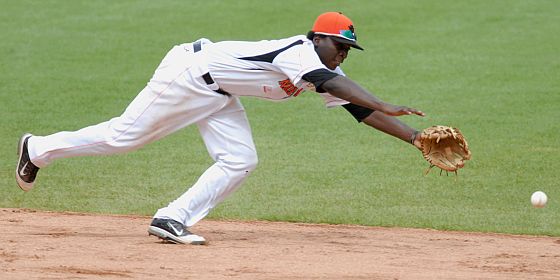 The World Baseball Classic kicks off this weekend, with players from eight countries facing off in Japan and Taiwan. For many of the international teams, the top players come from outside the major league, giving fans a chance to see some of baseball’s future stars early. We’ve compiled a list of some of the top players to watch from each of the eight squads in action this weekend. We start with Pool B, who play in Taiwan starting tomorrow. 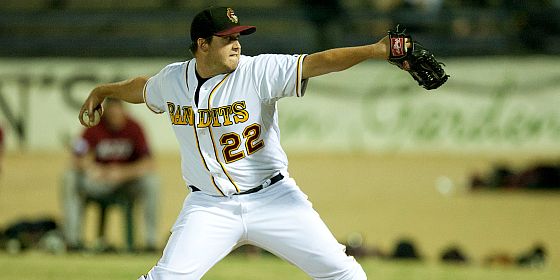 The only active major leaguer on the roster is 3B Luke Hughes, who played in a total of eight games last season. There are plenty of former big leaguers, however, including Ryan Rowland-Smith and Chris Snelling, filling out the roster, giving Australia at least a few recognizable names. The players to watch however are a pair of minor leaguers, Ryan Searle and Corey Adamson.

Searle could be pitching in the majors this season for the Cubs, having finally reached AAA last year at age 23. He’s posted a 3.63 ERA over 32 AA appearances, and has moved between long relief and the rotation in the process. For a Cubs team that is short impact prospects at the top level Searle might be able to bridge the gap until the next wave are ready.

On the other side of the ball, Adamson is an outfielder with some promise in the Padres organization. A 20 year old, Adamson is likely to start 2013 repeating A ball after struggling in a brief appearance last year. He’s not yet too old for his level, but he needs to improve his .111 average if he hopes to make the majors one day. A good WBC debut could be the springboard he needs to launch a breakout season. 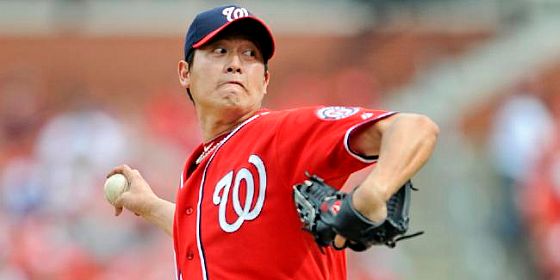 Like with Australia, there is only one or two recognizable names on the Taiwanese roster. Former Yankee and current Nationals Pitcher Chien-Ming Wang will bring the fans and make headline writers happy, but he’s not the most interesting player on the roster. That would be high school pitcher Jen-Ho Tseng, who posted a 0.84 ERA over 21 innings in last year’s World Juniors Championship. A righty with four pitches and a 95 mile per hour fastball, Tseng has already garnered interest from MLB teams, and a breakout in the WBC could see him earn a seven figure contract to move to the minor leagues. 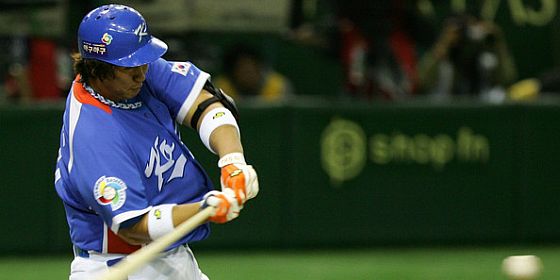 With Shin-Soo Choo off the roster there are no current MLB players on the South Korean squad, but that doesn’t mean there aren’t talented players there. The most interesting players to watch are young speedster Sang-Soo Kim and veteran slugger Dae-Ho Lee.

Lee is a 31 year old power hitting 1B, and a former winner of the Korean League’s Triple Crown. He also hit a whopping .360 for the Korean squad that won the 2008 Olympics. After a season in the Nippon League, Lee will be showing off his skills for major league clubs, hoping to earn a final big payday.

On the opposite end of the spectrum is youngster Sang-Soo Kim. At 22 Kim brings speed to the South Korean infield, having swiped 25 bases in 2012. If the Korean team has a chance to avenge their 2010 WBC Finals loss it will be thanks to Kim getting on base regularly and causing havoc on the base paths. 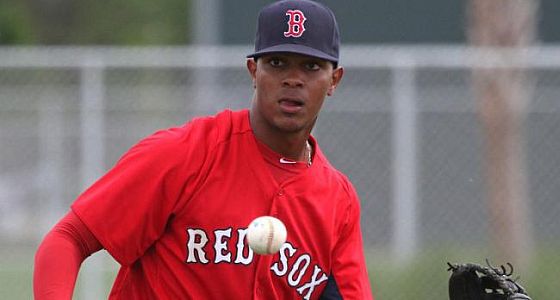 Andruw Jones and Roger Bernadina bring name recognition to the Netherlands’ outfield, but it is the infield where the real interest lies. The team sports three young shortstops with serious minor league credentials in the Braves Andrelton Simmons, the Red Sox Xander Bogaerts and Orioles minor leaguer Jonathan Schoop.

Simmons had a breakout season in 2012, OPSing .751 for the Braves after playing only 44 games above High A ball. While Simmons (BA’s #92 prospect in 2012) has the most major league experience of the trio, Bogaerts has the best credentials. He comes into this season as Baseball America’s #8 prospect, and is a contender to win the Red Sox starting SS job at only age 20. He will be playing 3B in the WBC, which may also open up the possibility of his replacing Will Middlebrooks at that position for the Red Sox if Middlebrooks’ wrist injury persists.

The final (nominal) shortshop for the Netherlands team is Orioles minor leaguer Jonathan Schoop (pronounced Scope). Schoop has bounced around the diamond for the O’s, having shared the shortstop position with current Orioles 3B Manny Machado over the last two season. Schoop fell off Baseball America’s list for 2013 after appearing at #82 in 2012, but remains the heir apparent at to Brian Roberts at 2B in Baltimore. He will field that position for the team in the WBC.