TV’s Webster vs. the Atlanta Falcons 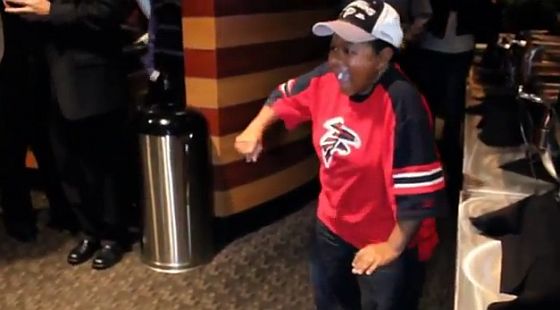 We have a confession to make. We have been worried about Emmanuel Lewis since the death, last month, of his TV dad Alex Karras. So we were thrilled to see video of the former star living it up at an Atlanta Falcons fundraiser this week. While attending the Falcons’ Footbowl fundraiser, Lewis took on Linebacker Stephen Nicholas in an impromptu dance-off. While Lewis doesn’t move like he used to in his Webster days, he can still get low with the best of them.

The Falcons might be undefeated on the field so far in 2012, but the same can’t be said on the dance floor. As for Nicholas, this is his second dance performance to make our site recently, as he took part in the bizarre D-Block Halloween video we featured last week.