Weeds To Return In August 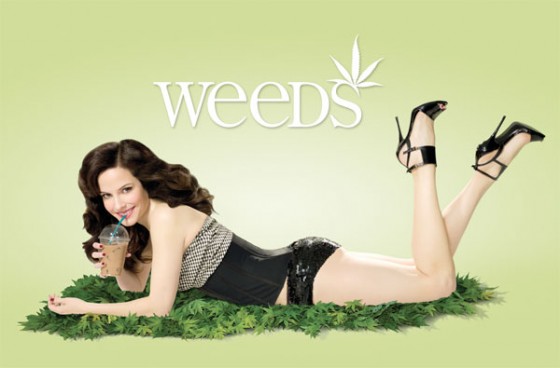 I love me some Nancy Botwin. Ever since season five of Showtime’s Weeds ended last August, I’ve been eagerly awaiting for new episodes to begin. Luckily I won’t have to wait much longer. The sixth season will debut on Monday, August 16 at 10pm. Hooray!

Last we left the Botwin clan, youngest son Shane had just caved the bitch Pilar’s skull in with a croquet mallet. How will Nancy proceed from here? Knowing this show, it will be anything but conventional. I’m hoping they ditch the Esteban marriage crap. Nancy isn’t a tied down type of gal anyway. She operates better when she’s not in a relationship.

And what will happen to psycho boy Shane? The kid committed murder, unless Pilar is still alive, which I guess is possible. Although, she looked pretty dead to me lying face down in the swimming pool. Oh well. Ill get my answers in about four months. Until then, I’ll pass the time by getting high. Nancy would want it that way.