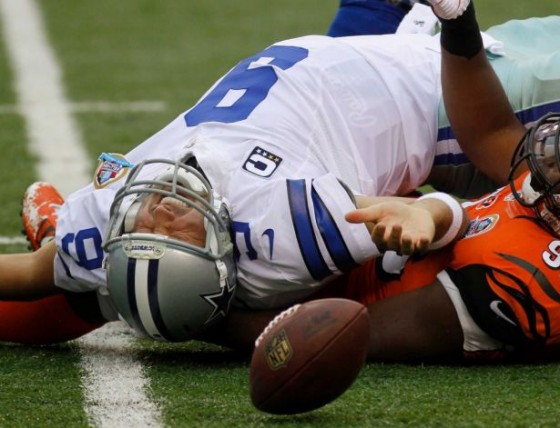 This week had more twists and turns than a roller coaster designed by Michael J. Fox. Too soon? Who cares! Anyways, there was one metric shitload of upsets this week (more like eight, but whatever), so let’s get to the games. Dallas over Cincinnati, anyone? I didn’t see that coming, but it sure was a fascinating game to watch on my phone during church. St. Louis is on what one could conceivably call a hot streak, after beating San Francisco and the Buffalo Bills. I noticed a similarity between the Rams and the Bills logos — they’re both going in the same direction:

The direction they’re both going is home to watch the playoffs.

Here’s something funny — if you look up the Rams online, Wikipedia will tell you that they are a “professional football team.” Zing! Also, the Eagles toppled the Buccaneers, which is notable, but not particularly funny. Either way, we’ve five games of note to talk about.

I can’t say this one caught me entirely by surprise. I was expecting a Giants win, but I did not expect either offense to go off so easily. The Saints defense has been a bottomless barrel of points this year, averaging 29.2 points allowed per game with an NFL-worst 460+ yards allowed per game. Despite that, Drew Brees and company keep trying to prove their offense is as good as their defense is bad; as such, the Saints are 3rd in the league in total yards at almost 400 per game, and 6th in points scored.

While that demonstrates they can put up big numbers with the rest of ’em, they were no match for the firepower of Eli Manning’s Giants, who put up 52 points to the Saints 27 for a victory in New York. The usual suspects made their mark, with Manning throwing four touchdowns and Victor Cruz going over 100 yards with a TD. But the breakout star was David Wilson. Wilson had three touchdowns with 200 yards in kick returns and over a hundred yards rushing. Also, he did this to celebrate:

Adrian Peterson is not a real human being. He is a Viking overlord from Valhalla here to make other running backs seriously consider knee injuries in the hopes of having the comeback season that he is enjoying. What I’m trying to say is Adrian Peterson has incredible numbers: 150+ yards in 5 of the last 7 games, 8 TDs in the same time frame, and 1,600 rushing yards on the season. If you drafted him and Marshawn Lynch in your fantasy league, you must be one smug son-of-a-bitch right about now. Sadly for Peterson, the league MVP is basically AP’s favorite quarterback of the year, so Peyton Manning is going to win while Peterson barely gets mentioned. 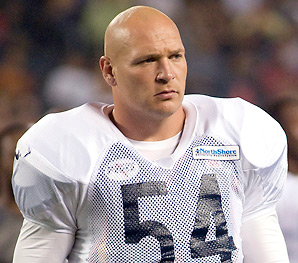 All that said, Chicago needs some addressing. After a strong start and many generous comparisons, Chicago is left at a somewhat unimpressive 8-5 record with three weeks left in the season. With linebacker Brian Urlacher out, along with some others on defense injured, Minnesota came out the victor in a 21-14. Lots of questions have arisen about what needs to be done as a result of this losing skid, with some even calling for Lovie Smith’s job.

Did you place a bet on Seattle to win by over 50 points against Arizona? If you did, that was an interesting bet, and congratulations. The term “defensive blowout” is not something I expected to hear about the Seattle Seahawks this season, but then, what else did I expect from a Cardinals team led by John Skelton? Look at this guy, he’s like football Dracula: 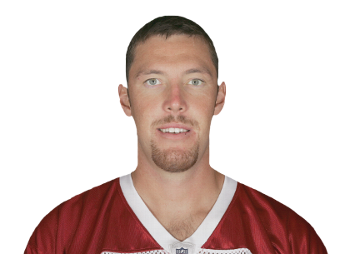 Maybe I should photoshop him a cowl.

Seattle’s full-penetration assault on everything Cardinal was dominated by turnovers – 8 total, two returned for touchdowns. The final score was 58-0, in the 10th biggest shutout of all time. Two other major factors: kicker Steven Hauschka, and RB Marshawn Lynch. Hauschka has a really unusual name, but he racked in the points on Sunday with 16. Marshawn Lynch just slightly bested him with 3 TDs and 128 yards on 11 attempts. If you’re wondering if this overall performance makes Seattle seem like a realistic contender for the playoffs, the answer is a resounding, yeah, probably. The 49ers are leading the division at 9-3-1, while Seattle is 8-5-0, although they face each other in week 16, at which point that “yeah, probably” will turn into a more definitive yes or no answer. 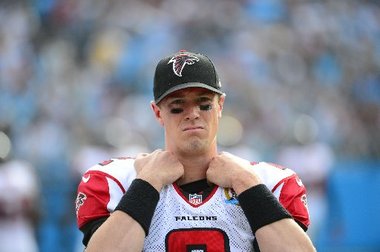 Mirror, mirror on the wall, which was the biggest upset of them all? The Carolina Panthers (3-10) surprise 30-20 victory over the now 11-2 Atlanta Falcons nears the top of my list, but it doesn’t take the cake. What we learned from this matchup was something we knew from the beginning: the Falcons aren’t the team their record suggests. In their 11 wins, they’ve only beaten two teams with winning records — the Redskins and Cowboys. What will be very interesting will be the game coming on Sunday, where they’ll be pitted against the Giants, after losing 30-20 to a team they beat earlier in the season.

Since I decided to sit Tom Brady to start RG3, I did not see most of this game because I was busy banging my head against the television. What I did see was a half a game of football in which everyone might as well have been calling out “Gronkowski who?” However, no one was doing that because it’s a mouthful and not everybody thinks like me. What I’m saying is tight end Aaron Hernandez had a great night, with a significant number of targets and a pair of touchdowns. Similar story for wide receiver Brandon Lloyd. Cornerback Aqib Talib did a good job holding back Andre Johnson before leaving with an injury. 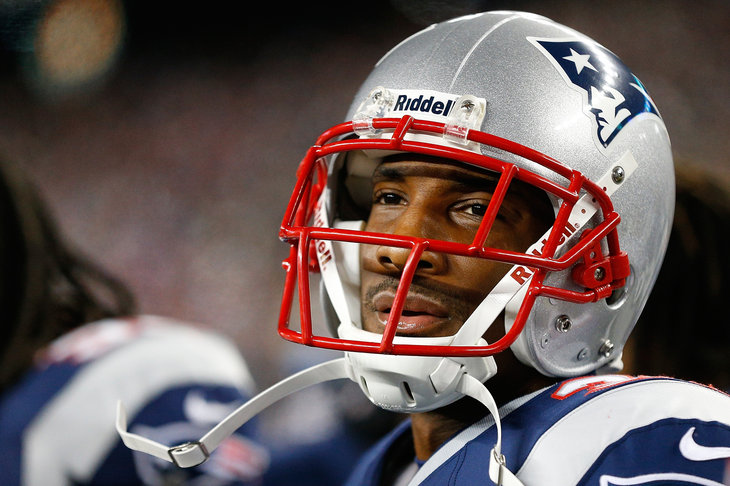 What didn’t happen was anything for Houston. The Texans showed up and immediately left quietly. Minimal yards after reception and a defense that couldn’t keep up with Tom Brady’s quick tempo led to a final score of  42-14 for the Pats. Arian Foster had a decent night, but nothing to write home about with 46 yards and one TD rushing, plus 39 yards receiving. That said, Foster does continue to dominate the top spot for touchdowns among running backs at 14, four above the second spot held by Peterson.