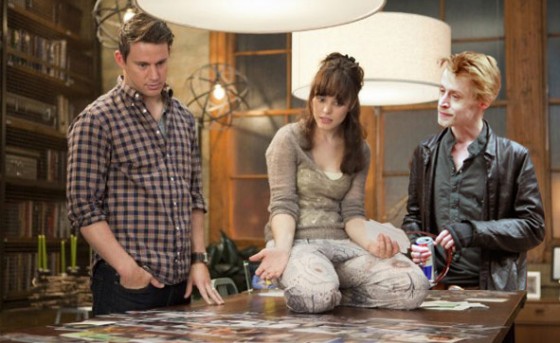 I’m going to chalk up this weekend’s box office results to wives and girlfriends dragging their menfolk to multiplexes for, 1) payback after seven months of football, and 2) a pre-Valentine’s Day date. It seems like the most reasonable way to explain Channing Tatum’s and Rachel McAdams’ amnesiac rom-com The Vow knocking out Denzel’s rogue CIA agent, The Rock’s trip to dinosaur island and Georgie boy’s 3D Jar Jar Binksgasm.

I’m also surmising the 73% of audiences who “liked” The Vow on Rotten Tomatoes is comprised of 17,000 women, 200 gay dudes who swoon over any movie involving a wedding and seven guys who thought they were voting based solely on the quality of McAdams’ ass. Whatever the case, Screen Gems was wise to release it when they did. Chicks dig hunky ex-strippers turned actors from the Mississippi bayou, and McAdams was in The Notebook which pretty much makes her the Princess Diana of romantic comedies.

All in all, it was a banner week for Hollywood bean counters, especially for early February.