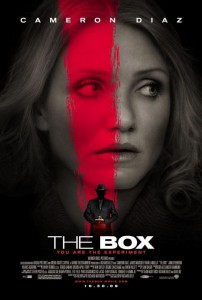 After a Halloween weekend that had a dead man rule the weekend, Hollywood fires off its load this weekend with four new wide releases.

First up is “The Box”, a horror movie directed by Richard Kelly, and starring Cyclops, Nixon, and a non-naked Cameron Diaz. It’s based on a story by Richard Matheson, just like “I Am Legend”.  For those who don’t know, it’s based on the true story of the Gunaxin offices, where we have a button we press that gives us a million dollars and kills a random stranger.  Look, we have to afford beer somehow, OK?

Hint to Movie People : Make your YouTube trailer embeddable, and we’ll put it on the site. Disable embedding, and we’ll tell everyone your movie sucks, and they shouldn’t go see it.

In the “unintentional horror” category, we have “A Christmas Carol”, which tells Dickens’ classic story with the same technology they used to create “Beowulf”, meaning you’ll be elbowing the guy to your right to pass you the damn controller so we can skip this cutscene. This was directed by the guy who made freakin’ “Back To the Future”. We get the feeling this’ll be more like “Back to the Future II”. 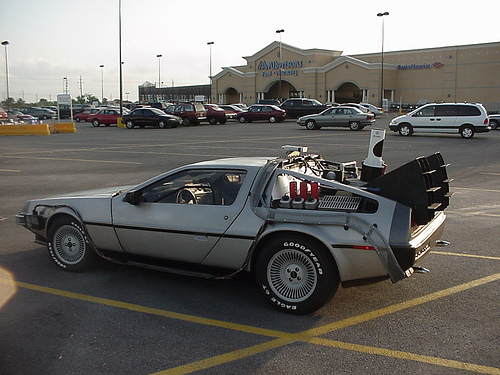 Rounding out the wide releases are “The Fourth Kind”, a comedy about how Milla Jovovich thinks anybody goes to see movies starring her that aren’t titled “Resident Evil”, and “The Men Who Stare At Goats“, a star-studded movie featuring Kevin Spacey, George Clooney, Ewan McGregor, Jeff Bridges, and goats.  Unfortunately, it’s distributed by Overture, so if you want to see George Clooney convinced he’s psychic, better go this weekend. Early this weekend. Like maybe Friday morning.