There, I Fixed It 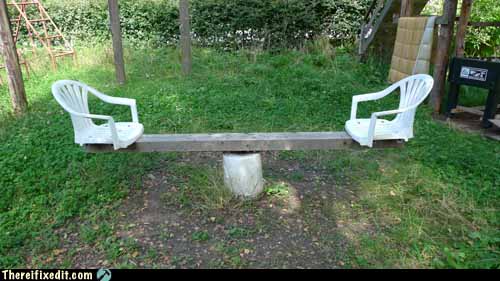 People are unbelievably stupid. But, to disprove their inane stupidity they do their very best to make themselves look far less stupid by doing, not surprisingly, incredibly asinine things. It’s a vicious circle. But, humans are known for being one of the few animal species to not only use tools, but also to think and comprehend the situation they’re in in order to improve upon it. Yet, be that as it may, often times the percolating levels of buffoonery take over and the end result -though slightly modified- is hard pressed to be called ‘better’. Here’s a look at just what pinnacles of FAIL human kind can reach without really trying. And please, after laughing uncontrollably at these pictures, visit the folks at There, I Fixed It. We borrowed all of these images from them, but they have tons more where these came from.