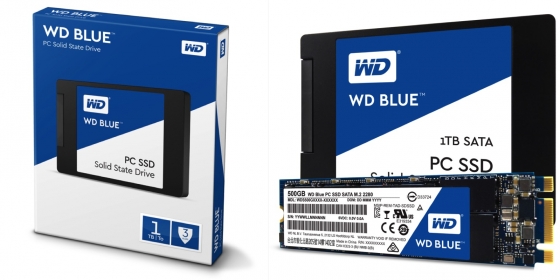 This post is sponsored by Western Digital. All opinions are our own.

The machine we use on a daily basis to edit this website is a six-year-old laptop. It originally came with a 5,400 RPM traditional hard disk drive, and largely for that reason we despised editing video. It was so slow that it was intolerable to do that type of work. Recently we discovered the magic of a solid-state drive (SSD) and were delighted when Western Digital reached out with an offer to try their new product, the WD Blue SSD.

Traditional hard drives utilize spinning magnetic platters and a read-write arm that swings back and forth across the platter. It’s a mechanical device with moving parts which make it slow, loud, delicate, and energy hungry. A solid-state drive on the other hand doesn’t rely on any moving parts, and data is saved to a pool of non-volatile NAND flash. It’s the technology that we trust for our memory cards in our digital cameras, and storage on our smartphones. It’s the modern way of storing data, and honestly a no-brainer choice in any new machine. Solid-state drives do tend to be more expensive per gigabyte, but they are vastly superior for most uses. 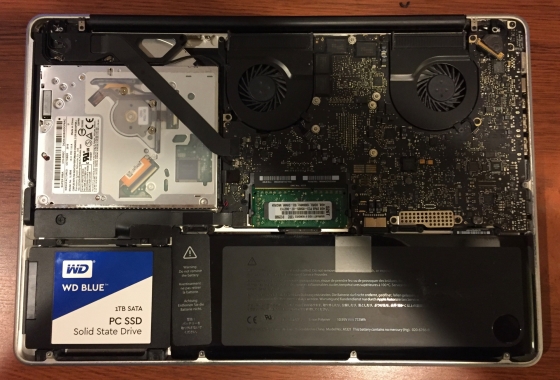 For decades, we’ve personally trusted the folks at SanDisk for our flash memory needs, and the folks at Western Digital for our hard-drive needs. Earlier this year, the two companies came together in a merger, and the WD Blue SSD is the first fruit from that marriage. So who better to trust for our critical storage needs? They sent us a drive to test, and we immediately installed it, as you can see in the photo above. The upgrade process was relatively easy, but utilizing an external USB enclosure for the old drive was critical for us to migrate quickly. Check out the video below where we discuss some of the benefits of the WD Blue SSD :

We’ve been using the WD Blue SSD for almost a month, and it has literally changed our world with its performance. With read speeds up to 545MB/s and write speeds up to 525MB/s, WD Blue SATA SSDs deliver fast system boot times and less load time for everything we do. It is optimized for multitasking, and allows us to run several demanding applications simultaneously. Editing video is actually fun now, and we’ve discovered a creative zeal for the medium.

Most of us aren’t in a position to purchase a new computer every couple of years, so getting the most life and performance out of our existing machines is highly critical. To that end, most machines (especially laptops) are really only upgradeable in two ways; memory & storage. While in the past we would always recommend memory as the biggest bang for your buck, solid-state drives are such game changers that it is now our #1 recommendation for an upgrade you should make. Specifically, we highly recommend the Western Digital Blue SSD to replace the slow hard-drive that came with your machine originally. Right now, you can use the code SUPERCHARGE to get 25% off WD SSD Blue or SSD Green at the Western Digital website. 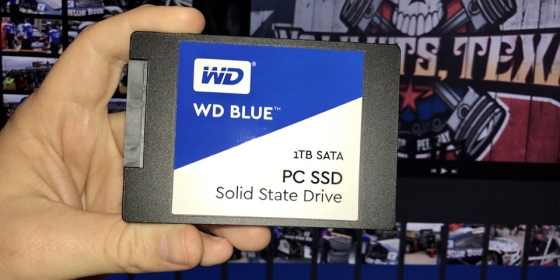