What I Did on St. Patrick’s Day 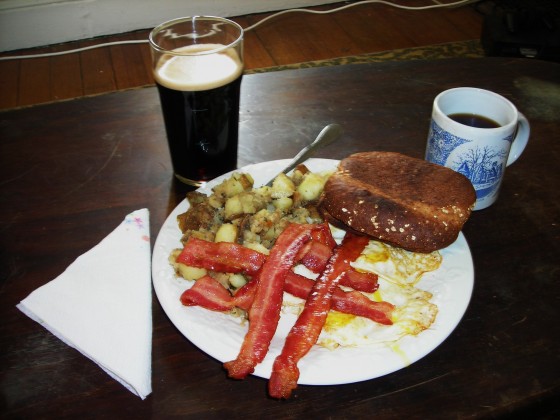 As we all know, St. Patty’s day was this past Wednesday and few other ‘holiday’ type celebrations call for as much or as oddly placed bouts of alcohol consumption. Generally (and by generally I mean never) I don’t really go out on the March holiday for no other reason than I just don’t feel like it. I’m 35, with a family, and no real desire to imbibe frivolously early in the day. In fact, I haven’t procured alcohol before noon in any capacity since I was in my early twenties. Anyway, for some reason this year I decided to go hang out at a tavern at 8:30 and attempt to relive a little of my glory days of superfluous beer drinking. Oh, and before I go on, if you’ve read any of my beer reviews (there are a plethora) I love my beer. It’s just that I love it later in the day and typically only on weekends. I’m 35. And apparently a loser. Moving on. 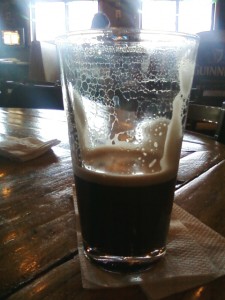 Guinness: It's What's For Breakfast!

I met my best bud Doug (yes, Gunaxin’s own) at a local watering hole called Up and Under where, as it seems, they were offering a slew of St. P’s specials up to and including the standard Guinness pints (2 bucks), green beer (it was Rolling Rock, and a buck), and breakfast choices galore. One of the breakfast goodies -and the one I was, up to a certain point, considering consuming- was Lucky Charms. Naturally. I found the table, took a quick notice that I and Doug’s familial collective were really the only patrons at the time (turns out his kids love pool. Who knew), and quickly acquired my dark goddess elixir. With Guinness in hand I plopped down and quickly perused my morning meal options. The comely service lass mentioned cereal, but then she went on the mention a plate of ‘bangers’ with a breakfast sandwich. Say what now? 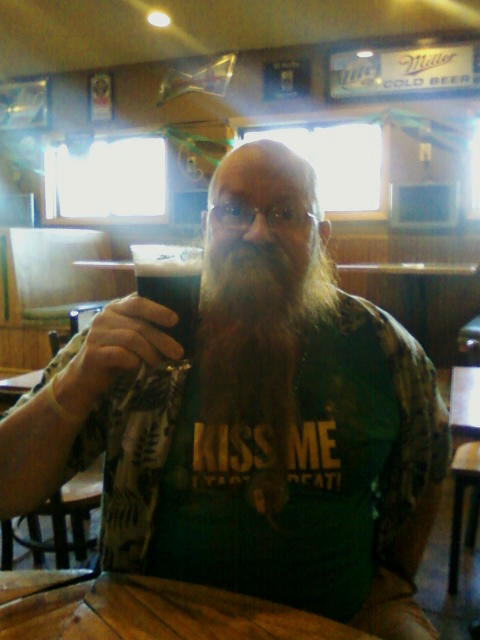 It appeared that my now beer-coated stomach was inquiring as to why I chose to fill it with Guinness before eating anything and I sheepishly answered back with a promise: bangers and eggs for you, my darling. And so I bypassed the far more humorous Lucky Charms for a plate of Irish Heaven. Boy was I glad I did. I’m pretty sure cereal would have upset the tummy Gods thoroughly enough to garner a marshmallow-hued shower of repugnant shame whereas the big breakfast made me warm and happy all over. More Guinness helped, too. 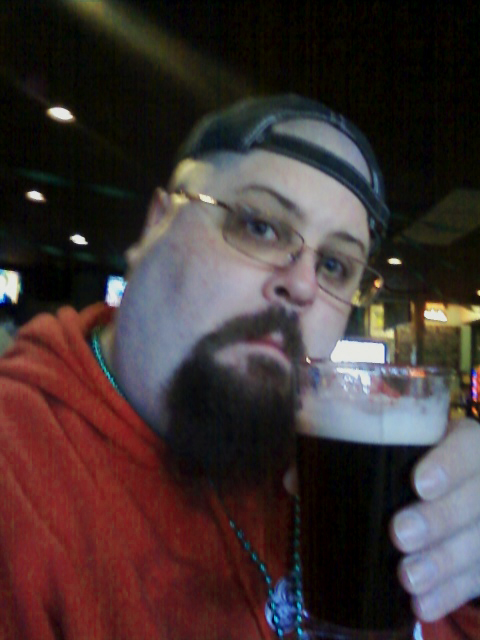 Eventually the place filled up with college students (Kalamazoo is lousy with college kids) and already inebriated, green-clad party animals and that marked the time to make my escape. You see, I’ve worn out my desire to hang out with tragically annoying university douchebags long ago, and I much prefer the company of friends who don’t think that a louder voice volume will equal being awesome. So, full and satiated with beer and breakfast, I went home. But not before I took a few amazing pics. Ah St. Patrick’s Day… long my you be a bizarre excuse to drink.