Grub > Food > What is Grimace?

The question is pretty short and to the point.

What exactly is Grimace, the McDonald’s character? 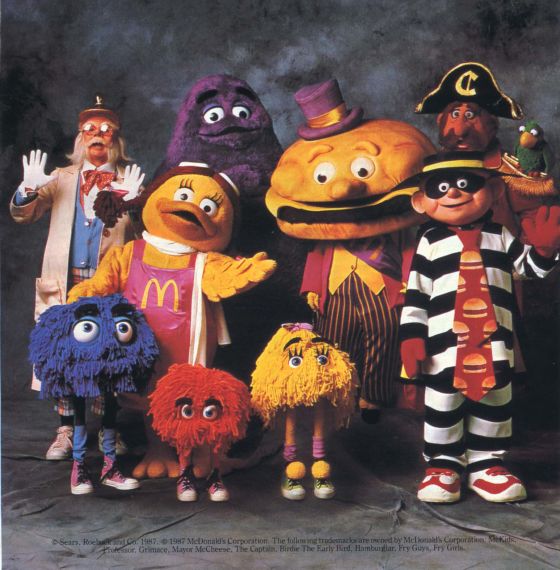 I mean Ronald McDonald is a clown, that’s pretty clear. And the majority of the remaining McDonald’s characters seem to have at least a passing resemblance or relation to McDonald’s food. The Hamburglar is a thief that steals hamburgers. Birdie is a giant bird. Not sure if she produces the eggs for Egg McMuffins or has some relation to Chicken McNuggets, but she’s pretty clearly a bird. Mayor McCheese has an enormous cheeseburger for a head. The Fry Guys look like a wad of French fries. Well, really they look like pom-pons, but at least the have some relationship to french fries, its in their name. 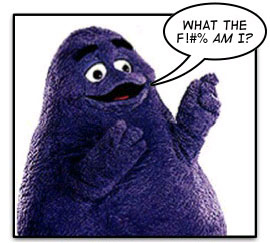 Grimace? I guess he likes shakes. Or are they called partially gelatinated non-dairy gum-based beverages? But what is he? To me he always looked like an enormous gumdrop. According to Wikipedia, he’s a member of the “wumpus” species with short arms and legs. Which begs the question, what’s a wumpus? I mean there must have been some thought process behind the original design. So I looked it up, and it turns out Grimace was not always good, nor did he only have two arms. Here’s visual proof:

The original McDonaldland characters had a more psychedelic look and were based on HR Puf’n’stuf characters. So much so, that they were sued for copyright infringement and McDonald’s paid out a hefty settlement. Certain characters were cited, but Grimace seemed to have escaped the litigation. 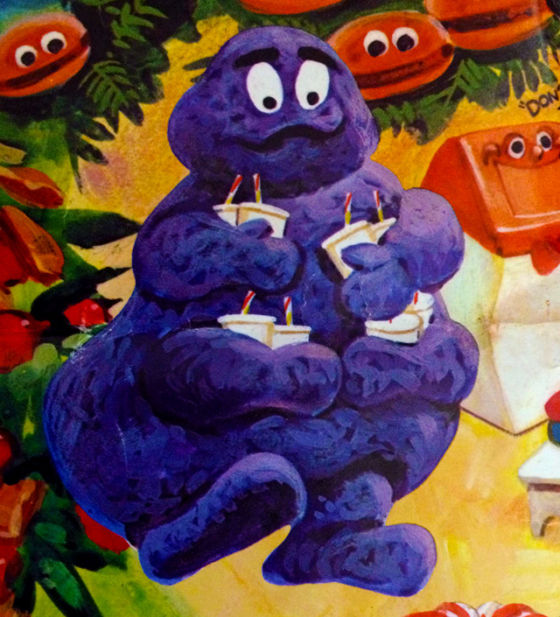 Why? Maybe because McDonald’s amputated two of his arms and made him into a good guy, thus creating a brand new character that would not be accused of being plagiarized. At least that’s the theory. But it doesn’t really answer the question. What is he? I mean even after his transformation, he must have been intended to resemble something, right? I’ve asked this of other people, but have yet to come to a satisfying conclusion. A couple of theories: 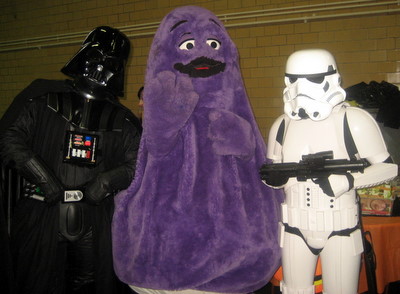 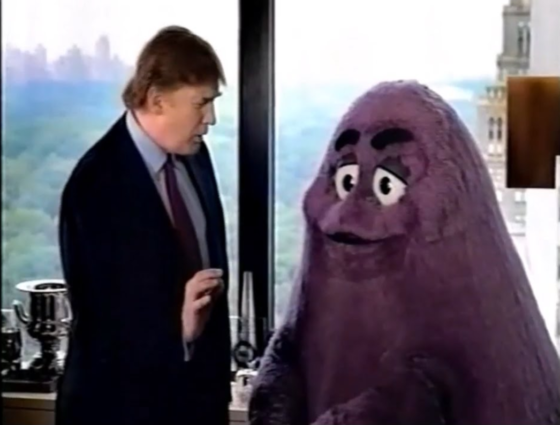 He’s more qualified to be President than this buffoon? 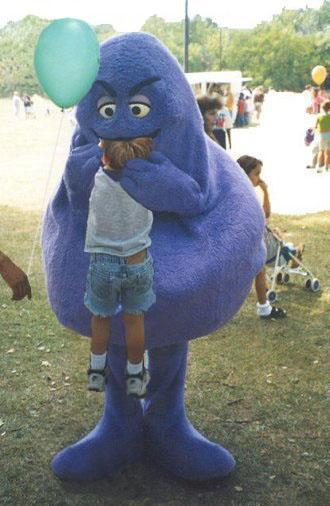 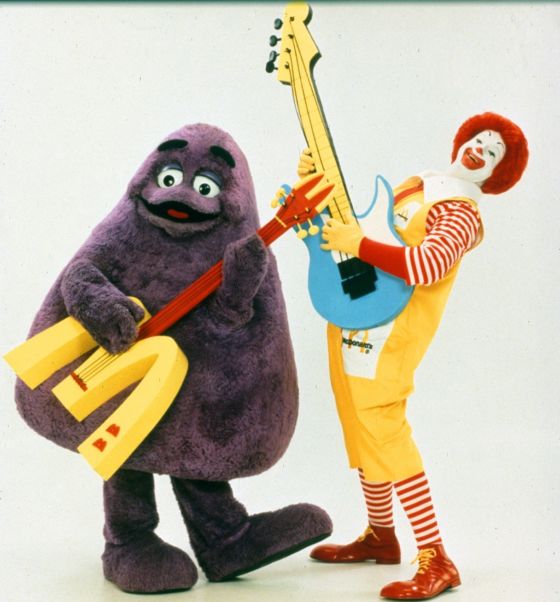 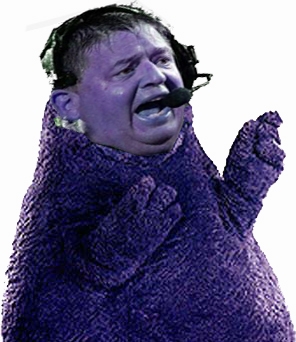 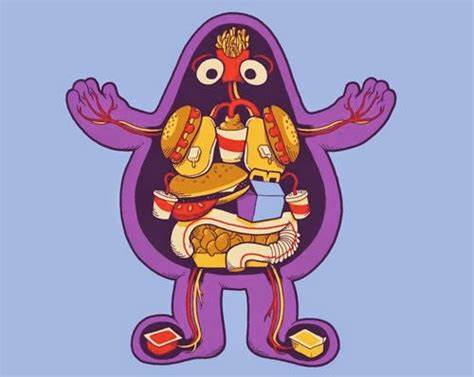 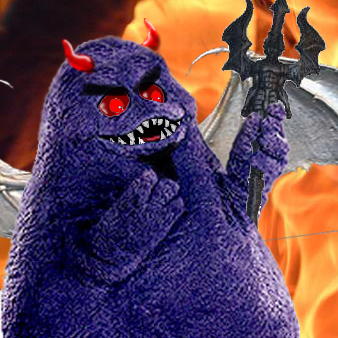 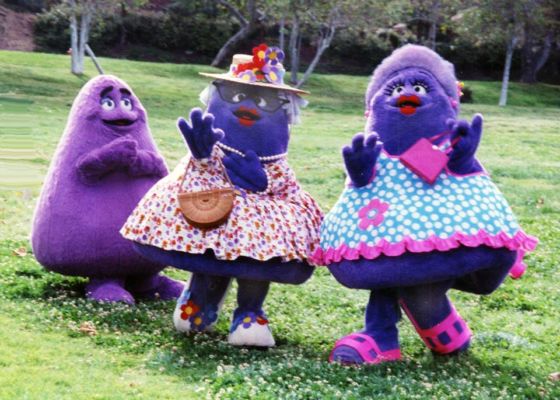 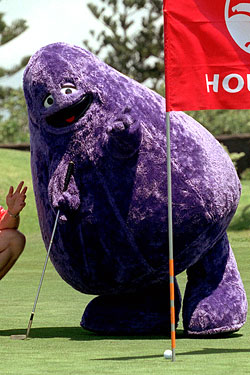 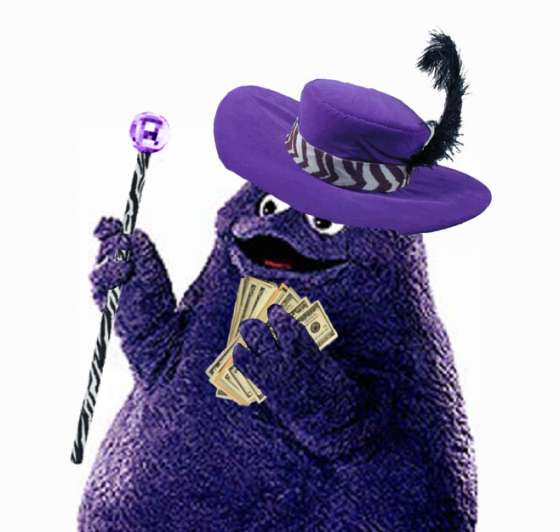 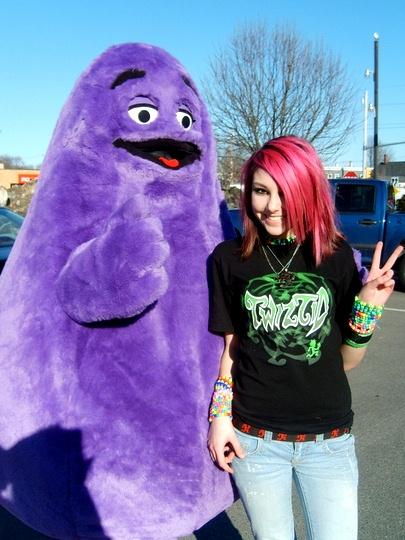 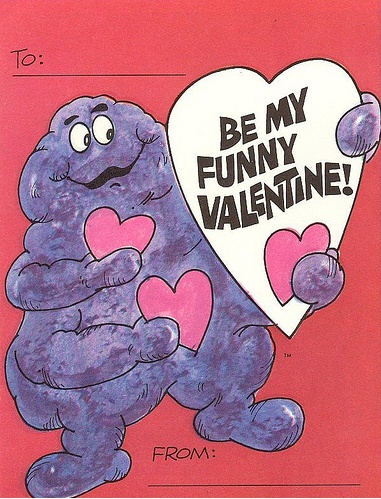 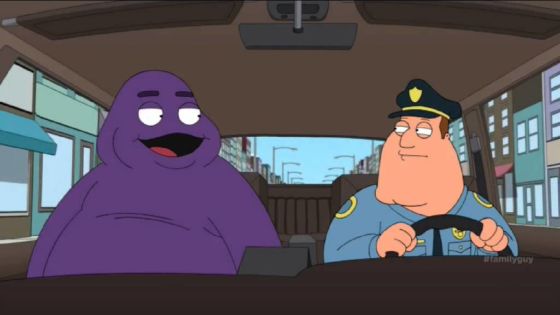 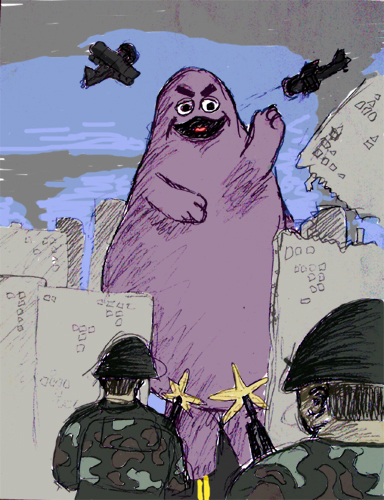 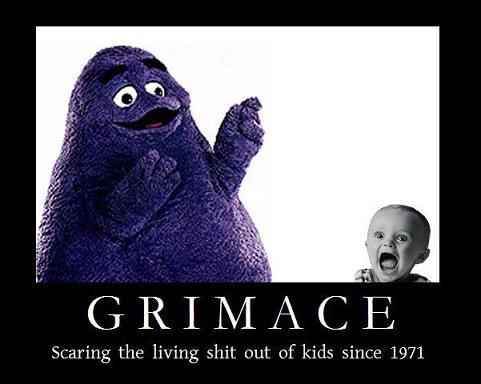 This doesn’t explain anything, but felt appropriate 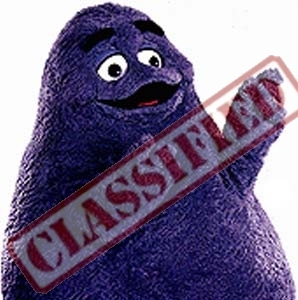 This is more the answer, which is that there’s no answer.

So I put the question forth to the people,

…and now Grimace has a few questions of his own…