Sports > Hockey > What Is Wrong With The Blackhawks?

What Is Wrong With The Blackhawks?

By Ron Balaskovitz on February 8th, 2011 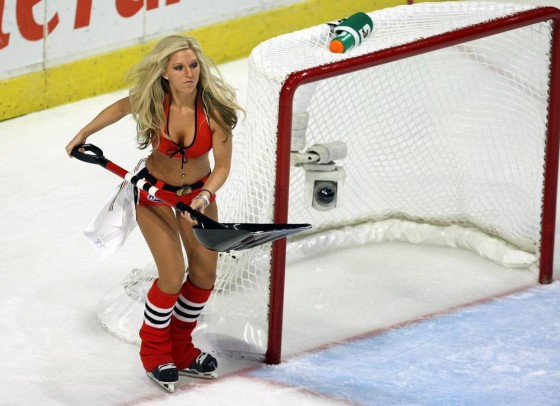 Maybe the 'Hawks can get her on the ice more often?

Coming into this NHL season, everyone expected a dropoff from the Stanley Cup champion Chicago Blackhawks, but I don’t think anyone thought that with 29 games to go on their schedule they would be in 11th place in the Western Conference, three points out of the last playoff spot, fighting for their lives, with every game getting bigger and bigger.

But a team featuring Jonathan Toews, Patrick Sharp, Patrick Kane, Duncan Keith, and Marian Hossa should not be struggling like this. Which begs the question…

What in the hell is wrong with the Blackhawks? 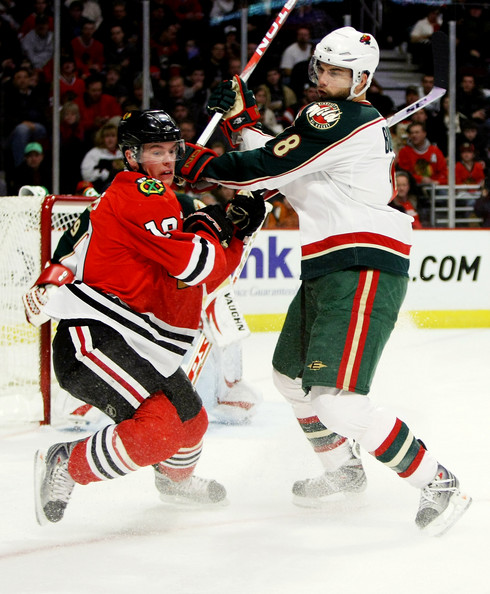 Last year on their run to the Stanley Cup, the Blackhawks were buoyed by breakout performances from players you didn’t expect. Be it Antti Niemi, or Dustin Byfuglien dominating the San Jose Sharks in the Western Finals. But the salary cap came down hard on the Hawks this year, and out went Byfuglien, Niemi, Andrew Ladd, Kris Versteeg, and John Madden. All of those were key cogs in the Blackhawks attack.

This year they have tried to make due with Jack Skille, Fernando Pisani, and Viktor Stahlberg, those top three replacements have combined for 49 points in 53 games. Ouch. Compare that to the top 3 scorers previously mentioned who were lost: Versteeg, Ladd, and Byfuglien combined for 118 points. Just this year alone Byfuglien by himself has 42 points. But it’s more than just the role players not carrying their part.

With over 22,000 fans packing into the United Center each night, you would think the Blackhawks would have one of the best home ice advantages in the league. Wrong. The Hawks have limped to a very pedestrian 16-13 mark at The Madhouse on Madison. Compare that to last year, when over the course of an entire 41 game home schedule, when they were only defeated eight times on their home ice. 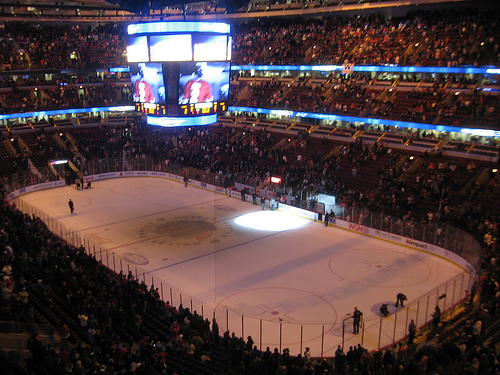 Not the home ice advantage Chicago is used to.

Last year the Hawks boasted one of the leagues top defensive units, finishing the year fourth in the NHL on the Penalty Kill, and giving up the fewest shots in the league at only 25 per game. What a difference a year makes. This season has seen Chicago fall all the way to 26th on the Penalty Kill, allowing their opponents to score almost 22% of the time on it. The shots haven’t dropped that much, only down to seventh, but that is more than three extra shots a game the goalies are facing this year.

The Blackhawks leading scores this year are Patrick Sharp, and Jonathan Toews, which should come as no surprise. Both have played very well this year, with Sharp on pace for career highs in goals and points.

But it’s the other big names who have not been as good as they should be.

Patrick Kane sits at only 40 points, while Marian Hossa has only 29. Granted both of those players have missed time with injuries, but those are players who should playing at a point per game pace, and are not near that mark.

But the biggest disappointment, maybe in the whole league this year, has to be the play of Duncan Keith.  Here was a guy coming off a Norris Trophy winning season, one in which he put up a very strong +21 +/- rating, and a wonderful 69 points. This year? A mind boggling -2, and only 29 points. His play more than any has stood out because of it’s tremendous drop off from the previous season. 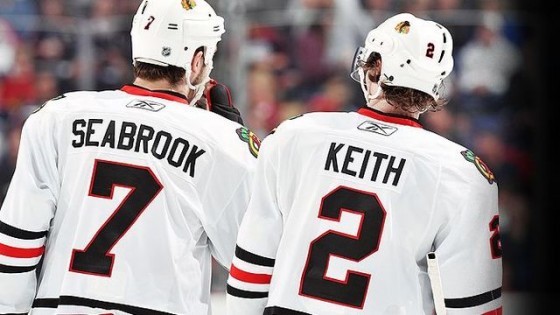 What the hell are we doing wrong?

Why They Will Turn It Around

Read the names that have been mentioned above in this post. Any team that features Kane, Toews, Sharp, Hossa, Keith, and Seabrook has a great foundation in place, and a chance of going out and winning every night. Any team in the league would be happy to have those six players on their team going forward, despite their struggles this season. Plus they appear to have settled their goaltending with the emergence of Corey Crawford this season. And if they can get back into the top eight in the west, their playoff experience from the previous year will be invaluable.

A tiger doesn’t change it’s stripes. Maybe after 20 games or so you can wonder about a team having a slow start or not playing up to their expected potential, but after 53 games, you are who you are, and that means right now that the Chicago Blackhawks are a very average team. And because they are still the defending Stanley Cup Champions, that means they are going to get every teams best game, every night. and with only 12 more games on home ice, it is going to be tough sledding for the Hawks to get back into the playoff picture.

All in all, this has not been the year the defending champions had hoped for, with all the star power that remained on this team despite the off-season, they were expected to be one of the top four teams in the west, but have fallen well short of that, and are now just hoping to get back into the playoff picture. They have 29 games to make it happen. Let’s see how it goes.