Humor > What Mother’s Day Means to Me

What Mother’s Day Means to Me 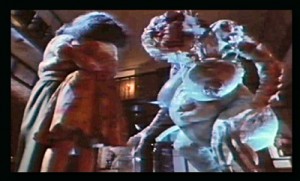 Mother’s Day. The words clamor around on my tongue like a mouthful of marbles. Painful, sharp, broken marbles. You see, my childhood was something far less than the modern Fairy Tale. In fact, something as innocent as a warm breakfast was more akin to a splash of steaming gruel to the face like a hot towel. I don’t really mean to complain, but I often wonder what it might have been like to have dribbled down that strange man’s leg onto the bus station floor tile. 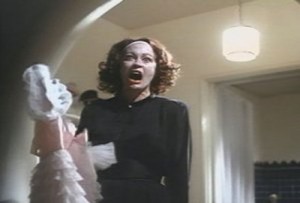 My mom was a wonder to behold: she was burly, gruff,and about as well-mannered as a drunken Neanderthal. Her binge-induced alcoholic rampages were legendary, as were the myriad bumps, bruises, and contusions I was forced to wear to school. But I’m getting ahead of myself here. Even as a baby (well, let’s just say old enough to actually recall what the color the beating bat was) I lived in the crib. Not just during nap and sleep times, but literally caged in an upside down crib where playthings -forks, sticks, insects, the occasional rifle shell- were thrust to me passed the bars with well placed kicks from either my woozy mother, or whichever ‘new daddy‘ she’d happend to schlep home all too often.

I never had another sibling to play with, though I can vaguely recall a pet of some kind. Maybe a cat. Either way, lunches were gamy for a few days. But I digress; I was alone in my barred little world with only the flickering glow of a surprisingly well stocked cable television to keep me from otherwise going totally feral. I guess my mother ‘meant well’, for lack of better more overtly descriptive term. But if I were to be forced to tell the truth, I’d have to say she quite regularly forgot she even had a son. Several times, in public locations like a park, the mall, a highway on-ramp, she’d just lose her mental facilities completely 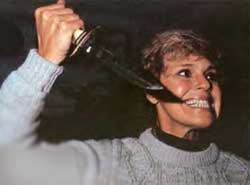 and drive off leaving me rolling my eyes in far-too-comedic fashion as I flagged down a cop or someone with food.

Oh, holidays and birthdays were rife with dark humor and unabashed violence, too. Not a Christmas went by without a visit from good old Saint Nick, all decked out in vomit-encrusted red and white, reeking sharply of cheap, drug store liquor, and ogling my mother like a famished hyena. I could here the cries of, “Santa Claus is coming” repeated through the night of Noel, never really understanding why, as the next morning rolled in, all I ever found under the white, aluminum tree was a few cartons of Pall Malls and hastily thrown together ‘no-bake’ fruitcake. Birthdays with my mother were far more exciting and I was really able to make pretty close acquaintances with the nice folks at County Hospital.

It wasn’t as though I didn’t try to make friends, it’s just that my mom would make her vivacious appearance after a thankfully calm sleep-over by stumbling down the stairs in nothing but a triple-X WWF T-shirt (still uncomfortably small) and a smile. Then she’d hysterically offer to cook us breakfast out of pickled eggs, leftover bar 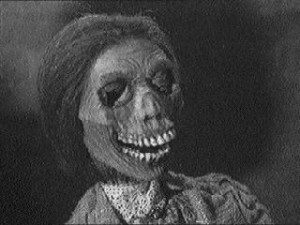 nachos, and cigarette ashes. But, as I said before, she ‘meant well’. I made it through school with only a dozen or so outbursts featuring a semi-conscious mother parading around the principal’s office like a circus freak.

Eventually I got beyond an upturned crib, right around fourteen, and was quickly moved to the unfinished basement featuring a giant furnace, a metal-spring prison-issue bed, and a laundry chute from which I was fed only slightly better than gruel: dry oatmeal and Melba toast. But this was life with mom. Finally, a few years later, my mother married an elderly banking mogul who promptly died leaving us all he was worth. To this day I wonder what became of her and those many millions of dollars as I sit in this old house wistfully meandering through my memories. Now if only I had the key to this basement…