What Re-Hashed Trends To Expect in 2011 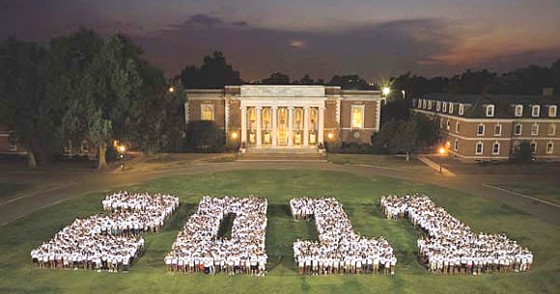 If it’s one thing we can learn about trends from proof over the last few years, it’s that they are cyclical. Basically: what goes around comes around again. If you missed it in the 60’s, 70’s, or 80’s -maybe because you’re too damn young to remember- hang on to the Merry-Go-Round for a little while and you’re sure to see it again. Think the resurgence of Bell-Bottom pants a few years ago. For a while there that’s all you ever saw: flared pants like the 60’s and 70’s never died. It was like a mess of Navy men walking all over the joint. Moon Boots? Oh sure. Right bout the time ‘Napoleon Dynamite’ came out, the snow shoe that made the 80’s so cool was ripe for a resurgence.

Even 2010 saw the revival of the skinny-jeans making everyone look like kids from the 60’s. See, we all think we’re original, but the sad truth is that the train we assume is never coming back always returns to the station eventually bringing the past back with it. So, what can we possibly look forward to in 2011? If our addled brains rich with unoriginality are any indication, it’s shit we’ve all seen before. 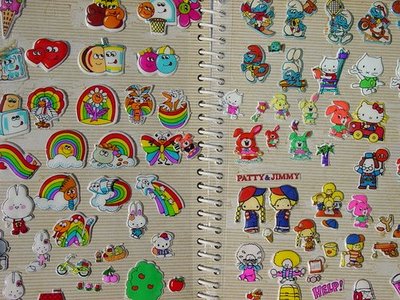 Ya know, when I was but a lad, one of the biggest trends we had was the sticker book. Yes, let’s go back and farm some more excitement from the era of One-Hit Wonders, Ronald Regan, and rampant cocaine -the good old 80’s- and bring back the fabulous sticker books. I believe more friendships were forged over who wanted to trade off their puffy unicorn sticker for a Scratch-N-Sniff root beer bottle. And these were friendships that were bonded strong. Stuck together, one might gaily admit. When you and your new buddy were on the prowl for a Dagget sticker from Buck Rogers and had a brand new Gertie from E.T. to trade with, life was good. 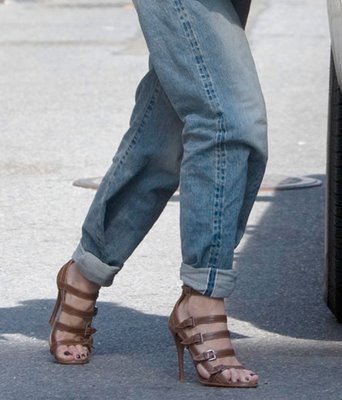 First off, if you don’t know what I’m talking about then you obviously didn’t go to high school in the late 80’s through the early 90’s. But that’s okay, were here to teach as well. Basically, picture Pegging as the polar opposite to flared Bell Bottoms. You took your jeans cuffs, folded them over once, and then rolled them once or twice to hold the fold. Bingo! Pegs. Oh those pants look tight! Literally! Yes, I did this, too, and I’m not ashamed to admit it. It was just one of those goofy trends everyone tried and survived just like everything else. I’m Pro-Peg, so let’s get to it, America! 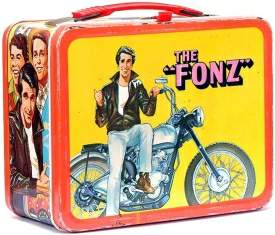 I don’t know when lunch boxes went out of favor, but I for one miss them. I envy my mother who had the privilege of packing my metal dinner bucket every day with fruit, cupcakes, maybe a sandwich, and definitely a Thermos full of SpaghettiOs! Oh yeah, when I was in Junior High (1984-1988: Portage North Represent!) I very infrequently got school lunch. No, it was all the Aladdin Metal Lunch Pails for me! Man I had Pac-Man, The A-Team, The Empire Strikes Back, The Black Hole, Transformers, My Little Pony… okay, I brought that one once, because mine was dirty! Anyway, the mamby-pamby lunch carriers of today suck so much ass compared to the heavy steel weapons of yesteryear and I, for one, say it’s time for a return! Fill those Thermoses with Chicken and Stars people! Who’s with me! 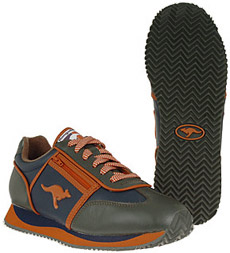 Oh how can I explain my love affair with Kangaroo Shoes. I do believe it was my shoe of choice in my youth. A shoe that wasn’t so much about the style and look, or even about the comfort or convenience factor of the gimmick for that matter… but then again it was. You see, Kangaroo Shoes were a bizarre amalgam of shoe and wallet. Basically, on the side you had a little pocket with a zipper in which you could, potentially, stash some pretty private documents or items you didn’t want lost or stolen. Great idea, right? Well… sadly the concept was a trifle flawed and you actually had to remove your shoe entirely before you could get to the contents within the pocket. I used to keep a few bucks in mine and by the time I got to the corner store on the way home from school to purchase my MAD Magazine, those couple bucks were sticky with foot sweat. Yeah. Also trying to cram a key in there to unlock your bike or something, forget it. It felt like you were trudging around on a piece of broken glass. See but the way I figure it is with today’s modern technology and shoe smarts, we could vastly improve the Kangaroo Shoe and bring them back to their former glory. With a bit more comfort and convenience. 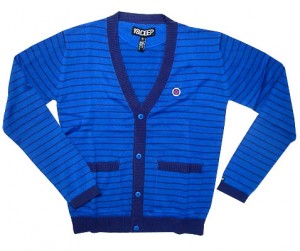 I went through a lot of phases when I was a youth. Sometimes I’d be right there on the cusp of a trend falling right into the pack and doing the same thing as everyone else, and other times I’d veer a little to the left or right and branch out on my own attempting to be cool while avoiding the herd. Strangely I had a hand in the Cardigan Sweater influx in High School. I didn’t do it on purpose, I just remember getting one for Christmas one year from my delusional grandparents and wearing for Picture Day. Well, I got lots of compliments -the bulk of which I assumed weren’t mean natured jabs- and thus began the ‘style’. I immediately talked my mom into hooking me up with a few more and I began wearing them with short-sleeve shirts and, yes, the aforementioned Pegged Jeans. Cardigans were awesome. I say it’s time to rescue them from the annals of obscurity! 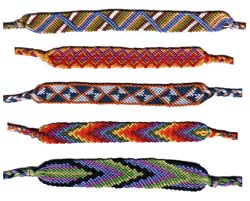 My son came home from school a few weeks ago with a neon green strap on his wrist. Upon closer inspection I gleefully discovered that it was, indeed, a Friendship Bracelet! I told him that when I was in school we used to wear them, too only ours were typically homemade and very elaborate. He cocked his head and said, ‘This one came out of a box.’ Sad really. I could tell by it’s ‘commercial’ look that it was one that used to drop out of vending machines. And those new rubber bracelets that come in a myriad shapes are just so… phony somehow. We really need to bring back the expertly crafted kind that only a specific number of kids could weave and everyone wanted. Those had class: initials sewn into them, rainbows of colors, sometimes beads… oh nostalgia, you get me right in the heart every time. No… it’s not tears. I have something in my eye…

What? Oh come on! Can you imagine that wise-cracking alien on today’s TV? Maybe even on a cable channel like FX or USA? Oh man ALF was my favorite show and so incredibly ahead of its time in terms of the writing and overtly crass humor. ALF was a genius and you could tell they had to hold back to appeal more to the younger audience. If they gave ALF his show now and just let it go a little bit I’d bet he’d be tearing up the ratings! I’m seeing a weekly, hour-long show where ALF has moved back into the Tanner’s house, but they have long since left and now it’s being inhabited by the Tanner Family from ‘Full House’! Man I’d pay to see ALF go toe-to-toe with Bob Saget! Man I want this!

Okay, this wasn’t really a trend so much as it was a vehicle used to promo the special program to follow. Hey, sometimes we just want things back because they were just plain awesome. What can I say.