Humor > Images > What the Hell Happened to Suzanne Somers?

What the Hell Happened to Suzanne Somers? 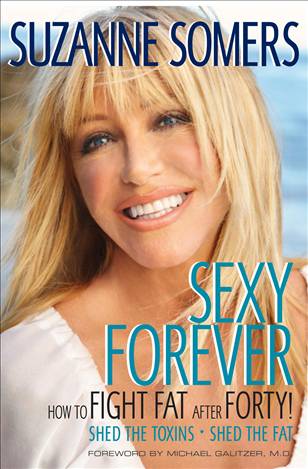 It just occurred to me that Chrissy was born in fuckin’ 1946! I had no idea she was 64! I would have easily guessed mid 70’s at the least. Sorry but seriously, have you seen this train wreck lately? She honestly looks like something out of Beowulf and ought to be chained to a dungeon wall. I remember the good old days when she was excessively smokin’ and starred along side Ritter and DeWitt in the classic ‘Three’s Company’. She was dumb as a rock, but she was hot so it was excusable. 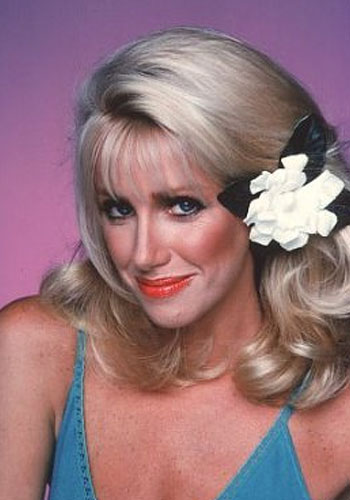 Suzanne Somers: not a gargoyle.

Ah, but now? She reminds me of a creature that guards bridges and consumes goats. Yes, I understand she had a brave struggle against breast cancer, and I’m by no means attempting to discount that, but I know a few cancer survivors who haven’t gone completely brain-fucked wacky like Ms. Somers here. In fact, according to Wikipedia: “She has been criticized for her views on some medical subjects and her advocacy of the Wiley Protocol, which has been labelled as “scientifically unproven and dangerous”. Her promotion of alternative cancer treatments has received criticism from the American Cancer Society.” Swell. So she goes from tasty tease to bat-shit crazy. Good. 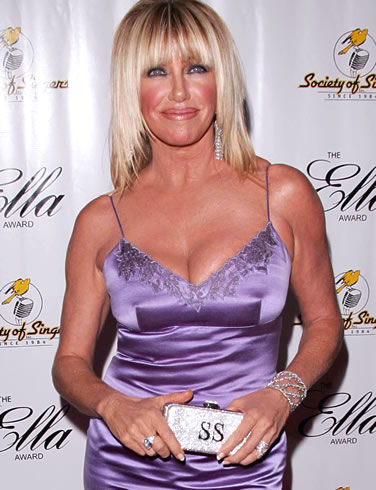 Still not quite Quasimodo... but we're getting there.

Which brings us to this mess. I saw this ad a few weeks ago and it’s been on pretty regular rotation. She looks like an anthropomorphic saddle! I have never seen a more obvious attempt to rearrange facial muscles and skin placement since ‘Re-Animator’! Her entire head looks like it belongs on someone else’s body… like maybe an orc. It’s just friggin scary. If I had a monster in my closet that looked like her, I’d have jumped out the damn window.

In closing I’d just like to say: Suzanne, we get it. You’re into all this alternative bullshit and you’ve basically turned yourself into the living embodiment of Sloth from ‘The Goonies’, very impressive. Now, kindly, get off my TV.