Sports > Football > What Will The NFL Do With The Jags?

What Will The NFL Do With The Jags? 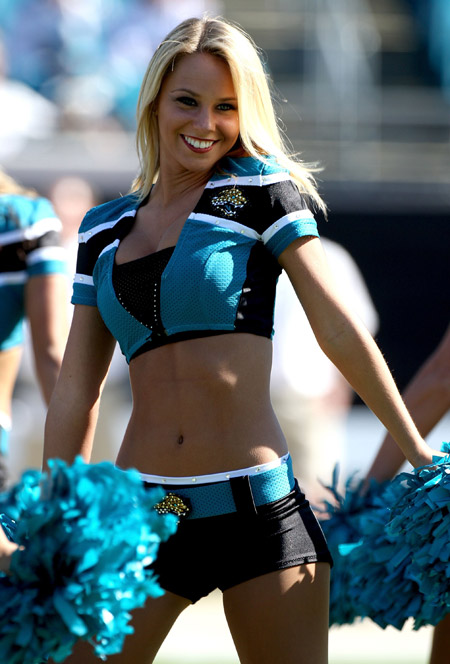 Not everyone in J'ville is smiling...

Like most of us, the NFL has settled into the annual lull when other sports take main stage while teams are working out in spurts of time without pads to construct the plan of attach for tomorrow. That’s put many on the hunt for stories hidden from the casual audience where business and finance can and will become the social topics for the diehards.  In Florida, more than a few are wondering if the league isn’t doing the same… working to construct the plan of attach for tomorrow.

For those wise enough to distract attentions with the World Cup, the closing of the NHL and NBA seasons and the drafts that followed, or (heaven forbid) baseball, the topic of the week for NFL junkies most likely slid right by without much notice… Mike Freeman with CBSSports.com put a spotlight on the economic situation in Jacksonville where football has become more of a nuisance than a delight. 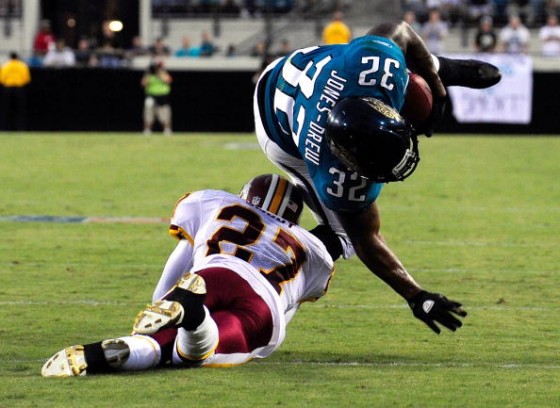 “The Jaguars are limiting attendance to its August 6 intra-squad scrimmage to season ticket holders only. It was controversial move and the team hoped fans being disallowed from watching the scrimmage would be the football equivalent of putting up ropes and a bouncer outside of a nightclub. It would create a crowd, a buzz, and fans would then sign up for tickets in droves.”

The just of the piece: football isn’t working in Jacksonville and the NFL would be wise to move it out. It didn’t take the local media long to proclaim foul (including this piece by David Johnson with the Florida Times- Union) but the blogosphere is where the topic reigned supreme. Chris Harry from NFL FanHouse, Mike Florio from ProFootballTalk, Charlie Bernstein with JagNation, Chuck Carroll from Football New Now, and bevy of others jumped in to offer two cents on Freeman’s piece.

And most are suggesting the Jags could be an ideal acquisition for the land of sweatshirts, khakis and crokersacs.

The continued fascination of an NFL team in Los Angeles takes the story further down the road of wonderment and speculation… or further down the road of  bullshit. It’s not so cut and dry, and while I’m no NFL insider and I don’t stroke the poles of the privileged to break news, I don’t think you have to be a genius to view the situation and figure it out.

– You are in Florida. Only senior citizens and immigrants live in Florida (that may be a crude stereotype but the US Census shows the number of Florida residents at 65-years of age or older is nearly five percent higher than the US average while the number of foreign-born residents is well over five percent higher than the national average). Senior citizens are too busy supporting their kids who can’t get jobs. Immigrants are now battling with those kids for work. Neither have money to waste on football.

– Reports indicate the team covered the cost of nearly 10,000 tickets last season in an effort to avoid television blackouts after nine of the ten home games in 2009 suffered blackout. This from a team that recently took a stance, begging residents to buy tickets from a franchise that already sells tickets at some of the lowest prices in the league.

Worst of all, according to Freeman from CBS, fellow NFL owners couldn’t care less.

I have no desire to beat J’ville over the head with this. Simply stated, the NFL give the town a chance by planting XXXIX there and, while the attendance numbers were solid, the overall review of the experience was horrific. John Donovan from Sports Illustrated noted the complex layout of the town and Jacksonville’s inability to focus the Super Bowl experience in one spot. Tony Kornheiser made the trip on behalf of the Washington Post and, as usual, had nothing nice to say. Carlton Thomas came in from the Houston Chronicle and, while he tried to paint the picutre of criticism with a kind brush, the sentiment is the same. Bill Simmons, the Worldwide Leader’s voice of indignation, wasted no time or word in expressing his grief with the Jacksonville Super Bowl.

You are a town questioned as the face of the “small-town effort” of the NFL and it it is impossible to suggest you shined in the game’s brightest spotlight… but you DID give more than a few teams reason to suggest a new stadium would bring similar rewards. More than a few teams have either built new stadiums or renovated existing venues since the Jags managed to pull a Super Bowl to town (Dallas, New York, Chicago, Indianapolis) with others vying for similar attentions.

It was a message sent by Goodell and that message was clear: invest in the league and be rewarded.  New York listened and essentially used Jacksonville as the the catalyst for the gamble. “We may be cold but we are not small and we have a new stadium.” 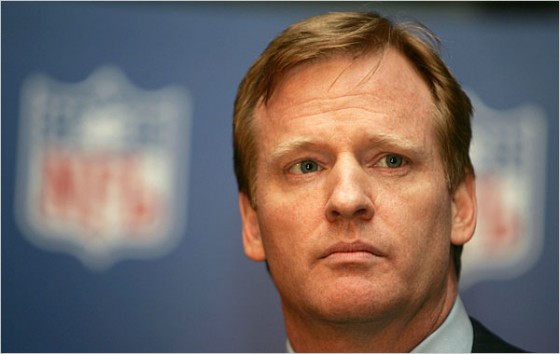 3
Roger Goodell has plans, and while the team will take part, Jacksonville will not

For the Commish the goal is rather simple. He’s made no attempts to hide it. He’s been clear and concise in his desires for the National Football League… and those desires do not necessarily include plans for football in LA.

“I don’t think we can guarantee that a team will be there. We are all working very hard to get a team back in the Los Angeles market because we know there are millions of fans there that would love to see NFL football as part of their community… The key issue is the challenges of financing a facility in this environment with the labor agreement that we have. The cost of building that stadium is almost entirely on the ownership and that is a big burden to pay in this type of environment.”

His words in discussing international aspirations for the league, a potential source of revenue that Goodell has tabbed (time and again) as the next big step for the league (as he did on CBS’s “Face the Nation” before the Super Bowl), aren’t nearly as vague.

“You have to invest in these stadiums that we’re in today. You need to find new ways of creating revenue, whether it’s international or otherwise. And that takes investment. And we need to make sure that the owners have the capital to be able to do that. And then the pie grows, and everyone benefits.”

Jacksonville isn’t investing. They aren’t creating revenue. They are simply trying to catch up (and by all accounts it is not going well). Based on those statements and countless interviews in which Goodell discusses the international market, not to mention the continued support of NFL regular-season games being played in England, is it really THAT difficult to see the Jacksonville Jaguars someday becoming the London Jaguars?

Facts are facts and they are there to read in black and white: Goodell is very interested in international markets, he’s not as concerned with football in Los Angeles, and the Jaguars happen to be one team headed down a road that suggests they might be considered for such a move. 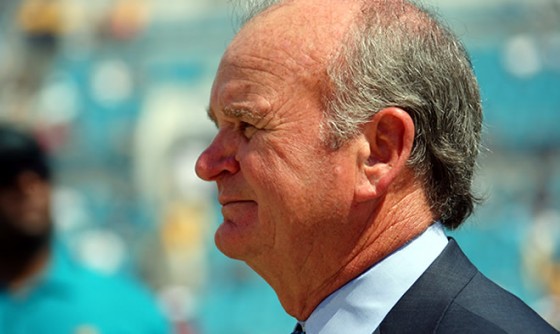 To be fair, there is reason to believe fortunes could be reversed. As Alfie Crow with BigCatCountry.com points out, the team has a plan in place to help push their stay in Florida. He also notes the team’s management may be incapable of grasping (or accepting) the true source of concern.

“I’m scared the city of Jacksonville is going to be complacent with just hitting the blackout mark, and that’s not good enough. As I said, meeting that goal is a huge step, but it’s still a baby step in the big picture. Hitting the blackout number this season isn’t going to save the franchise, and I fear that’s how it will be viewed by a lot of people.”

And that’s the beginning and end of it all. If you owned the Jaguars… if you were Wayne Weaver… do you really believe “just good enough” is good enough?

(In the interest of levity and going meta, I’d suggest you give a listen to the Kissing Suzy Kolber podcast hosted by Josh “Punte” Zerkle and our own Brandon Moskal as they talk with respiratory-challenged Jon Loesche from SBNation’s BigCatCountry.com about the Jags and their future in the Sunshine State… not only is it highly entertaining, but you might learn a thing or two… but let’s be honest, it’s the humor that brings ya’ back for more.)﻿