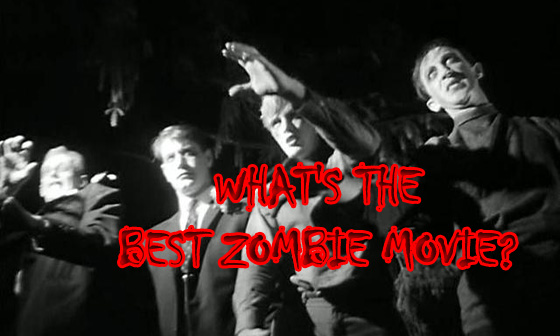 Over the past few years, there has been an incredible resurgence in the popularity of the zombie horror genre. From the books of Max Brooks, to the graphic novels of Robert Kirkman, to the countless movies that have been unleashed both in theaters and straight to DVD. The simple fact is that people love them some walking dead. And speaking of those brilliant graphic novels by Kirkman, his series The Walking Dead is back for a second season, and has already been renewed for a third. To get you hyped up for a zombie marathon on Halloween, we’re going to ask you to let us know which zombie movie rules them all? And remember, we most definitely are using the zed word! 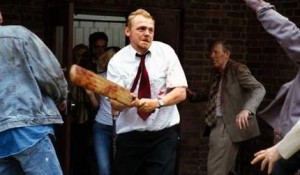 The hit British film that launched the careers of Simon Pegg, Nick Frost and Edgar Wright is not only the funniest zombie movie of all time, but it also invented the new genre of romantic comedy zombie films and has genuinely scary moments. It mixes incredible humor with equally great zombie mayhem, all whilst refusing the use the zed word. How’s that for a slice of fried gold? 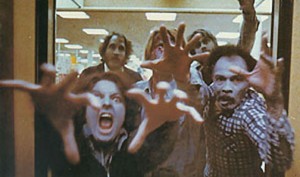 Considered incredibly gory and over the top in its day, the original Dawn of the Dead seems tame by modern standards. But it’s remembered more for the metaphors it provides than the zombie carnage. Sure, it’s a good zombie film with lots of grotesque kills, but what makes it stand out is the social commentary on consumerism in the US. 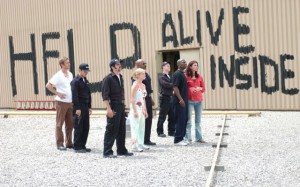 On the other hand, you’ve got the Dawn of the Dead remake which shares exactly two things in common with its predecessor: it takes place in a mall and involves zombies. Social commentary is tossed aside in favor of hardcore zombie violence (not that there’s anything wrong with that). Sure, purists deride the fact that it has fast moving zombies, but Zack Snyder surpassed all expectations by making a pretty damn solid zombie flick. 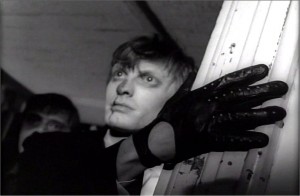 Let’s face it, this is the Godfather of zombie films (with Dawn serving as Godfather II). This didn’t necessarily invent the genre, but it absolutely defined it. George Romero’s classic, when you look back at it now, has a surprising lack of zombie mayhem. Instead, it focuses primarily on the social interactions between the people trapped in a farmhouse besieged by the undead hordes. Like Dawn, there’s social commentary and plenty of bad acting (we’re looking at you, Barbara), but it’s still one hell of a zombie film. 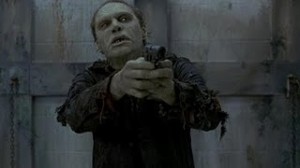 If Night is Godfather and Dawn is Godfather II, then Day of the Dead is definitely the Godfather III. In other words, it’s a whole lot more forgettable, though it still has plenty of fans if for no other reason than Bub, the “good” zombie kept, experimented on and trained by the military. Bub was clearly a precursor to the evolution of zombies Romero would touch upon again in Land of the Dead, but we’ll get to that later. 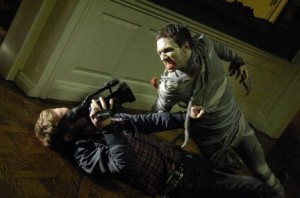 Come on, did you really think we could have a list of the best zombie movies and it wouldn’t be dominated by George Romero films? Diary of the Dead came out a couple years ago and is really a pleasant surprise. It follows some film students and their drunken professor on the night a zombie apocalypse breaks out and gets in the way of their student film; and most importantly, it features a badass scythe-wielding Amish mute. 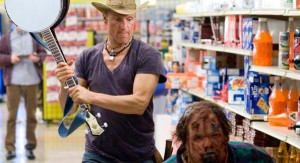 Clearly, this is the American answer to Shaun of the Dead. Originally planned as a television series (hence the “zombie kill of the week” bit that went nowhere in the film), Zombieland gives us one of the most badass and lovable zombie killers in cinematic history with Woody Harrelson’s character Tallahassee. The rules are clever, particularly in how they are presented, and it gives us the lovely Emma Stone to stare at while we try to figure out if Columbus is being played by Jesse Eisenberg or Michael Cera. 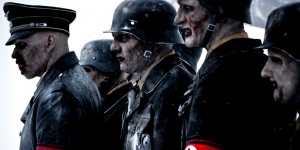 Two words: Nazi zombies. This Scandinavian zombie film centers around a group of law students who head into the mountains for a party weekend at a remote cabin, which is absolutely never a bad idea in horror movies. They discover (or, more accurately, are discovered) by a legion of Nazi zombies who have remained frozen on this particular mountain since World War II. It has humor and plenty of over the top horror to satisfy any zombie movie fan. 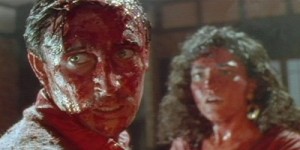 Also known as Braindead, this little gem was brought to us by the one and only Peter Jackson. Before he was directing weird little hobbits and prancing elves, PJ was making some of the goriest, most disturbing and over the top films around. Dead Alive is no exception, and may just be the goriest zombie film ever made. It’s a film so gory that we had a tough time finding any photos that didn’t make us want to puke. If you like vomit inducing zombie gore, you can thank Peter Jackson for Dead Alive. 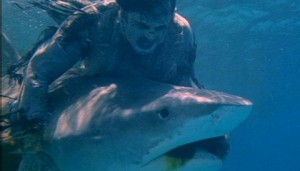 This Italian classic is one you might not have heard of, or at least don’t think you’ve heard of it. But if we say “zombie fights tiger shark” then you’re damn well going to know exactly what movie we’re talking about. Zombi 2 actually has about five titles, but the important thing here is: ZOMBIE FIGHTS TIGER SHARK! And this was before CGI ever came around, so what you’re seeing is an actual stunt man fighting an actual tiger shark. Awesomeness ensues. 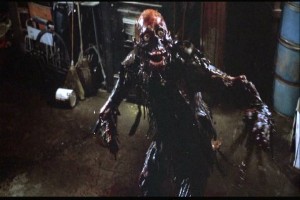 This is the film that taught us Romero apparently does not have a monopoly on film titles ending in “Living Dead.” It tells the story of a couple guys who unwittingly unleash a zombie apocalypse in Kentucky, but more importantly, this is the film that first introduced the idea of zombies walking around groaning, “BRAAAAAAINS…” 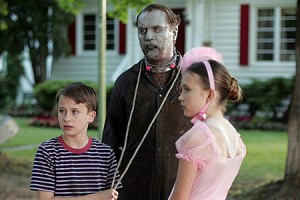 This 2006 film is about as off the wall you’re going to get in the zombie genre, in that it’s not so much a horror movie as it is the zombie genre’s answer to Lassie. Hell, the main kid is even named Timmy and it’s set in the 1950s. Comedian Billy Connolly stars as the titular zombie, who is kept as a pet by a suburban family. Of course being a zombie, Fido eats the neighbor, and madcap zombie shenanigans ensue. 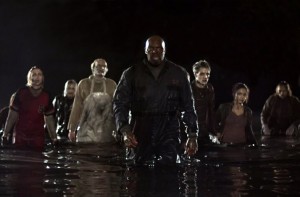 Romero went back to the well with this film starring Simon Baker and Dennis Hopper and tried to do some more of that newfangled social commentary he’s so fond of, but the things that stand out most are the zombies learning how to fire machine guns and ‘Dead Reckoning,’ the badass assault vehicle that becomes prevalent during the film. It’s not the best movie ever, but it’s a damned entertaining zombie film.

So tell us, zed-heads, which is the best zombie movie of all time? Did we miss some of your favorites? Let us know your thoughts in the comments below.

(A quick disclaimer – due to the fact that the creatures in 28 Days Later and 28 Weeks Later are not actually dead, and therefore not zombies, those films have been excluded despite how utterly badass they are.)