Gadgets > Other > What’s Up With Our Damn Future?

What’s Up With Our Damn Future? 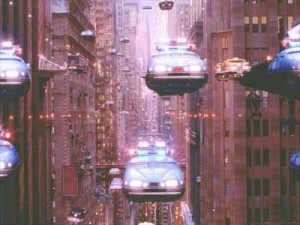 Remember years ago, like in the 50’s and 60’s, when everyone had a guess as to what our future would look like and just what types of machines and whatnot would be hanging around? Yeah, well, none of that crap happened. Shoot, even the cars we have around now are mere shadows of what they should have become and, stupidly, didn’t. I mean seriously, who among us didn’t come around to believe that flying cars would be the norm? Floating taxis, soaring buses, rocket-powered sports vehicles careening through the skies… where the Hell are they? All I wanted, when I was anticipating my ability to eventually drive as a child, was to, one day, get from point A to point B in the SKY! But alas, like so many other things (which I will be discussing here) that never came to pass, we only tasted the bitter flavor of disappointment. 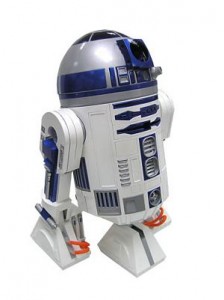 And what about robots? Man did I hope we’d have a robot maid tooling around the house doing everyone’s menial tasks and bringing me stomach ailment remedies! Oh sure, we have the Roomba that primarily vacuums your family room in a redundant set of concentric circles, but it sure as hell isn’t bringing me a beer! No, I think what we were all hoping for years ago were helping hands possibly built directly into our future homes. We wanted robotic ovens and stoves, self-reliant laundry machines, and hyper-intelligent refrigerators that would plan our meals on their own without the little lady of the house having to lift even one dainty finger. Jeez, even Daffy Duck predicted this in 1954!

Aside from the flying car issue from above, the other personal transportation device that we’ve yet to see go into mass production is the Jet Pack. Who hasn’t had dreams of stepping out of your 75th-story office window and having a winged-rocket backpack pop out of your business suit assisting in your quick flight to a 3-Martini lunch at Guido’s?  Not interested in singular usage? Fine: what then, about the Military and their mass forces of flying soldiers effectively wiping out the marauding armies of evil monstrous robots? Anyway you slice it, be it soaring from work or mass annihilation, we’re sorely missing the Jet Pack. 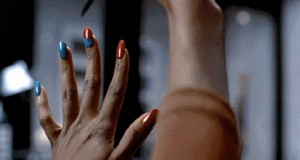 I think another major ‘Futuristic’ issue we’re avoiding here is the ability to change an outfit at the blink of an eye. Just picture the millions of dollars this could save for the fashion industry; no more billion-dollar dresses made out of recycled gold-plated other dresses, coated with diamonds and slung over brainless bag-of-antler models. All we’d have to do would be to make one dress out of whatever material necessary to transform into an entirely different outfit right on the runway! Not attracting the crowd with your mini-skirt constructed of frosted lamp shades? Well, nudge a little hidden button on your ass and, Whammo! Now you’re sporting the latest in compact disk outerwear! This would be genius! You could even make so you could change your accessories, like finger nail polish (You know that scene from Total Recall?), as well! It’ll be a hit! 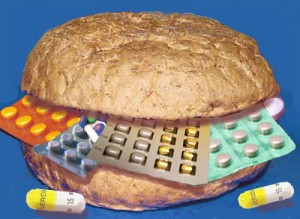 Know what I’m sick of? Meals. I’m so over having to combine various types of food to create a palatable plate for people to enjoy. Ya know what I’d really like? Food Pills! Oh what a day that would be when I could serve a dinner party of twenty with a few Dixie cups full of multi-colored tablets. Or better yet, I need to get on the horn with the Wonka Candy Company and have them whip up some of the sweets you see right here promoted by that master of the unnecessary creepiness, Gene Wilder:

On second thought, I think this scene was meant to teach us all a lesson: Food meds are far better than Food Confections.

Finally, I think what I really miss is the ability to get a good, long, uninterrupted sleep in some kind of hyperbaric chamber in the darkened lab-like room of my dull, vanilla, futuristic house. Who wouldn’t love curling up after a rough day of zooming around on your Jet Pack, eating food pills like some kind of human Pac Man, in your own, personal Sleep Pod? In fact, something similar to he Simpson’s Episode, ‘Make Room for Lisa’ would be just about perfect. I am not, however, interested in looking like Michael Jackson. That, friends, is a nightmare.

So, in closing, I believe it’s high time our ‘assumed’ future really became a reality. Take it from the Disney House Of Tomorrow ride here, and get on it!