What’s Wrong with the Miami Dolphins? 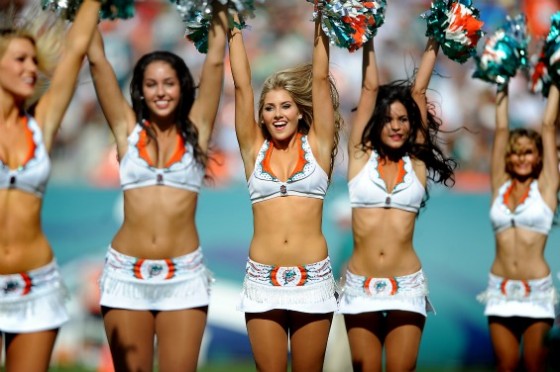 Clearly, it's not the cheerleaders.

A Miami Dolphins fan friend of mine — let’s call him Tim — texted me yesterday shortly after news broke that free agent (and unproven) quarterback Matt Flynn agreed to terms on a three-year, $26 million contract with Seattle. His sentiment was terse, angry and likely on par with numerous other members of the ‘Fins faithful.

What the fuck are the Dolphins doing?

I hold no ill will toward Miami. I neither support them or campaign against them. To me, they’re just another NFL team I rarely think about. But Tim’s despondent query piqued my interest.

The new season is still a long way off. The Joe Philbin era in South Florida is in its infant stages.There’s plenty of time to make improvements to glaring areas of need. All that said, it’s been an awful offseason for the Dolphins up to this point.

A move up in the first-round of April’s draft to acquire Heisman-winner Robert Griffin III was a possible scenario, but Miami never seriously entertained the idea. Considering the price Washington paid (three first-rounders and a second this year) to swap with St. Louis, one can hardly fault general manager Jeff Ireland for passing. Besides, there were better and less expensive alternatives.

With Peyton Manning kicked out of Indy’s stable and former Philbin protégé Matt Flynn available in free agency, it seemed a foregone conclusion one or the other would be relocating to the Sunshine State. However, the sudden decision to trade number one wide receiver Brandon Marshall to the Bears for a pair of third-round draft picks ruined any chance of luring Manning, who told the team the next day they were being scratched off his list of potential destinations.

According to NFL.com’s Michael Lombardi, Manning has been known to utter some not-so flattering comments about the Dolphins organization.

Lombardi reported Manning has said before that “Miami is a great place to vacation, but you don’t want to play there.”

Ouch. So let’s surmise Manning was never really an option. Miami knew this and figured it was an opportune time to rid themselves of Marshall, a talented player but a problem child nonetheless. The same problem child they surrendered two second-round picks for in 2010 armed with the knowledge that he was indeed an immature jackass. 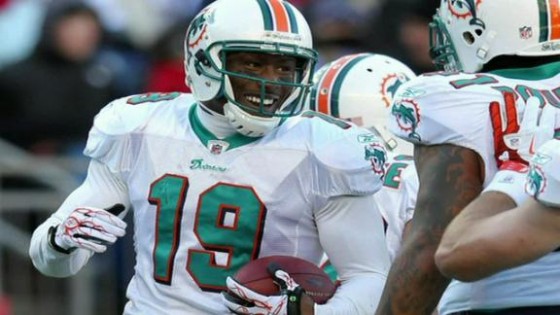 Jettisoning Marshall to the Windy City might make sense for locker room chemistry, but it makes zero sense on the field. His departure leaves Davone Bess and Brian Hartline as the leading wide receivers. In seven combined professional seasons, they have scored a total of 17 touchdowns. Marshall has scored 34 in six seasons.

Hey, I get it. Joe Philbin wants his kind of players and Marshall doesn’t fit the description. What about one-game wonder Matt Flynn? Philbin was his offensive coordinator in Green Bay. Great fit, right? Apparently not.

It could be that Philbin knows Flynn’s dirty little secret and elected to eschew a full-court press to sign him. That dirty little secret being that Greg Jennings, Jordy Nelson, Donald Driver and Jermichael Finley in a Mike McCarthy designed scheme is light years away from what exists in Miami. Committing long-term money to a seventh-round quarterback with two career starts who might be great down the road isn’t wise. Just ask Arizona.

The fallback plan, or maybe the plan all along, could be to stand pat with the #8 overall pick and select Texas A&M quarterback Ryan Tannehill. Or it could be to sign Alex Smith, who the Niners asserted they wanted back before entering into the Peyton Manning sweepstakes. 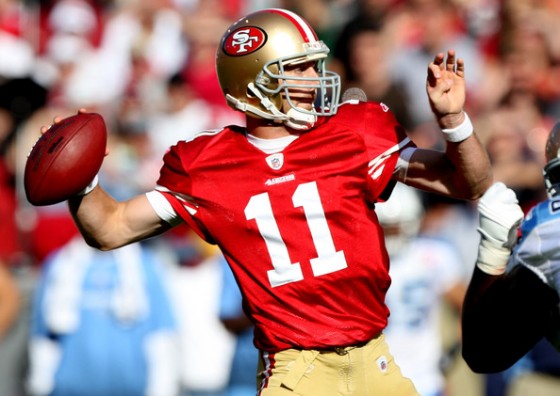 As the Miami offense stands now, Reggie Bush is their most reliable weapon. I repeat, Reggie Bush. The guy who has yet to complete a full season sans injury. Yeah, he showed flashes of his USC days last fall, but counting on him to be an every down back for the next three years is also the definition of stupid.

They’ve done nothing to replace Marshall and the once loaded wide receiver pool is dwindling by the day. They could grab Notre Dame wideout and Combine warrior Michael Floyd with the eighth pick, if he’s there. Although doing so prevents them from securing Tannehill. So many holes to plug, so few picks.

My pal Tim believes the Dolphins are a dysfunctional franchise with a deep-pocketed asshole for an owner (his words. not mine). Is he right? Are they incapable of returning to greatness with the present front office personnel?

Well, they haven’t won a playoff game since 2000. Their last AFC Championship appearance came in 1992. The last season they won more than 11 games was 1990. Since Dan Marino retired in 1999, 16 different quarterbacks have started under center.

They might not be broken, but they sure need fixing.